Home » Blog » How I Did It: Michael Marks Award Special – Alyson Hallett on ‘crossing the sound’

Ahead of the Awards ceremony on Thursday 12th December, The Poetry School has asked the five poets shortlisted for this year’s Michael Marks Award for Poetry Pamphlets to discuss the writing process behind a poem from their award-nominated work.

So far, Theophilus Kwek, Charlotte Wetton, Phoebe Stuckes and Omikemi Natacha Bryan have talked about their poems. In today’s final instalment – our first ever How I Did It in verse! – Alyson Hallett shares the inspiration behind ‘crossing the sound’.

I was staying at Hawthornden Castle
in Scotland
editing a different manuscript
a whole month spent
in silence from 9.30 to 6.30 apart from weekends
or when Quentin came with his horse and trap
to take me out along the frosty
lanes and roads

One whole month of concentration and then
on the last day
when I was due to go for a walk with Lynn
something started happening
poems pouring out of me like lava
there was a knock on the door
Lynn saying are you ready?
I’m exploding, I said, I can’t come yet –

where what’s around it
is bigger than what it is

the picture of the poem
as well as the poem

The repeated ‘curvy’
and ‘curve’
the question of whether or not to do that
and then
yes, curve twice, keep it, repeat it,
let the rhythm build,
let the curve dominate
because that’s what the ferry does when it motors
from one shore to another
it curves
everything in water curves 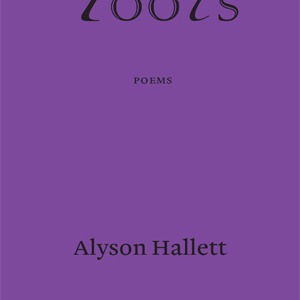 Alyson Hallett’s pamphlet Toots (Mariscat Press) is shortlisted for this year’s Michael Marks Poetry Award. Her publications and broadcasts include Chalk (BBC Radio 3), Walking Stumbling Limping Falling (Triarchy Press) On Ridgegrove Hill(Atlantic Press) and Six Days in Iceland (Dropstone Press). She collaborates with sculptors, artists, scientists and musicians. Since 2001 she has curated The Migration Habits of Stones, a project that involves taking stones around the world with a line of poetry carved into them. She lives near Bath and is a Royal Literary Fund advisory fellow.

Image: Abstract by XoMEoX. License. This image has been cropped and a filter has been placed over it.