Poetry School is run by a team of poets and arts administrators from our classrooms in London. Our work is further supported by our Board of Trustees. You can find out more about our administrative and governance teams and what we do, below.

Our teaching is handled by our ever-changing faculty of freelance poets. Information about our poetry tutors can be found on the courses they teach. For general enquiries please email [email protected]. 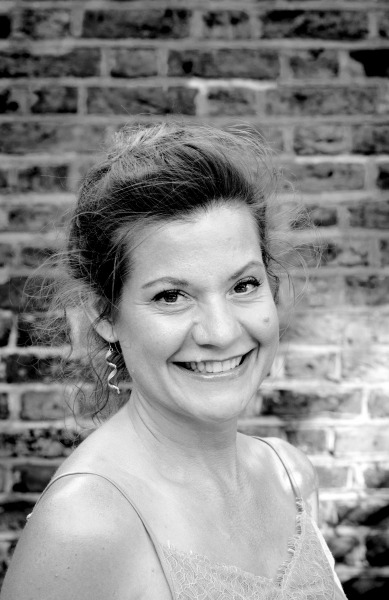 Sally is Executive Director of Poetry School, responsible for direction in areas such as funding, partnerships, alumni and other areas of strategic growth and delivery. She studied English at the University of Oxford and embarked on a career in magazine and newspaper publishing, moving into philanthropy with charities ranging from educational projects such as the Story Museum, The Poetry Archive and University of Oxford to large scale national charities targeting deprivation with OnSide Youth Zones. Sally writes fiction and is working on her first novel. Contact Sally to discuss all varieties of funding opportunities and other strategic partnerships. 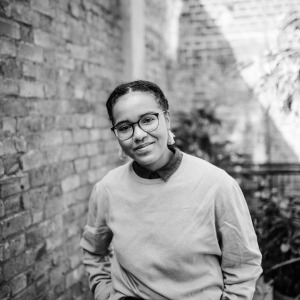 Esther is our Digital Programming and Marketing Officer. Esther is responsible for marketing and assisting in the administrating and programming of our digital programme. She is a Barbican Young Poet Alumni and a Poet in the City Young Producer. Send Esther any queries about our online classes, your publishing success stories, and all things marketing at [email protected] and she’ll be more than happy to help you out. 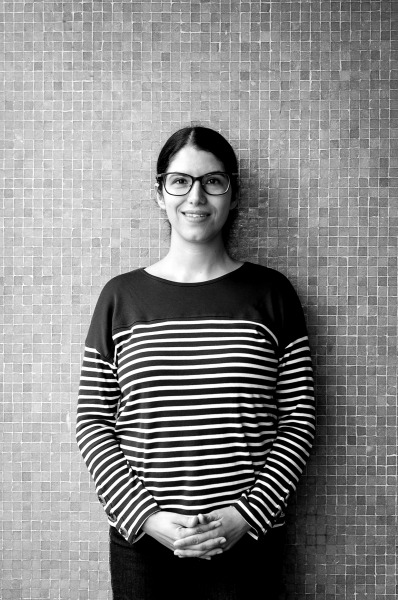 Sarala is our MA and Editorial Manager. She manages the day-to-day running of our Writing Poetry MA programme (which we run in partnership with Newcastle University), as well as marketing and events for the programme. Sarala is also the School’s Editorial Manager; she commissions and edits poetry reviews, alongside other content for the website. When she isn’t working for the School, Sarala works as a freelance writer, poet, and critic. She is a former winner of the Poetry School/Nine Arches Press Primers scheme, and a member of the Ledbury Poetry Critics. 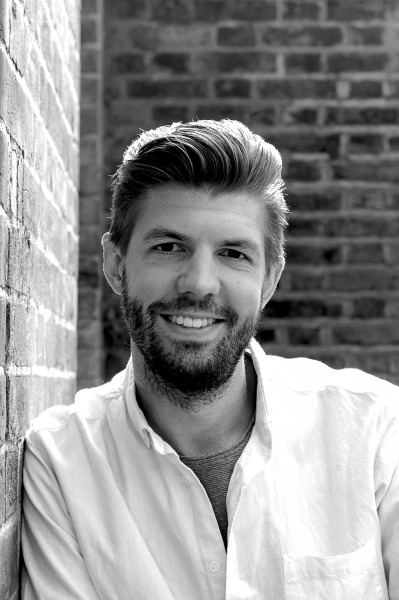 Andy is our Head of Programmes. He programmes all of our Face-to-Face and Online Courses. Andy has a BA in Media & Modern Literature and an MA in Modern Literary Theory, both from Goldsmiths, University of London. He is Director and Editor of the independent poetry press clinic, has written and produced several works for the theatre and is currently developing a PhD proposal on the writing of Mark Z. Danielewski, Deleuzian metaphysics and the philosophy of time. 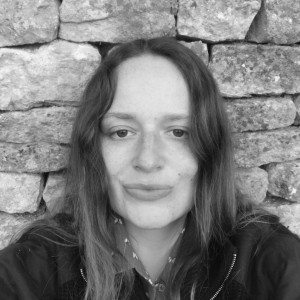 Jasmine Ward is the Ginkgo Prize Manager, she’s in charge of submissions, partnerships and social media platforms. Jasmine previously managed the Betjeman Poetry Prize, a prize designed to spark creativity in early adolescents. She also has a history in PR and events. When she isn’t working on Ginkgo she is a freelance writer (specializing in satire), as well as a copywriter and artist. 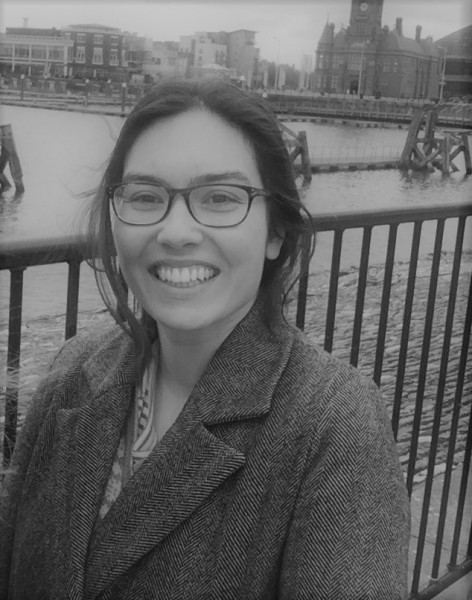 Muriel is our Administration, Digital and Programming Assistant. She assists the team with running the day-to-day of the classes. Muriel studied French, English and Spanish Literature at the Lycée La Bruyère in Versailles, and has previously worked in publishing and theatre production. She is a freelance writer and translator, and recently cofounded wearefreebird.uk.

Ed and Holly are the people who will welcome you into our premises, help you find your classroom, and make sure there’s plenty of tea and coffee on hand. Save Save 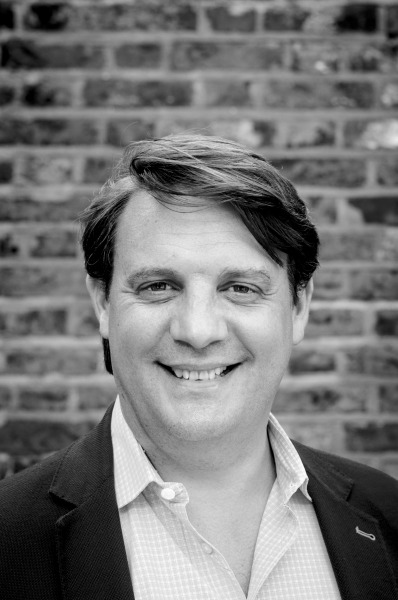 Richard Forsdyke is a partner in the real estate group at international law firm Herbert Smith Freehills, where he has 20 years’ experience in advising on major property developers, landlords and local authorities. He holds an M.A. in Philosophy & Law from Cambridge (Robinson College) and an M.Sc. in Politics from the LSE. His politics Master’s thesis was published as “After The Landslide” by the Centre for Policy Studies, where he served as a research fellow. He is a former trustee of The Pavement Poetry Trust and has undertaken courses at Poetry School. He plays rock drums to a low standard and is, so far, a failed novelist and lives 100 metres from the Poetry School in Kennington. 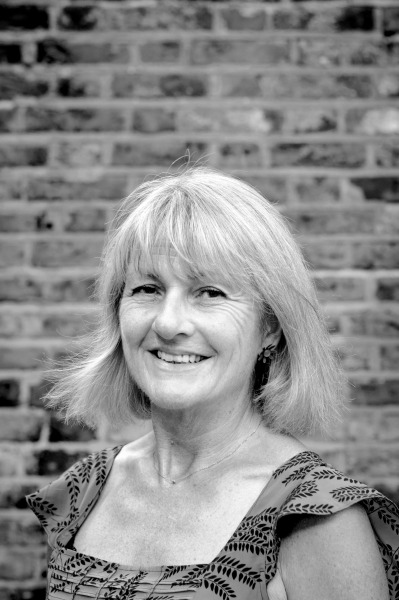 Helen Taylor (BA Hons Cantab) was Literature Officer for Cambridgeshire County Council for 9 years and is now a Literature Consultant and works for Carol Ann Duffy the Poet Laureate as PA and Laureate Project Coordinator. Helen taught in secondary schools for five years before becoming Head of Education at The Poetry Society. She has taught on the University of Cambridge’s MA in Children’s Literature and the PGCE course at the University of Cambridge. She has been a director of two Poetry Festivals and is now on the programming committee of the Cambridge Literary Festival. She has also worked for Cambridge City Council as Community Arts Liaison Officer and founded her own company The Voices Project, which developed and delivered creative projects in the community for local authorities and museums. Helen initiated and project managed the year long Poetry and Museums Project ‘Thresholds’ curated by the Poet Laureate which involved 10 poets in residence in 10 University of Cambridge museums and collections working with young people and writing new poems. 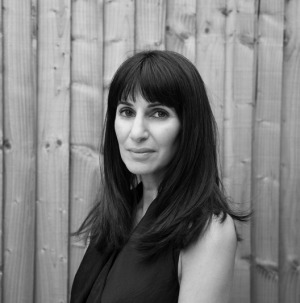 Mona Arshi worked as a human rights lawyer at Liberty before she started writing poetry. She completed her Masters in poetry in 2011 at the University of East Anglia with a distinction. Her debut collection ‘Small Hands’ won the Forward Prize for best first collection in 2015. She has also been a prizewinner in the Magma, Troubadour and Manchester creative writing competitions. Mona was the 2016-2017 Arvon/Jerwood poetry mentor and teaches and mentors regularly at schools and colleges. She has curated poetry events at the House of Commons with EVAW (End Violence Against Women) on International Woman’s Day and co-edited a special issue of POEM magazine on the theme of Brexit in June 2017. Mona has performed her work at over 40 Festivals both here and abroad. She has read at the Royal Society of Literature, Poetry School, the Southbank Centre and in 2017 she was on the judging panel for the Forward Prize and co-hosted the awards at the Royal Festival Hall. Mona makes regular appearances on the radio including Front Row and was commissioned to write a programme on The Odyssey for ‘Book of the week’ for Radio 4, which was broadcast in March 2017. Her poems and interviews have been published in many magazines but also in The Times, The Guardian, in the US and The Times of India as well as on the London Underground. Mona has recently been working with ‘Dancing Words’ and collaborated with composer Tom Szirtes and dancer Ella Mesma to develop a film poem – ‘Ballad of the Small Boned Daughter’ which was screened at the BFI in January 2018. Mona’s second collection is due to be published in early 2019 by Liverpool University Press.

Robin Boyd is director of the Poetry in Aldeburgh Festival that was revived in 2016, as well as a director of the Aldeburgh Library Foundation. Before retirement he worked in the finance sector as an investment analyst in New York, London and Zurich and then in technology, designing systems to support and automate company financial analysis. In 1990 with his wife Caroline, he also set up ARC Software Consultancy, a company that continues to specialise in, amongst other things, digital rights and repertoire data systems for the Music, Publishing, and Visual Media worlds. Robin was educated in New York, England and at Oxford (History and Economics). He is married with two grown up children. 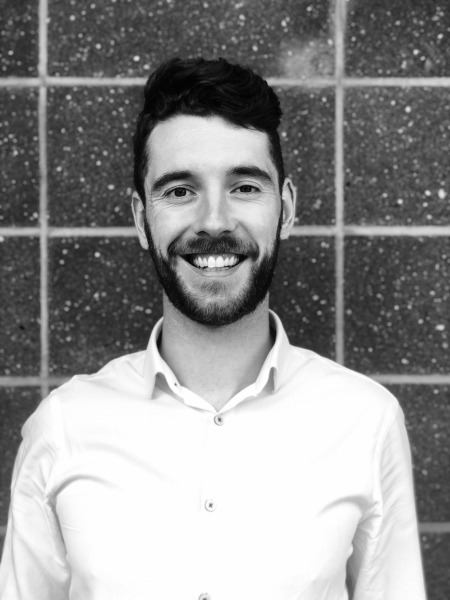 Sean McDonagh is Head of Academic Engagement at Rowman & Littlefield International, an independent publisher of interdisciplinary books on Politics, Philosophy and Cultural Studies. With experience across a range of departments at various publishers including Bloomsbury Publishing and Quarto Press, he has developed broad publishing insights, specialising in marketing, communications and community engagement. Originally from Birmingham, he now lives in London, where he enjoys writing and reading poetry, the vast array of events and the opportunity to learn through courses taken at the Poetry School. He has also lived in Italy, where he specialised in Irish and American Literature at the University of Turin, during his time studying English at the University of Leicester. He has since continued to learn Italian, completing the C1 Advanced course at the Italian Cultural Institute and is pursuing his interest in language and culture by participating in poetry translation workshops and the Warwick Translates Summer School. 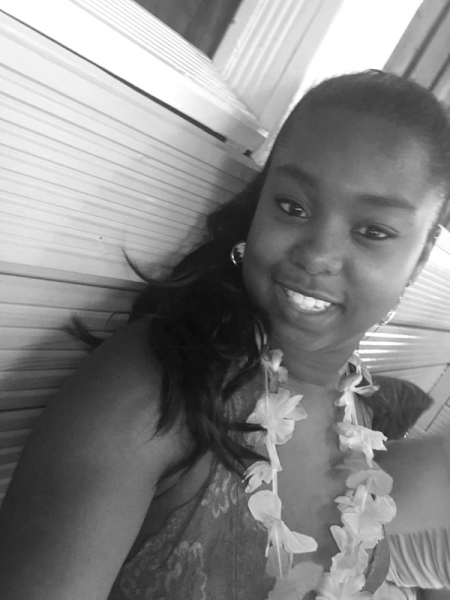 Latiya Nanton recently graduated from London Metropolitan University with a First Class Honours in Fine Art. She has experience in theatrical costume design and exhibiting her own artworks. Latiya spent her childhood learning, and teaching, dance and martial arts; she aspires to curate an exhibition series exploring her heritage, culture, and the future of Caribbean identity in Britain.

A profile for Andrew Hewish is forthcoming… Save

There are no current vacancies.