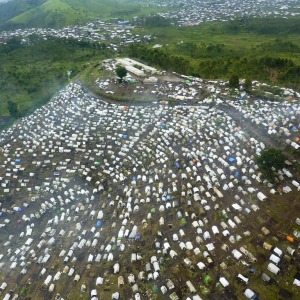 The poet Naomi Shihab Nye, the daughter of a Palestinian refugee, writes in her poem ‘Mediterranean Blue’ that refugees are ‘the bravest people on earth right now’. Although the term ‘refugee’ was first applied in Western historical texts as late as 1540, it would seem people have been fleeing their homes for reasons ranging from persecution to environmental disaster since the start of human history. According to the UNHCR, in 2019 there are 70.8 million ‘forcibly displaced people worldwide’. From Subsaharan Africa to Central America and beyond, crises all over the globe have led to mass displacement, leading to the highest numbers of refugees ever recorded. In this online course, we will explore the poetry that has emerged as an unprecedented amount of people grapple with a loss of home and face a global political climate hostile to asylum seekers. Reading poetry by refugees as well as the children of refugees and other poets on the topic of displacement, we will look at how writers from distinct places and conditions have used the art form to record their sorrows, but also chronicle their courage and hope as they seek new homes.

Natasha Hakimi Zapata holds a Creative Writing MFA from Boston University. In 2016, Literal Publishing released bilingual editions of her translations of Alicia Borinsky’s collection My Husband’s Woman and Liliana Lukin’s collection Theater of Operations. Her work has received several awards, including a 2016 Los Angeles Press Club Award for her book review of the poetry collection I Am the Beggar of the World and May Merrill Miller Awards for Poetry in 2008 and 2010. She’s worked as an editorial assistant at AGNI and Los Angeles Magazine, as a visiting lecturer at Boston University, and is currently Senior Editor at Truthdig.

‘Poetry School has encouraged me to keep learning and trying things out. I feel I have written more interesting poems as a result of Poetry School courses and being elderly it has helped to keep me in touch with a younger generation of poets with new approaches.’