Home » Blog » How I Did It: Forward First Collection Special – Eric Langley on ‘Glanced’

We’ve asked the five poets shortlisted for this year’s Forward Prize for Best First Collection to write about the process behind their award-nominated work. Over the weeks leading up to the award ceremony on 21st September, look out for ‘How I Did It’ articles from Maria Apichella, Nick Makoha, Richard Georges and Ocean Vuong. This week, Eric Langley discusses his poem ‘Glanced‘ from Raking Light (Carcanet).

In an attempt to think through not exactly “how I did it,” but “why I did it,” I’m going to riff off one seemingly odd decision: why did I choose to start this poem with what looks to be an error of both syntax and punctuation?

Perhaps trying to understand why the conjunction “and” might be followed, impossibly, by a period, might unlock a little more about what I was working through when I wrote this particular poem. Why have I refused to let the conjunction conjoin? Why does it lack coordination?

To explain what I was aiming for, a little background might be productive (not necessary, I hope, as I don’t think the reader “needs” these contexts, indeed, I can’t really remember if what follows was forefront of my mind, or somewhere in the dim recesses, or not there at all!). Most of my poems grow out of whatever I’ve been reading usually in relation to my academic work: I’m a university lecturer at UCL, writing mostly on Shakespeare – who appears in various overt and covert ways throughout my poems – but I tend to use a few more theoretical influences too, which then leak into my writing: Derrida, a little; Michel Serres, a lot. Back in the 1980s, Jean Baudrillard, in his The Ecstasy of Communication, wrote about the simultaneous contemporary pressures of feeling, on the one hand, alienated from the modern world, and on the other hand, of feeling inextricably and perhaps painfully bound into its networks, communications, and incessant interactions. Alienation, of course, often results from feeling not excluded but excessively involved, bound in, submerged among the pressures and transmissions of our networked, news-saturated, message-heavy environment: outsider status is felt keenly even from within the centre. And indeed, Baudrillard bitterly regrets that what he describes as a kind of “monadic” (singular, self-defined, self-involved, or self-isolating) stance might, at our contemporary moment, be being adopted as a neurotic reaction against these perceived pressures of an ingressive world. Lost in the sea of communication and transmission, sometimes we dream of isolation, cleanliness, quarantine, immunity, discretion, until:

Once everything will have been cleansed … then only the virus of sadness will remain, in this universe of deadly cleanliness and sophistication. … To each his own bubble; that is the law today.

It has become so easy to get in touch, so urgent that we exist in communication, that we begin to wish we could go incommunicado, get off grid, get out of contact, and retreat into this sterile bubble, cleansed but sad. Yet that titular phrase ‘the ecstasy of communication’ reminds us that we can never really be alone: to be communicative is to be communal, and to be ecstatic is, after all, to be beside-oneself, beyond-oneself, thrown out towards, and all-one with others. To allow the ecstasy of a communicative existence, where we live within and among transmissions, depending on our interactions, allowing that we are reliant on how we are received, is not easy, but may entail a necessary ethical vulnerability. To be open, is to allow risk. We are not individuals – sterile promontories, islands, rocks – but rather we are un-dividables, tied into the world, touched by it, and open to its communications. Or at least, as Judith Butler succinctly puts it: ‘let’s face it. We’re undone by each other. And if we’re not, we’re missing something.’

So, I decided to open my collection – Raking Light – with this poem, ‘Glanced’, because it seemed to me to introduce the reader to the importance of being hyper-sensitive to the space between people, the space of communication and transmission: the poem feels out into the space of passage and tries to think about the ways in which we communicate, or come into contact with others. I hope the poem ultimately says something akin to this wonderful passage from Jean-Luc Nancy who insists that:

We are not intact, or else we’d be nothing; we are undone by each other, and if we’re not, we’re missing something: these strike me as important sentiments, especially at our contemporary moment as walls go up, as minds close down both in Europe and beyond. All the poems in the book in some sense return to these thoughts, and wonder about the cost and benefits of vulnerability, of openness, of touch and tactility.

So, here, the poem starts:

The poems opens, ‘by and by,’ on a glance, probably charged with desire or love, which is sent out in the hope of contact: in fact the poem as a whole tracks this glance, which at some points is an eyebeam, sometimes an arrow. The glance craves contact or reciprocation, just like an ‘and’ surely craves contact, eager to connect this and that, this with that: to make two things conjunct. But the poem is nervous, because from the outset the ‘and’ is followed immediately by a stop, a period: ‘and.’ It is a disaster for any ‘and’ to be punctuated like this, abrupted, closed-off: just as it reaches out to connect this and that, that contact is denied. Maybe the ‘and’ which propels the sentence out towards another – subject and object, subject towards object – moves like one of Cupid’s arrows, which shoot like Zeno’s arrow (which never arrives, but just gets halfway, and halfway, and halfway), towards Zeuxis’ grapes (which were painted so accurately that birds believed they were real and slammed into the canvas). We dream of contact – contact with the other or with the real – but sometimes that contact is bruising, fraudulent, or inauthentic. Sometimes that contact turns out to never arrive: maybe the “and” never connects, never communicates? A very lonely conjunction; a lover with nobody returning their glance; a word without its referent.

So, the poem keeps cycling through a sequence of images which may remind us of other hopeful travellers, who travel about but yearn to come home, to get back in contact: Ulysses, who gets home and shoots his arrow through the ‘loop and loop’ of axe-hafts; Donne’s lovers who project hot eyebeams out towards the apple of each others’ eyes, crossing and threading on one double visual string; arrows all flying towards the target’s ‘head’, but which, in glancing, may just glance off, glance aside. And therefore (to skim fast through the poem), it becomes this poem’s ‘flighted hope… that bird cracks glass,’ and birds’ beaks ‘break… on painted grapes / on picture plane:’ all these are hopes of immediacy, of hitting home, of getting through to something, communicating, contacting. Even though, we know such attempts usually ‘bounce back’ or are ‘deflected.’  But, like Nancy, extending himself through coming and going in the world, ‘I am sore astound and all amazed’ (people in Shakespeare say things a bit like this, usually when in love or otherwise befuddled by the other), occupying the space of communication ‘while flecks dart and seeds quiver /quiver [in] the heavy freighted interim.’ We get closer and closer, and the space between us, between you and I, ‘divides / by half by half by half,’ but as Zeno said, that arrow may never arrive, that hare may never overtake the tortoise, that tip may never hit home, from me to ‘thee kinetic.’

In fact, this is a naive poem, and the ending is, accordingly, a little silly. But I wanted the silly space of poetry – where disbelief may be allowed a bit of suspension – to be one in which connections can be made, communication can be achieved, as ‘the paste-board splits / and peck hits home and … each grape breaks and / tortoise tumbles down hap with hare / and tip touches now, and now, and when / and then just so.’ And, and by the end of the poem, we’re allowed to believe the impossible, that signifiers reach referents, letters reach their destination, travellers return, eyebeams fuse lovers together, and that every “I love you” hits home and is returned: we are all ‘so palpably hit,’ enmeshed in loving networks, and suddenly each of Zeuxis’ birds – instead of hurting their beaks on the deceptive picture surface – finds impossible, wonderful fulfilment as it peck-pecks at poetic painted grapes and finds them tasty:

until each hungry bird
has flown and had his fill.

And now there is contact, satisfying and filling: all that was sent out in hope into the in-between has come to touch. Conjunctions have been made. If the first line shut down the expectancy of the ‘and’ too rigorously, with its terminal period, by its ending, the poem has hopefully recuperated from that cruelty, and comes to its naive but promising conclusion. It’s not “missing something”. It does not glance off or refuse to be undone by the other, in Butler’s terms.  And it does not shy away from getting in touch, getting to tact, to tactile contact (rather than staying selfishly intact, as Nancy warned us against): it believes in a stupidly idealistic version of an ecstasy of communication. The homecoming of the self, turns out to be in the other, no matter what the sterile brexiteers may tell us…

To tell the truth, I’m not sure if that really is “how I did it”: the process of writing this piece was, however, very much like how I do “do it”: I allow one thought or idea or influence to conflate with and permeate into another, enjoying merging images and languages, mixing my metaphors and periods, mashing together pre-Socratic atomic theory, C16th visual science, C21st affect theory, pop lyrics, misquotations, cliches, stuff my friends mention in the pub, things I teach in the classroom. It would be impossible, I suspect, I hope, for any one reader to hit on the “correct” sequence, and indeed it would be probably impossible for me to recollect my strands: that is all good, as long as readers find their own strands, make their own conjunctions, and enjoy “how we did it”. So maybe “good” readers should tip-ex out that first piece of nasty, reductive, sterile punctuation, and allow the ‘and’ to make its generous connections. It was a mean way to start a book. 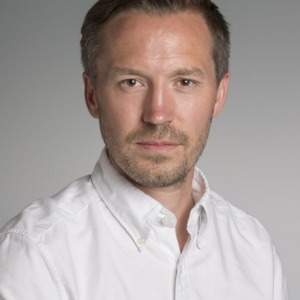 Eric Langley is a lecturer at UCL where he teaches literature from Shakespeare to contemporary poetry. He is the author of two academic monographs on Shakespeare (published by OUP), and his poetry was first published in PN Review, Blackbox Manifold, and in Carcanet’s New Poetries series. His debut collection – Raking Light – was published by Carcanet in 2017, and was nominated for the Felix Dennis prize for best first collection in that year’s Forward Prizes. He is currently working on a sonnet sequence with Emily Critchley (Boiler House Press; Penned in the Margins), a collaboration coming from discussions begun during UCL’s annual Poets Poets seminar series.

Cover image credit: Grapes Art REMAKE-II by Carol VanHook. This image has been cropped and a filter placed over it. Licence.