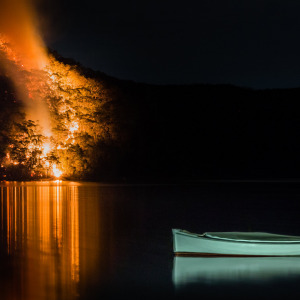 Reclaim the revelationary language of priestesses, goddesses, and divinities.

As far as authentic origins of poetry go, there are few seams that are as rich with knowledge as the literature of revelation. Many of these texts overtly speak of poetry as the means of delivering divine revelations and history is replete with this approach to poetic writing – including the prophetic oracles of Isaiah, Qur’anic verses, certain Buddhist sutras, and Sufi writings, alongside the writing of contemporary poets, including Yeats and Whitman, who are frequently said to be communing with ‘other sources’ in their work.

Revelation is an interesting proposition for poetry – given its relationship to ideas of channelling, gnosis, or ‘downloading’ from pools of archetypical knowledge. Poetry, both sacred and profane, very often demands to be understood as called forth by some higher agency – i.e. inspirational divinities employing poets to reveal hidden truths, or pass on divine messages. But poetry is also deemed to be free, creative production – an intimate and deeply human form of artistic self-expression. In either case, however, the artistry of language as poiesis is a human making: whether inspired by the gods or not, poetry typically entails the deliberate, self-conscious crafting of a work.

In this studio, we will explore revelatory writing processes, taking inspiration from traditional ‘revealed’ bodies of knowledge and contemporary poetic works. Here we’ll shift our focus between religious revelation and poetic creation, from poetic invention to theological disclosure, and explore the interdependency of these discursive modes and spiritual practices across so many histories and cultures, alongside experimenting with these techniques in our own writing. Placing ourselves squarely in this current space and time, we’ll work to discover what it is that we want to ‘reveal’ in our work and, in this work of revelation, we’ll negotiate the play between what is presented and what is hidden in our writing.

Studios are 4 week intensive courses. Reading material will be distributed before the course begins. There are no live chats so they are suitable for both UK & International students.  For more information visit our Online Courses page.

'I am much more confident with my poetry'