This one-month experimental poetry residency was a very healthy and refreshing process for me, an absolute treat in terms of professional development.

Having no particular plan to start with was already very different to what I am used to when teaching BA students or running a creative workshop with the public. Workshops throughout the month with the amazing poets Chris McCabe, Holly Corfield Carr and a one-to-one tutorial with artist Gordon Shrigley were extremely informative and useful since my background is mainly visual and graphic arts.

I simply focused on visualising my ideas as they developed through words and objects and finally somehow integrating those with my drawing on textiles method, which I have been experimenting with for the last four years using my own made oak-gall ink.

Just before the residency started, I ran five days of workshops on Letters & Markers (#lettersmarkers, part of the London Festival of Architecture). I invited the public to draw a place from memory using oak-gall ink on textiles, spot a letterform within the drawing and redraw that letterform separately onto a new piece of textile. All the collected letterforms became a visual language poetically and graphically telling stories (I am still sewing them all into one giant wall-hanging..!). So I knew I did not want to do the same but I definitely wanted to start with observing the place itself.

The room was small but strangely there were 7 chairs!.. I also drew flowers which were about to dry out in a vase. I continued observing the chairs by making diagrammatic drawings of them in new positions daily. I then drew a study of a chair (side and front view) noticing how surprisingly comfy or strict and flat they might be. However, a chair basically is designed to seamlessly make you sit, lower your head and has mostly perfect space to lay your hands on a table. I also drew a chair landscape to further constructively analyse the chair and its relation to the bigger picture. 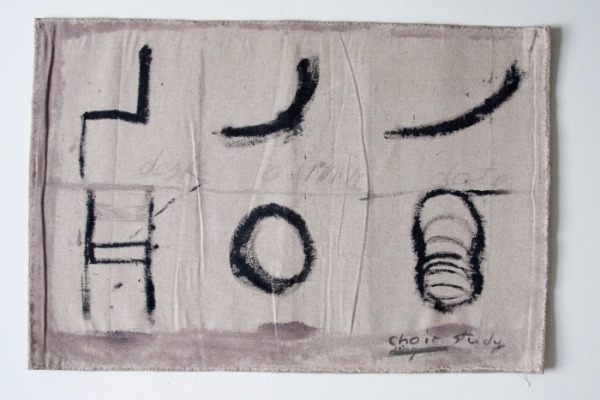 When not in the studio I was making notes (as I do) of words I picked up from passers by on the street, facts that caught my eyes or ears from current news or history. Amongst others, three things stood out in relation to my dying flowers and chairs:

1) acid attacks were on the news, which made me think of the NHS, death and war, and the mental health issues this can lead to;

2) I over-heard someone talk about how Victorians used to bun their hair upwards, which reminded me of the overall huge change that the Industrial revolution sparked which very much changed how the world operated;

3) I accidentally came across a wall-paper pattern that week, which made me realise that that is what pattern knows: pattern only runs up and down, that’s its nature.

I drew those facts and key observations as a one typo-graphic mind map on a large sheet of silk, it worked as a summary but also a springboard to reflect, remove or elaborate on particular points. I eventually concluded that it is the chair that draws together all facts and objects noted so far. Decisions are made while sitting on a chair by medics, politicians (even I was doing my work while sat on the chair). The chair – a sort of authoritarian and regime-enforcing object. 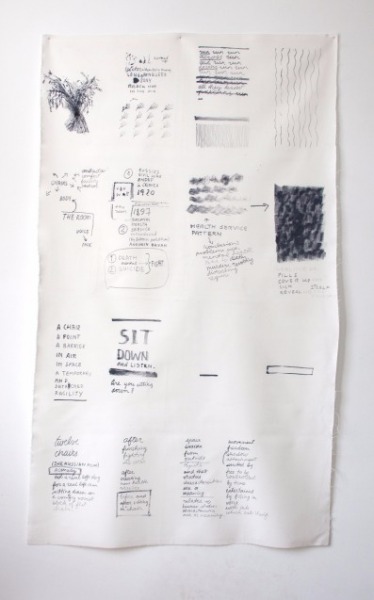 At this point of residency I still have not yet explored the actual making of objects. While lingering on the notion of a chair acting as an object of control I came to further conclusion: a chair reveals or MARKS the passive or active states of mind, as if one entering a new territory. This reminded me of a chapel in Greece painted pure white. Except the white paint never had a particularly determined edge: it was either on the rocks or on the dry grass… I noticed similar paint phenomenon on city buildings: one house colour may suddenly change to another or an area of a wall for some reason would just be in a totally different colour. This is like 21st century cave paintings, I thought. However, it was more about the man needing to make a mark: a man-made mark. So I decided to man-make my own rocks and paint on them. So to say, I authorized myself to make fake objects and paint on them. At the time I visited Giacometti exhibition at TATE Modern where I saw plaster sculptures. So I ended up with various sizes and intuitively shaped plaster rocks. I was learning fast through making: plaster was drying much faster than I thought! 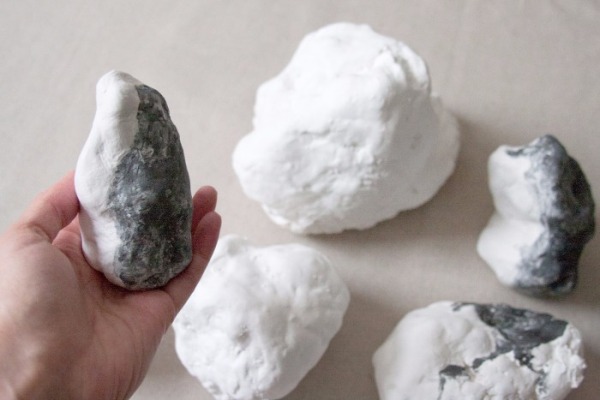 Interestingly I learnt from the drawings that the construction of a chair is simply a line in space, a barrier in time, yet so meaningful as new obstacles appear for new generations. It will never stop, the chairs will be designed again and again, new decisions made again and again. Right or wrong, the pattern only knows to run, run run up and down… The man will keep on making the mark, man-made (fake) on earth or soon on new rocks on new planets…

My final installation outcomes – drawings as study of the chair and the marked fake rocks – both tap into the questions of power, authority, territory  and freedom. I have written a long poem using all the key words from the development stages, but I realised that to me poetry lies in the silence of visualised objects.

Gallery of work by Neringa Dastoor: Click to enlarge. 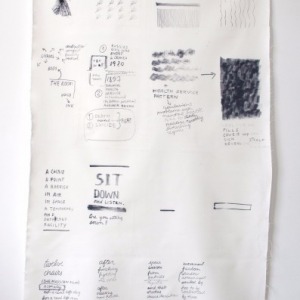 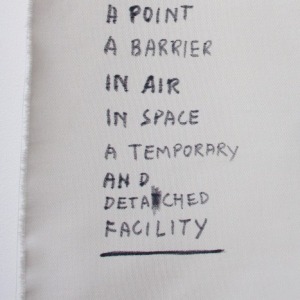 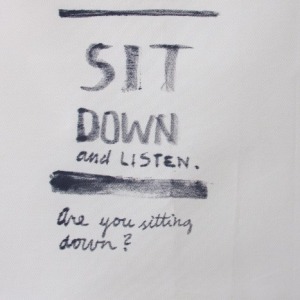 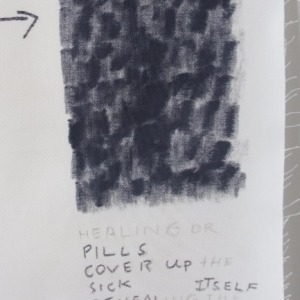 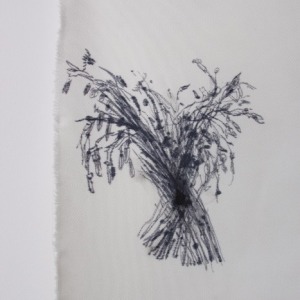 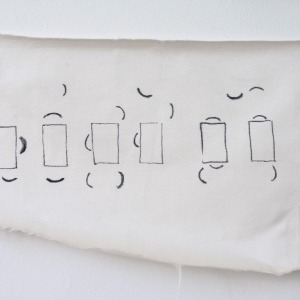 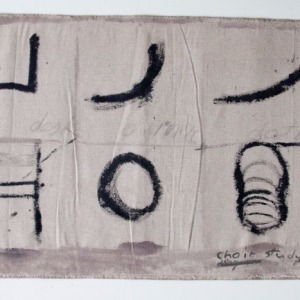 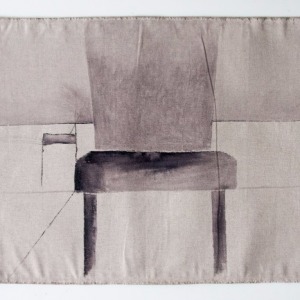 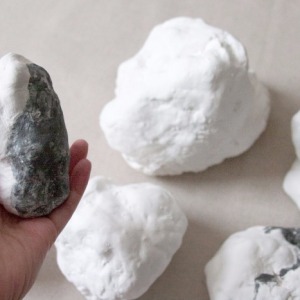 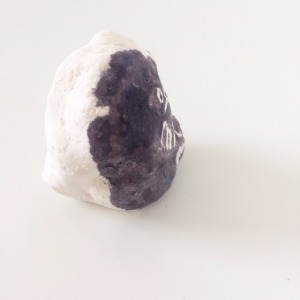 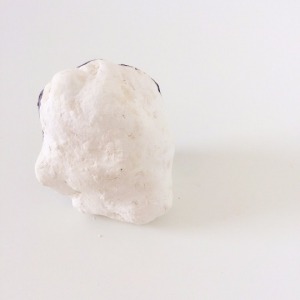 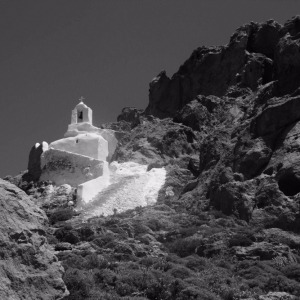 Neringa Dastoor is a mixed media contemporary artist, maker, designer and educator. After her MA in Visual Communication at the Royal College of Art in 2013 she set up Neringa Studio as a space for professional development. Her interactive installation Metaqua exploring new fictional mediums for communication was showcased at Sustain RCA 2013 and TATE Modern. Her short film imagining the future of television won the BBC Worldwide competition in 2015. Her current work focuses on objects and the concept of the hand-made in the background of the developing digital platforms generating  new functions new cultures.