Home » Blog » Tales of the Globe: Interview with Karen Whiteson

Your upcoming course for us is called Tales of the Globe, could you tell us a little bit about it?

It is a 5 week course which will be stretched to bursting point in an attempt to contain its material. The main intention is to map some of the connections and differences between that body of stories familiar to anyone growing up in the European context and a sample of tales arising out of the Arabic and Judaic traditions. Starting with most well-known version of perhaps the most ubiquitous of fairy tales, Perrault’s version of ‘Little Red Riding Hood,’ we will then  take a brief detour via the Asian version, in order to demonstrate the universality of the story.

Perrault’s collection ‘Tales of Mother Goose’ in which this tale is contained, helped create a taste for fairy tales in salon society of the ancien régime – and it was soon after this time that the first French translation of ‘The Arabian Nights’ appeared. Galland’s translation of ‘The Nights’, which served to introduce the book to a European readership was part of the orientalist trend that overlapped with fashionable society’s consumption of fairy tales. As Marina Warner has pointed out, ‘Mother Goose’ and ‘The Nights’ were in dialogue with each other. While the former was marked by what she terms  “a collective desire to discipline young girls into inaction”, the latter presents a rather different arc where the underlying injustices of the status quo are exposed and challenged by female and male characters alike.

Interestingly the earliest record of ‘Alf Layla wa-layla’ – ‘The Nights’ Arabic title – was found in the Cairo Genizah. This was a medieval Jewish archive, a repository for a huge hoard of documents discovered in the 19th century.  As Jewish reverence for the name of God forbade the discarding of any piece of paper which might bear that word, all books and every sheet of paper inscribed with Hebrew were stored in the sealed lumber room of the synagogue in Cairo, including the scrap of paper belonging to a Jewish bookseller, recording the loan of ‘The Nights’. The Hasidic parables which we will be looking are all imbued with this belief the potency of the divine name.

Your previous courses at The Poetry School – on Beauty and the Beast and Tarot cards – have also focussed on mythology and folk tales. What makes stories and traditions like these such rich resources for writers?

Folktales are the detritus of myth; and myth is, of course, the mother-source of literature. The Greek word ‘Mythos’ means ‘that which is delivered by mouth’; it suggests a certain intimacy about the act of transmission from one generation to the next. And, when it comes to fairy tales most of us first heard these as children; so when we revisit them as adults there’s an accompanying sense of time travel. As if these tales are archives where our own experiences as listeners and as readers are stored up. As writers we can then use these stories to  engage with our cultural traditions in a way that is celebratory or subversive, or both. As Angela Carter did with Grimm and Perrault; and as Kafka, in a very different way, did with Hasidic parables. The collective body of myth can be endlessly re-appropriated without losing its identity. Gershon Scholem, the Judaic scholar, has this great phrase about the kabbalistic concept of the tetragrammaton: “The infinite elasticity of the divine word.” – Which, I think also tells us something about the enduring allure of folk tales and mythology.

In your course introduction, you mention an Asian version of Little Red Riding Hood; do the same stories, and themes, tend to pop up across different cultures?

The elemental themes of quest, initiation, transgression and redemption do crop up again and again. How the stories spread is debatable; either they originated in one place – India being the usual suspect – and consequently dispersed throughout the globe via migration and trade routes ie. the diffusionist theory, which held sway in the 19th century. Or, similar types of tales originally sprang up independently all over the place – the polygenetic theory – which recent anthropological research into the origins of Little Red Riding Hood strongly supports.

There are however, cultural differences in the function of these stories. As mentioned, Perrault’s tales have a cautionary agenda. He tacked these little rhyming ‘moralites’ onto the ends of the stories to spell out the message. Beware of sweet-talking strangers being the moral of ‘Little Red Riding Hood.’ While the tales in ‘The Nights’ are framed by Scheherezade’s drive to postpone her death. ‘The Night’s’ frame narrative emphasises the transactional imperative of storytelling, as a form of currency, to buy the teller time. Scheherezade, the quintessential storyteller, tells the tale to live and lives to tell the tale. Whereas in the Hasidic parables the purpose is the transmission of the revelation of the divine word. But, perhaps underlying all these functions is the belief in the transcendent action of storytelling. As if, by recounting the story, we somehow escape the trap which it relates. 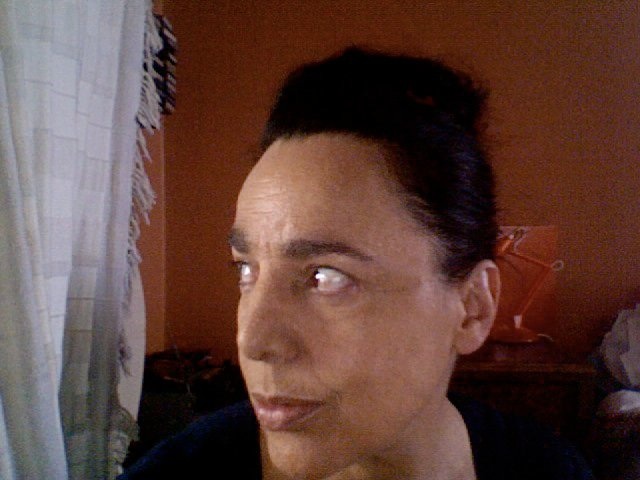 Karen Whiteson has had poetry published in numerous magazines and anthologies. She has written libretti for chamber operas and her radio play was broadcast on Radio 3. These have been published in the Edinburgh Review and on the Ink Sweat & Tears website as well as in anthologies published by Penguin, Aurora Metro and Unthank Books. She has taught Creative Writing in a wide range of contexts including The Drill Hall, Lauderdale House, The Royal College of Art and Central Saint Martins.