In the latest interview in our Pub Chats series, we sat down for an imaginary 8am pint with Stuart Bartholomew of Birmingham’s Verve Poetry Press, sister press of the successful Verve Poetry Festival.

Hello there! What are you drinking?

I am scarily varied on drinks (a bit like I am with poetry). White Wine, Guinness, Cider, Brandy depending on my mood. Verve Poetry Festival has its own Golden Ale brewed by local Birmingham brewers Two Towers. So although it’s 8am, I’m gonna have one of those!

How long has Verve Poetry Press been running?

We quite literally just had our first anniversary bash at Glee Club Birmingham, which was a great night featuring ALL our poets from this year, and launching a new collected longer works by Polarbear called Second City Trilogy. Where were you?

What were some of the practical things you did to get started?

Ok, so I had a few thousand that I inherited ahead of time that I used to start us up. I bought a decent graphics laptop, paid someone (not very much) to do us a nice site, and the rest went on printing the first few books as I knew they wouldn’t make money. I didn’t need to invest in design, as we had the festival designs already, which I adapted to the needs of the press. I also made sure I had a deal with a trade distributer in place. A lot of small presses don’t take this step, but it is the difference between being on bookshop databases or not, and it was important to me that if bookshops wanted our books they could get them easily, even if that isn’t our main route to sales (which, for information, I envisaged to be either direct from our website or via events). The intention with marketing was to use social media and word of mouth only to promote the press.

Does your personal background lend itself being an independent publisher?*

I think it does quite uniquely actually. A surprisingly small number of publishers have bookselling experience. Having worked as a bookseller for 25 years, I feel that I have some knowledge that quite a few publishers seem quite blind to about how bookshops work, what booksellers like and don’t like, what makes them love books etc. I have been lucky that I know several people who run presses themselves who have been full of advice – most significantly Emma Wright from The Emma Press and Jane Commane from Nine Aches Press.

Where does the name Verve Poetry Press come from?

That’s easy. We have a three year old festival that people seem to really like called Verve Poetry Festival. Actually, I was a little reluctant to take the name of the festival for the new press, as I was worried that if the press wasn’t good enough, it would tarnish the name of the festival. However I was persuaded otherwise (thank you Aliyah Hasinah from Apples and Snakes Midlands) and it has worked out really well. The press is attracting poets of a calibre that I never dreamed of because of the festival (which also means I am pretty much in touch with EVERYONE), and our poets are spreading the word about the festival as they troop across Britain gigging. I am very determined however, that the festival will remain pure and will always be a festival for all poets from all presses, rather than serving the press in any serious way.

Could you describe the sort of poetry you publish?

I’m not sure I can! Like the festival, which is a festival for ALL quality poetry, whatever end of the spectrum it’s on, the press seeks to be inclusive, diverse and interesting. In practice, we are focussing quite heavily on the local Birmingham scene for our collections, which is quite a performance focussed scene. And our experimental pamphlet series is leaning heavily towards the page, but like the festival it encourages poets to do something a bit different from their normal thing. And I reserve the right to publish something just because I think it needs to be published, such as Matt Abbott’s Two Little Ducks book to accompany his recent tour.

How are you different from other independent publishers?

I think that our being based in and focussed quite heavily on Birmingham and its poetry is quite unique – although this isn’t all we do, it is a big focus for us as a press. I’d also argue that our embracing of often opposed poetry styles isn’t replicated all that often. I’m speaking of the festival and the press here.

Do you sell more online or by wholesale/retail?

Our sales this year have been fairly evenly matched between online, through the trade, and via poets at events. I am very happy with an even spread.

What have been some of your biggest successes so far?

I guess the main success is that after a year we are still here! And that I haven’t had to put any more money into the press since that first injection, as the sales from books have pretty much been paying for the costs around the books coming along after. And, largely thanks to the festival, our reach has been much bigger than I could have hoped in the first year. We have managed to attract some wonderful poets to the press, such as Luke Kennard, Claire Trévien, Katrina Naomi and Polarbear. And I also think we have shone a light on some poets for the future in Nafeesa Hamid, Casey Bailey, Hannah Swingler, Rupinder Kaur and Leon Priestnall – all Birmingham poets of great  quality – which is what the press was set up for in the first place.

Could you describe your editing process? And how long does it take start to finish?

It’s quite an odd one that will change over time. I don’t really think of myself as an editor, but I know what makes a great book of poetry. I don’t tend to work with poets I don’t already think are amazing, so my editing tends to focus on the complicated process of moving from writing single poems to producing a book of poems and all the issues that can bring. Often a poet’s best poems are quite similar and actually can’t all be included. Sometimes a slightly less good poem can really make a book ping by adding something new. Other mistakes I’m good at spotting are when a poet tends to use too many similar phrases or words across a whole group of poems – often without even noticing. Sometimes this can be really effective, but at other times, it can get repetitive. If more serious editing work is needed we have, in the past, bought in editing services from other sources. In particular, the work Joelle Taylor did with Nafeesa on her Besharam collection was fantastic.

I tend to edit by email and in cafes in Birmingham over sandwiches.

We have resolutely closed submissions and I think it will remain that way but never say never. We are curating our list rather than opening doors to submissions. Having said that, we have been approached and sometimes have agreed to publish people who have approached us. Before you do this, please look at our list and see if you think you’ll fit.

I think you need to understand what you want to be published for. For me, the best reason to be published at Verve Poetry Press is because you want something to sell at your events or through other channels in order to have a poetry career and you want to be part of a press that encourages poets to help each other and to be as supportive of the press as the press is of them. We aren’t yet big enough to do all the work. I also think you should be working to make yourself as amazing as you can through other means – the press won’t deliver this for you – so workshop, show your poetry around, get feedback, do courses, perform, get performance feedback, join groups, and read tons of poetry. The more you do yourself, the more you’re likely to appeal to publishers.

How do you pay your writers? How does remuneration work?

It varies depending on the costs related to the book (editing costs, cover art costs etc) but as a rule we offer min 10% of RRP and pay this after the first three months and then annually after that. We pay more for sales made through the website. And offer books to poets to sell themselves at 50% RRP.

There are lots of incredible indie presses that I love, as you can see from the programming I do for Verve Festival. We have featured Burning Eye Books, Out-Spoken Press, Offord Road Books, Nine Arches, The Emma Press, Penned in the Margins, Peepal Tree Press, Pavillion Poetry etc. Of the more recent start-ups, Bad Betty Press are wonderful, Peninsula Press (not poetry but poets, great and run by booksellers!) and Boiler House Press.

How optimistic are you about the future of independent publishing? Are you satisfied with your own solutions to the problems it currently faces?

I’m not sure I know what problems it currently faces? From my point of view, indie presses, like indie bookshops, are in a tough tough market with minimal budget for marketing and competing with giants. And there’s not a lot of money in it. But the good indie presses (and shops) are managing to punch well above their weight, are innovating in ways that the big publishers will never manage, and have booming levels of support. I am hugely optimistic about its future – it has the power to create and sustain a whole book market of its own based on indie bookshops, website sales, events, social media and huge dollops of passion and creativity. Looking out from inside the largest book chain in the country, I am watching all this indie activity bypassing traditional routes to sale and glowing like gold.

What advice would you give to someone starting their own independent publishing business today?

My biggest tips are: understand the market, get a distributor, embrace all routes to sale, have a strong idea of what you are and want to achieve, understand social media, talk to booksellers, and talk to other indie publishers.

Tell me something about being an independent publisher that most people don’t know.

Gosh, what don’t people know? How much space you’re gonna need to have for ALL THESE BLOOMING BOOKS 😊 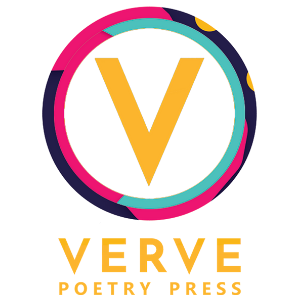 Verve Poetry Press is a new Birmingham-based press producing collections by local poets from Birmingham and the Midlands, an experimental pamphlets series and other books that come out of connections we make via our annual celebration of poetry, Verve Poetry Festival. Like the festival, we strive to think about poetry in inclusive ways and embrace the multiplicity of approaches towards this glorious art.