It’s obvious that analysis of other artists walks hand in hand with being an artist oneself. When you have a go at a form, then it becomes much easier to read a master’s work in that form. In an analogous way, the therapist Carl Rogers said that whenever he had an epiphany (of compassion) for a new kind of problem he hadn’t counselled in people before, suddenly his office was full of people presenting with that problem. As if from nowhere, and suddenly. Like a kind of psychic advertising. 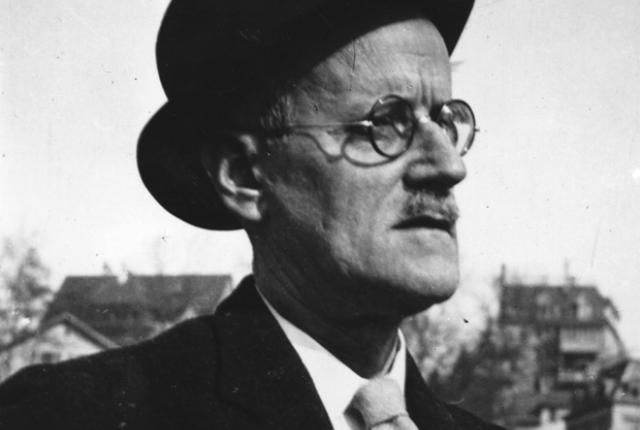 The exercise I’d set for Joyce would be based on Finnegans Wake. Composers have approached Finnegans Wake many times, and have, perhaps, set the wrong approach for looking at it. It is considered to be written in its own language. But, for me, the breakthrough I had with the Wake was hearing Joyce reading a section of it. Look at the text itself, provided in the description of the video on this YouTube page.

Listen to and read “It saon is late” and “Wring out the clothes! Wring in the dew!” with its echo of “bring in the old, bring in the new”. The whole is unquestionably to be heard in the ear with an Irish accent. Enjoy the pun of “Der went is rising”. German for wind = went, so the wind is rising. But also the river Derwent is hinted at. In fact, there are river names hidden throughout the passage. There are also endless digressions and lists. One can compare a first draft of the Wake, often told like a folktale or a fairy tale (rather than with the realism of Ulysses), and then see Joyce layering it over with re-writes and lists: if one thing is named in the first draft, or one adjective, then ten more are added by the final draft. But the basic folktale is there. Listen at the end of the clip for echoing of “waters of” to get a sense of this. Or note the fun of “O, my back, my back, my bach!” (‘Bach’ is a stream in German, which is what the characters are washing clothes by, but it’s also pure enjoyable sound, perhaps justified into the sense like a cryptic crossword clue). The whole thing is an exercise like the BBC radio panel game Just a Minute, to pad out entertainingly, and with more tolerance of repetition and deviation.

Try it. Try it for yourself. First of all, don’t imagine the piece you’re writing in Received Pronunciation. And certainly, Pound loved to write with accent and twang, and often sidetracked his long recitations from historical documents with slang – sometimes, ahem, when he may even have been bored with what he was doing and wanted to have some fun. Look at some folktales, and consider the way that magic people and mischief (and something of the joy of a joke) comes into play quickly. Write one. Then layer it over with spellings to indicate the way it would sound to an RP listener. Stretch the vowels, replace some consonants.

Now, look for anything in this that could be strung out into a list, a list of alternatives, and add them to the draft. Pun with any words of another language you know. If you see any thing that looks like something FROM a list (a list of rivers, of countries, of cheeses, of wines, of fruits etc etc) then see if you can redraft the story to include other things from that list. Think cornucopia. Layer your draft with riches and random plurality. Then for the final draft, consider the music, and nip and tuck and add to make the text musical and funny. Have a go. 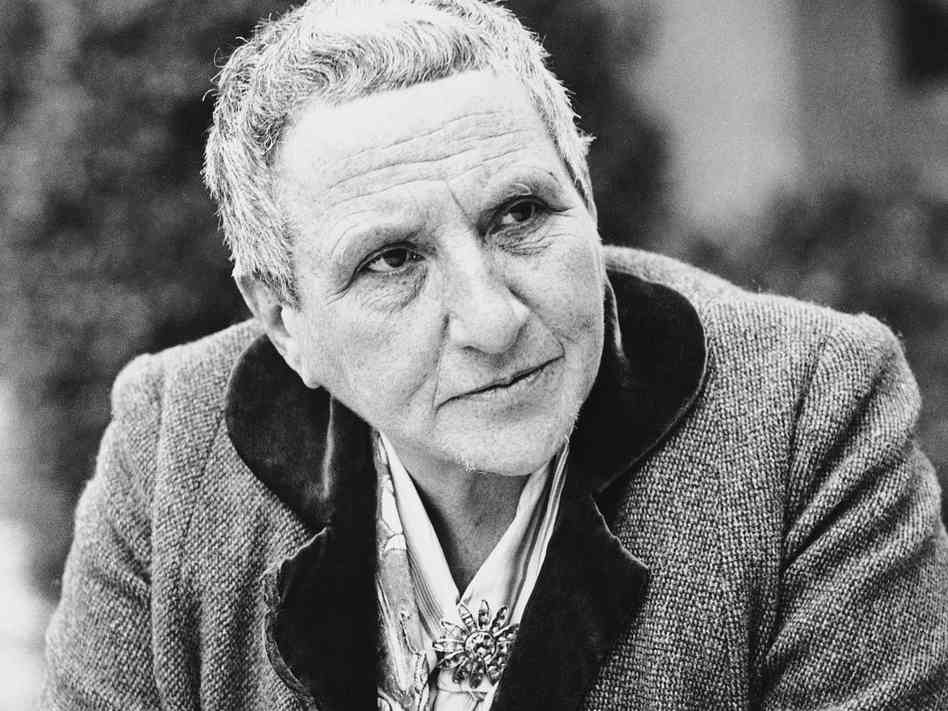 Have a long hard think about Stein. Don’t think about trying to write a Stein pastiche until you have read some or all of Tender Buttons, her least repetitive and most slippery work.

Consider how strong the imagery is, and how much it feels like a painting. Strangely minimal, angular, purposeful-seeming yet the purpose is not clear. Consider the eroticism of ‘Lifting Belly’.

The repetition is very different from Joyce’s. With Stein, one should feel lazy and ungrateful: that one has taken the noun, or word, for granted, and that it can be looked into more deeply, and combined in a more interesting arrangement. It is all slippery.

Consider too the way that another writer, Derrida, uses repetition:

A poor translation of the Derrida, in unclear English, when the French is much clearer to a French ear, but to render some of the pizzazz of the wordplay, would be:

The true give would be in the give of some one who, without a reason, gives, without having to know what gives – some one would never be obligated since he would not know that one gives.

Regardless of the meaning, notice how Derrida works with slipperiness, with repetition (around ‘don’ and ‘donne’) and with sound. There is something of the dance of the seven veils with both writers, some vulnerability and some tease. Simply using repetition by itself is no homage, and no understanding.

Remember that Stein was, like Pound, living in a country where English was NOT spoken all around. Where Pound becomes very interested in translation, Stein speaks English in a way that reminds me of how I, for one, speak French: stuck for vocabulary and trying to wring every sentence I can out of the vocabulary I have, feeling helpless with the nouns I do have, being unable to convey that sense of not being smooth with the language and therefore opting instead to throw myself on the mercy of the listener and try to speak with objects, almost.

Tender Buttons is an interesting exception. It follows from Stein’s huge book The Making of Americans, in which the effort is made to use repetition of vocabulary while avoiding repetition of sentence structure, to vary and vary with limited means. I don’t pretend that it doesn’t have flaws, but it’s very interesting to get some sense of that, to try to see a map of its terrain without possibly going over every mountain of it, and then see her cavort in the brevity and free movement of Tender Buttons. If you’re going to use repetition, consider it as a ritual towards the next stage that comes after.

Another insight into Stein is that she was delighted to have had her style called “baroque”. It’s important to explore that epithet. It suggests heaviness, possibly camp over-seriousness, and some sense of accommodating irregularity into regularity. But, to me, the clearest way to see how Stein is baroque is to consider how she is like the baroque composer Bach.

She quotes a review of her work:

“The sentences of which Marcel Brion, the french critic has written, by exactitude, austerity, absence of variety in light and shade, by refusal of the use of the subconscious Gertrude Stein achieves a symmetry which has a close analogy to the symmetry of the musical fugue of Bach.”

But this is only so helpful. Pound’s work is much more close to fugue: it has a feel of the theme coming back and tying each Canto into a parcel, of hypnotic refrain. Stein works much more with the refusal of refrain, with instead making all the few notes work with much variation wrung from them. (Consider Stravinsky refusing to work with the twelve-tone system, saying he had enough bother with the seven he was already working with.)

To put it more simply, consider a bird’s eye view of the piano keyboard as Bach’s Prelude 1 of the Well Tempered Clavier is being played

Notice how the hands are doing pretty much the same manoeuvre throughout: just being moved left and right, and sometimes with more of a stretch of the span. I’ve always thought that this is what Stein is doing most often: there is a peaceful movement (albeit to be watched in hushed admiration) of the body through quite simple steps, each much like the other physically, but with small surprises and threats of nudging into dissonance, always kept this side of queasy.