Hi Inua! Thanks for chatting to us. Your upcoming course with The Poetry School is called #Afterhours and ties in with a much wider project encompassing a residency and a book. Could you tell us a little about the project, and what you’re planning for the course? 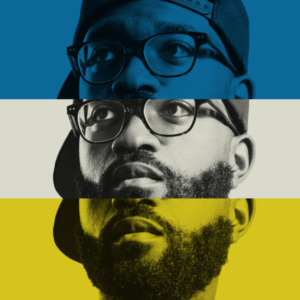 In 2014 I turned 30. Almost overnight, my body begun to sag in odd places, I seemed to carry more air in my belly, I needed more rest. The year seemed to signal the completion of the process of physical growth, and a turn towards its decline. My childhood seemed long gone and I wanted to mark it. I spoke with Chris McCabe, Librarian at The Poetry Library, and explained the idea: to reconstruct my youth by writing response-poems to the work of British and Irish poets.

I would find poems published between 1984 and 2002, from when I was born to when I turned 18, and stay as close as possible to varying aspects of the originals. I chose #Afterhours as a title because it summoned three aspects of the project, 1/ In poetry, the tradition of subtitling a poem informed by another poet with the word ‘After’ and the author’s name. 2/ Turning 30 and approaching the ‘twilight’ of my years, frames my youth as ‘early hours’, and the subsequent years as after those hours. 3/ For writers, the stereotype of ‘burning the midnight oil’ – working late after the standard hours of work.

Chris liked the idea and for the 12 month period it took to complete, #Afterhours was resident at The Poetry Library.

What I hope to do in the course is share and discover varies ways of tearing a poem to pieces, completely gutting its meaning, lifting as many structural aspects of a poem, and using them as scaffolds on which to graft response-poems. Much of it will be about structural analysis and conceits in writing, but it will be fun, chatty, and should produce wildly different poetry. The poems we will use will be sleeted by the students, so in a sense, they will be leading this.

In your course description, you say “Whenever a poem I feel contains inarguable precision and clarity finds me, when it reflects my aesthetics or poetics, I begin to speculate on what would need to change to make the poem more me. If it were set within my Muslim-Christian-Nigerian-English-Irish-Immigrant-Golden-age-of-hip-hop—hood, what would differ?” To what extent is writing response poems a way of (re)claiming ‘the canon’?

I think, arguably, all poems are response poems and attempts by the poet to find or claim personal space in any given topic. With regards to the canon, I think the extent is personal, and is governed by the writer’s relationship to the canon: does she/he feels oppressed by it? Represented, mis-represented or under-represented?

Language is ever-changing and the poets of any given generation determine the relevance of those who wrote before them. By recasting old words and texts in contemporary voices or languages, we frame them, give them relevance or strip them of their gravitas. It can be an inexpensive and in-exhasutive act of defiance.

Sometimes, the simple act of reading a poem is a way of reclaiming the canon. I never forget that Rudyard Kipling who wrote ‘If’ also wrote ‘The White Man’s Burden’ where he described people of colour, those colonised, as ‘half-devil and half-child’. When he concludes in ‘If’ “you’ll be a Man, my son!” – it is clear that I am not considered a man in his eyes. This, for me, makes Serena Williams’ (whose femininity and blackness has been questioned and ridiculed for so long) reading of his poem, incredibly subversive, political and powerful:

How do you make a response or counter poem that stands up on its own? Does it even have to?

In #Afterhours, I sought to culturally transpose/translate the poem, to take it from Britain and Ireland and set in Nigeria, in my childhood. I mean to say, rather than taking say a floorboard from a house and using it as a starting point to make a new house, or making a house of a similar hue or aesthetic, I rebuilt the whole poem using my past experiences and Nigerian materials, on Nigerian soil, to the requirements of the climate. So, though they will be ever related to the originals, they very much exist outside each other’s space.

I believe a response poem has to stand up on its own. One of my pet peeves in poetry is work that references obscure texts, paintings, music etc… it can alienate a reader, make one feel inadequate, less than, poorly educated and embarrassed. For me, Poetry should always include more than exclude, should welcome-as-you-are more than question-your-preparedness. If the response poem relies too heavily on the first text, or require the reader to source and find the original poem in order to understand, then it fails. A poem should be a world onto itself, a floating island, a house in a vacuum.

Outside of #Afterhours, you’ve created plays, poetry collections with Akashic and Flipped Eye, and several projects that cross categories – or even defy categorisation – like The Spalding Suite,  a play that Afridiziak said “is an expansive combination of poetry, physical theatre and music”. How do you know what story is right for which form?

Everything begins as poetry or as an attempt to write poetry. Most of the work I produce reaches this destination. Sometimes, I will be derailed, the poem will elude me, or it will grow other voices in my head… other text will appear that’ll shift or shake its shape on the page in my head, or its sound on a stage, and then it’ll begin to become… something else. I believe in chaos and order. Usually something will come my way, a possible theatric project, or a commission that will ask for anything I am working on, and in the back and forth of conversation, something will nudge the voices in my head down a route, destination or form.

Finally, what are you up to at the moment?

I am working on the last draft of Barber Shop Chronicles, something I’ve been working on for almost a decade now. It started as an idea for a poetry residency, that grew to a series of conversations, that is now a play set in South Africa, Zimbabwe, Uganda, Nigeria, Ghana and England. It opens at the National Theatre in June (tickets are on sale now). It is a ridiculous, funny and poignant look at masculinity, African masculinity specifically, and about what guys talk about in barber shops.

Born in Nigeria in 1984, Inua Ellams is an internationally touring poet, playwright, performer, graphic artist & designer. He has published three pamphlets of poetry: Candy Coated Unicorns and Converse All Stars, Thirteen Fairy Negro Tales and The Wire-Headed Heathen. His first play The 14th Tale (a one-man show which he performed) was awarded a Fringe First at the Edinburgh International Theatre Festival and his third, Black T-Shirt Collection ran at England’s National Theatre. He is currently touring An Evening With An Immigrant, working on Barber Shop Chronicles – a new play, and a poetry book called #Afterhours. In graphic art & design, online and in print, he tries to mix the old with the new, juxtaposing texture and pigment with flat shades of colour and vector images. He lives and works from London, where he founded the Midnight Run, a nocturnal urban excursion.

#Afterhours with Inua Ellams starts 18th May at The Poetry School. Find out more about the course here.