Luke Wright is at his forceful best in this state-of-the-nation adventure that is far darker than its jaunty rhythms and bell-like rhymes might suggest.

The first poem of The Toll (Penned in the Margins), which serves as a kind of epigraph, carries the refrain ‘Oh England, heal my hackneyed heart’, and is one of the finest and most complex in the book, carrying with it a sense of longing and nostalgia for a legendary England of the mind, one that that lingers in the background of many of the other poems. The collection also documents the real, current England in all its grubby misery and deprivation:

It’s shot with guilt and all those nights.

traded it for other hearts

that turned to gristle in my grasp.

Nothing stirs this heart these days;

the party tricks have left it sick.

When at their best, Wright’s prosody and use of rhyme are spot-on. The poems are successful on the page, but they’re also clearly written to be performed; Wright is known for his one-man shows, and his spoken voice lurks behind every line in the collection. In some poems, the speaker might be someone other than the writer, but the voice remains consistent throughout with little variation in diction. Oddly unfashionable in a poetic culture that favours free verse and tends to go for internal rhyme, loose rhyme and disguised or non-existent metre, Wright goes straight down the formal line with huge energy, commitment and panache.

Only two poems in, I was thinking of Wright as the inheritor of the view of a ‘hackneyed’ England defined by a Betjemanesque poetic tradition seasoned with a pinch of Auden and MacNeice and sprinkles of Belloc. Wright is writing from a working class perspective, whereas Betjeman came from a privileged upper middle class home, but the similarities in subject and form seem to me unmistakeable. Wright is a quintessentially English poet, part of a tradition and proud of it.

So it was with a pleasant jolt of recognition that I came upon ‘On Revisiting John Betjeman’s Grave’. The poem could be said to be a touchstone for the collection, beginning as it does with a little homage to his precursor and owning the influence:

Ten years ago we slouched up here to you,

a band of gobby boys against the world,

a cobweb string of paying gigs

to keep us from the dole.

We walked up from the beach across the easy

to try and forge ourselves a link,

then fasten it to yours.

The end of the poem almost lays out Wright’s mission in his own book:

For one, I know you so much better now.

Back then you were the bard of railways,

of chintz and church and teashop trysts

But now I see the terror, shame and sin,

the longing for the lost. Your knife-twist endings

then heap their weight on me.

There are plenty of knife-twisting moments in this often-grim collection, which grows darker as it moves towards the end. Close by Wright’s homage to Betjeman is the chilling ‘The Minimum Security Prison of the Mind’:

it falls on copses, fields of wheat;

you douse your dreams in sweet deceits:

you can walk out anytime

from the minimum security prison of the mind.

hang tinsel in your cell and cough;

you can walk out anytime

from the minimum security prison of the mind.

In ‘Lullaby’, with a similar willingness to confront the pain of everyday existence, he really hits his stride, writing about a couple, their nightly habits, their political disempowerment and the conflicts in their relationship:

Then here again, the half-bought couch,

the drip-drip of these Netflix nights,

the whittling of our brittle time.

And later the poem widens out to take in the news and a world their children will inherit, taking in both masculine and feminine rhymes that lend variety and surprise:

I tell myself that things are fine

all sing their grim familiar hymns.

And this is what we’ll leave our kids:

the safety net in pieces,

the wolves well versed in double-baa

with tell-tale bloodstains down their fleeces.

Wright presents us with a dark view of the present and a still more pessimistic view of the future but the use of form keeps the poetry buoyant. The poem ends like this:

with no idea what we can do

but proffer up a dour love

to things that can’t empower us

or knock back booze or laugh it off,

or shelve our reason now and then

to scream, scream at each other.

This is not to say that the whole book is doom and gloom; there are moments of humour and sheer delight, as in ‘The Essex Lion’ and ‘The Ballad of Edward Dando’, a true story a man infamous for eating oysters in London in the nineteenth century, but who could never pay for them and was beaten and imprisoned countless times. In this poem, we see the dispossessed fighting back, Dando tricking his way to many a good meal although he is too poor to pay for it and knows the consequences. The ballad is an excellent form for this narrative, bouncing the story along in a cheerful way. Of course Dando’s tale doesn’t end well: he dies of cholera in prison. But the poem is still somehow cheering because this is a portrait of a man who shows defiance and spirit and never gives up.

Interspersing the mostly formally strict poems are several lipograms – poems that are formally constrained by the use of only one vowel. The best of these is ‘IDS – a univocal lipogram in I for Iain Duncan Smith’  where the repeated ‘i’ sounds enable the poet to spit a viciously imaginative and glorious rage. The poem begins:

And it ends in a kind of spell or bad luck charm:

I wish him midnight shifts.

I wish him sinking ships.

I wish him limp dicks.

I wish him shit picnics in drizzling mist (with ISIS)

I wish him blind with hindsight.

I wish him illicit kinship with pigs.

Where the poems are less successful is where form and content are not so easily aligned. The free verse or blank verse poems feel weaker, as if Wright really is ‘playing tennis with the net down’, as Frost put it. ‘Watch’, a six-line poem written in three couplets seems to beg for a clinching rhyme to give some air to a tired metaphor:

is balling wrapping paper into bags.

Until one more, held back at last: a watch.

We sit together, watching seconds tick.

And I was disappointed by the slightly mawkish tone and obvious imagery of ‘Dad Reins’, a sonnet about coming home to his toddler son after being on tour and finding him changed. It is possible for men to write well about strong feelings towards their sons – I think of Don Paterson’s sonnet ‘Waking with Russell’ — but I couldn’t help feel that Wright is capable of much fresher and more original material:

I’ll be your tether, Sam, because you’re mine.

Contrastingly, in the title poem, ‘The Toll’, Wright is totally on form. A variation on the ballad and written in six-line stanzas, this is beautifully pitched, offering a portrait of a girl – Tracy – growing up with an alcoholic mother:

a smashed cup on the kitchen floor,

her dinner in the bin,

the chicken thighs half-thawed and raw

a gerbil cage a reek of piss,

those days when mum caved in.

She learned to use the microwave

and other tip-toe tasks.

She learned to wash her uniform

and lie when adults asked,

Met questions with a question;

she learned to wear a mask.

Tracy finds herself in a job taking toll money, watching cars disappear down the road and longing to escape into one of the ‘two dark throats’ of the Dartford tunnel. Here’s one stanza with some really smart enjambment:

As year on year the gales and sunshine

rained down on the booth

her hopes became more tangles as

she picked a knotty truth.

Happily, Tracy makes up with her mum, who obligingly dies eventually, leaving Tracy free to move on. It’s nice to see a relatively happy ending in this book that offers no sops or easy solutions.

‘The Toll’ is the overarching metaphor in this poem and it resonates through the whole collection. Life in today’s Britain takes its toll on so many, including the characters in the poems, and no contemporary poet understands or conveys that better than Wright. His great strength is in drawing together the personal and political, presenting us with the dispossessed victims of austerity, trapped by poverty, offering up their individual stories to invoke both rage and empathy. But even amid the loathing and despair, Wright has a kind of love/hate relationship with both past and present England, documenting it with finely observed detail. Taking us on a journey down the A12, ‘England’s crude appendix scar’, ‘worst road in Britain’ from Essex to Suffolk, he admits:

But I will have you, ruts and all

your grey macadam’s in my bone.

You take me from the fug and sprawl

to Suffolk’s icy brine and foam:

You take me home.

The weight of ‘terror, shame and sin’ is certainly to be found in these pages, but Wright’s sheer formal verve – coupled with an undertow of insistence that the poems should be read aloud – means you can’t come away without feeling both galvanised and uplifted. 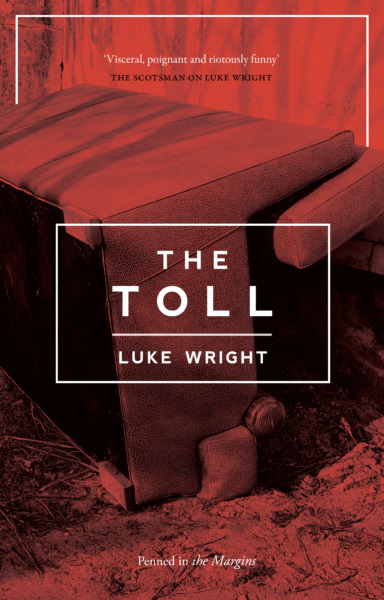