Home » Blog » Review: ‘The Republic of Motherhood’ by Liz Berry

The Republic of Motherhood (Chatto and Windus) is a pamphlet of poems about motherhood. And it’s by Liz Berry, which means that it is brilliant.

The poems in this pamphlet celebrate and sing every aspect of early motherhood, in all of its tendernesses and darker sufferings. One thing I was struck by was a really effective balance between moments of intimate closeness between mother and child and a desire to speak more explicitly for all mothers. ‘Early,’ for example, celebrates this private moment:

There are times we’re like new sweethearts,
awake and fretful
through the shining hours, close as spoons
in the polishing cloth of dawn…

‘So Tenderly It Wounds Them,’ by contrast, is a wonderful hymn to a community of mothers. I was reminded almost of Ginsberg’s ‘Howl’ here in the desire to speak for a specific community, and in the way the poem in places uses repetition of the word ‘who’ to structure some brilliant observations:

Sweet ghosts who’ve been awake
with their babies through the dark
kneeling to the filth and holy rags of the body
so tenderly it wounds them.
Who rise from grey light to walk the wet streets –

Similarly, in the title poem, the sustained metaphor of motherhood as a country leads to a powerful ending in which the poet pleads for all mothers:

I knelt instead
and prayed in the chapel of Motherhood, prayed
for that whole wild fucking queendom,
its sorrow, its unbearable skinless beauty,
and all the souls that were in it.

Among the poems I found most moving is ‘The Visitation,’ in which the speaker, about to give birth, feels a presence, an intense spiritual connection. The poem begins with direct address, a great device to maximise the intimacy and power of the moment: ‘Eloise, I opened too soon, a foxglove, on that papered bed…’ Then there is lovely vernacular speech from the nurse caring for the speaker which makes the moment so real: ‘hush wench, yo’ve a long night ahead.’ The poem develops into a deeply moving memory which sustains her through the birth:

I knew the time had come to yield like a meadow
so I did, love, and you moved through me like the May breeze
and I was blessed.

If this poem gives us the moments before labour, ‘Sky Birth’ is an extraordinarily visceral poem about the labour itself. The sustained imagery of climbing works brilliantly:

Bringing you to the world, I let the mountain enter me:
mauve, shadow, the sky a zoetrope spinning crows and
rain-soaked fog.

Form is used so skilfully in this poem to really give us the drama of labour:

Up up. Higher. Further.
I cried out but the gale swallowed it and sang back
my name
until everything was burning,
until the face was sheer and the rush were on fire,
the bones of death gleaming beneath.

All of this leads us to this unforgettable ending, in which again direct address, this time to the newborn, works so well to deepen the intensity of this moment:

for a second we were alone on that highest place
and love, oh love,
I would have gladly left my body
on the lit ledge for birds to pick clean
for my heart was in yours now
and your small body would be the one to carry us.

On a similar note, I also enjoyed ‘Placenta,’ in which a dramatic and almost comic opening becomes an opportunity for wonderful lyric celebration:

Some women eat theirs but I buried mine
beneath the black waters at Wren’s Nest
with a steel shovel and my bare fingers
delivered it back to the subterranean fires.
It was a gorgeous fecund thing mechanical
but carnal veined like a beast’s heart

As this pamphlet has found its way on this occasion into the hands of a male reviewer, I must confess that there were times when I also looked for ‘the father’ in The Republic of Motherhood. As soon as a reader thinks this though, there he is, in a wonderful concluding sonnet which gives us the anxiety of the couple together as they set out to the hospital for the birth:

Who will we be when we come back?
Will we remember ourselves?
Will we still touch each other’s faces
in the darkness, the white noise of night
spilling over us, and believe there is nothing
we could not know or love?

All in all, The Republic of Motherhood gives us poems of the greatest importance. While they are linguistically and formally innovative and are deeply exciting to anyone engaged in the practice of poetry, the pamphlet also feels like the sort of thing that should be given away to new and expecting mothers everywhere. As with the poems of her first collection, one feels that, for all the ambition in the writing and the major-label polish, and the range of voices and address, this is ultimately one human being speaking – or singing – to another.

The poet takes common experiences and writes about them with great honesty – she never ducks away from the brutality, ugliness or reality of experience – yet somehow, through the extraordinary language, she makes universal experiences so much more beautiful and important than life can sometimes make them feel. The pamphlet should be shelved alongside Kate Clanchy’s Newborn and the motherhood poems of Sylvia Plath and Greta Stoddart, but this is not quite true, because it should not be shelved at all. As with the poems of Black Country, this is writing to carry round with you, a pamphlet to open in a schoolroom, a hospital, on a train, in a street, and share its words, its great life and its love, with everyone you can. 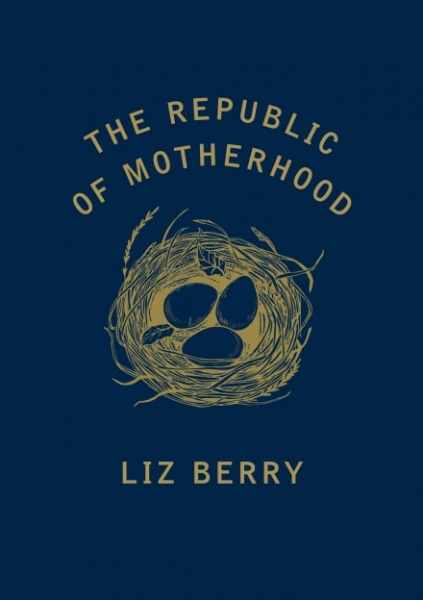 You can find out more about The Republic of Motherhood from the Penguin website.