At the heart of Jessica Traynor’s second collection, The Quick (Dedalus Press), is a nine-poem sequence commissioned, so the notes tell us, by the Salvage Press, for the 350th anniversary of Swift’s birth and ‘written in response to the provocation, “What might Swift write about now?”’

Traynor’s ‘A Modest Proposal’, like the Swiftian satire it is indebted to, is a witty experiment in extremis, its effects magnified by forming the anchor point in a collection, which questions who holds power and representation, and to whom it is owed.

The first poem in the sequence, ‘I. I Could Name a Country’, opens as a baptism:

And by naming, bring it into being –
A country not unlike ours.

Simulating a pastoral elegy, similar in its subdued scorn to Brian Friel’s Translations, the poem begins by presenting a world – one presumes a sending-up of fêted notions of the Emerald Isle – where ‘the sun never sets, but burns // on the horizon, tarnishing the evening / to old electro-plated silver’.

Part six, ‘A Proposed Housing Algorithm’, is as an exemplar of how to write well in the abstract mode. The section opens:

For our purposes,
let us think of the country
as a small white box, and within it,

millions of smaller boxes,
each with a dot of red
like the blood spot in an egg.

The way Traynor estranges an already-strange situation here is wonderful. Bearing in mind that the sequence is a response to Swift, who mock-suggested that the children of some Irish peasants be sold to the aristocracy as food surplus, the methodical description of the operator whose job it is ‘to fill some boxes, / and empty others’ rings true as both a nod to Swift and a stinging comment on the housing and refugee crises:

We group them into nuclei,

along with those less solvent,
for comfort, community, warmth.
Who will be alone now?

While the narrator sees flaws in a mechanical design that ‘would fracture into / another unsolved equation’, they also acknowledge that it can be ‘beautiful, still, in the way of imperfect things’. Here, the poem’s axis tilts the reader back to an earlier poem, ‘Symmetry’, where we watch ‘as you wander in a maze / with no centre’. In its vaunting of Hildegard of Bingen, a German Benedictine abbess who ‘had visions of perfect symmetry’, the trajectory of the narrative is forced outward, linking the personal and the societal in a way that demonstrates how these poems are relevant to a troubled past and a contested future.

Shot through with questions of inheritance and ancestry, The Quick probes the ways in which a patriarchal society has been inculcated and may be overcome. In the sardonically titled ‘Using My Tongue’, where a biblical Adam figure is shown compassion despite repeated violence towards young girls, the narrator’s ‘aching gut asks: / why is it a punishment to be a girl?’

After the 2018 repeal of the Eighth Amendment to the Irish Constitution, which equated the life of an unborn child with its mother, poems like ‘Poetry’ revel in equity as a hard-won condition:

Sit back, relax and witness
these rare natural phenomena –
some day we may wake to find
the attitude has moved on

to other hunting grounds,
so enjoy it while you can
and hope, for our sake,
that it outlives you.

‘Citizens’ Assembly’ is similarly-minded, impelling us to embrace life as ‘too serious a business for those / with eyes clouded / by a future.’ While Traynor’s agenda is progressive, her poems laudable in their quest for fairness, she is also sensitive to ‘the faithful departed’ (‘Citizens’ Assembly’) and sandwiches between these two poems a neat take on that Victorian tradition, photographing the dead. The poem fixes not on the deceased father, but instead on the mother, ‘her gaze glowering out of shot, / at the thought of tomorrow’s / hard slog’. While it could have ended there (and would have worked) Traynor pushes it, inserting a surprising second-person account:

But you, at the centre
of the scene, your eyes seek
something further afield

and the sideways shrug of your neck
suggests a nonchalance.

Used as a time-hopping device, poems can memorialise, but handled with grace and skill by a poet like Traynor, they can also re-energise; the final triplet lingers in the mind as an incantation of the whole book’s agenda:

all that life shining
through their pasty faces,
and what are they to do with it?

Traynor’s personal narratives frequently expose conservative social conditions; her poems work as rear-view mirror correctives to problematic pasts. ‘The Artane Boys’ Band’, one of the strongest set-pieces in the book, gives us a girl’s-eye-view of that sometimes-lethal combination of performed nationalism and an inebriated sports crowd: ‘Da used to swing me over the turnstile, / to see the Dublin matches […] I’d never see much of the game; / what’s left is the smell of men, / their coats steaming rain and beer’. While Traynor knows that her poem cannot absolve the past, her imaginative capability can present ‘Da as Emperor’ ‘giving the thumbs down, / shaking his head for the loss of his son’.

Long-memoried and prioritising the sanctity of all life, The Quick should be praised as a book ‘built to stagger on’ (‘The Quick’) and forge a compelling vision of the future. 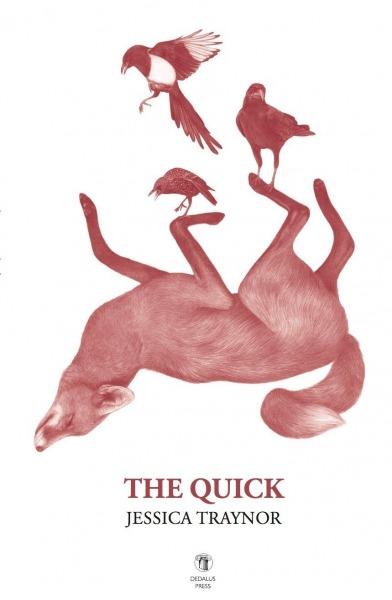 You can find out more about The Quick from Dedalus Press.