In this, her fifth collection, Clare Pollard engages with how we navigate our ethical way through the modern world, with its treacherous wonders.

The poems in Incarnation (Bloodaxe) explore contemporary crises and question whether it is possible to transmit understanding and compassion effectively to others, particularly the young. Incarnations – of self-hood, motherhood, and ‘other’ (especially males) – fuel the poems. It’s dedicated to Pollard’s son, not with an ‘apologia’, formally defending the book’s opinions or conduct, but ‘with apologies’ (a wry twist on the phrase used to introduce a version of another’s work). Much of the material includes snapshots of her son’s life and development, the book acting as both a record for her son and a concern for him. There is also a deeper sense of loss and sorrow.

The collection begins with his conception:

Yes, this is what the world needs: more of us.

The foxes scream the dunes down with disgust.

It ends with her son acquiring language:

you’re animal, as they are,

each captured by a caption…

~ ‘In the Horniman Museum’

The slippage (and multiplication) of identity that motherhood brings is a keynote throughout. The poem ‘Object Permanence’ (knowing that things continue to exist when they can’t be observed) plays with the idea of the child beginning to comprehend how the world works, when it’s the mother who has to develop this understanding. With this knowledge, gender stereotypes and media representations are explored. In ‘Pool of Tears’, the speaker considers how slickly and insidiously people and events are categorised:

She was assigned a gender with her vagina

so in a child’s drawing she’d wear a pink skirt,

Later on in the poem, the horrific appeal of ‘click-bait’ news and the surreality of catastrophic world-wide events bewilders the narrator:

A white man shoots 9 black people in their church.

touches her tender bones in the mirror,

until she’s up to her neck; struggling.

‘This isn’t helpful,’ says the Dodo.

In ‘Hamelin’, the tale of the Pied Piper is re-imagined with social media as the plague-spreader:

‘This town needs rid of rats…

sharing and sharing something sickening.’

What does it means to bring a child into the world today? Pollard’s poems are deeply ambivalent but also deeply questioning on the subject. The tone is apocalyptic:

… and we’re falling through our days

in this pissing useless ark

while the floodwater ticks upwards.

~ ‘In the Horniman Museum’

It calls to mind Leonard Cohen’s vision of ‘The Future’: ‘there’ll be the breaking of the ancient western code/ your private life will suddenly explode. […] I’ve seen the future brother: it is murder.’ Likewise, Pollard explores how becoming a parent breaks you open (literally for a woman, as ‘Afterbirth’ attests).

In the poem ‘Suffer’, the title acts as stand-in for the phrase ‘suffer the little children’, as well as parental angst and wider pain in the world. The theme is ambitious, and could risk sentimentality in less skilled hands. But Pollard lays down each line carefully to retain its integrity:

and you got pissed at that wedding and cava can harm the foetus.

The damage that can be done to a child, and ourselves, is unflinchingly enunciated. The reader’s engagement expands with the scope of the building lines:

You might drop her or break that delicate neck or that terrible vulnerable pit in the back of her skull.

… You might sell her or pimp her or mutilate her genitals

The result is not generalisation, but a progression of acts and ‘sufferances’ that radiates cruelly out from the familiar to the wide-reaching. The sufferances are both in the sense of undergoing the suffering, and also being party to it ‘on sufferance’, without interaction. It escalates to the harm we cannot help:

You might not be able to stop climate change.

You might not be able to offer her hope.

One of the most interesting things about this book is its representations of males, in all their tactile glory, as seen clearly from the female perspective. The outstanding poem ‘Boys’ is a culmination of preoccupations throughout the collection:

on the corner when their laughter isn’t laughter,

on the days the newspaper is all reasons:

The personal to political stance in the poem, and back to personal, takes us on a fierce meditation on what boys ‘mean’:

Boys. They start so early with their dinky sweatpants

and prison stripes and hoodies…’

Look at them outside the chicken shop:

the muscles of their arms hard from lifting and lifting

themselves off the floor;

that lump in their throats;

the sag of their crotches hiding the secret

the tiny stables of their armpits…

their legs patted down as they lean

against the hoods of police cars.

Men are acknowledged as being labelled and ghettoised too – ‘metrosexual’ and ‘Mothercare’ are as pervasive as the ‘yummy or slummy’ tag the mother is allotted in ‘Suffer’. It’s hard not to be complicit: ‘My toddler… who tears round with the nee-naw car we bought him’ (‘Boys’). But the compassion and empathy, the will to understand a form of ‘other’, is central to the collection, and it also extends to other encounters with the vulnerable (‘Parables’, ‘Los Indignados’, ‘Monte Alban’). Ensuing anger at injustices fuels many pieces:

Are you […]? Are you even fucking listening?

O the tender kiss his car gives the lion.

The grimness though, is shot-through with humour – as when as when invoking Cyril Connolly’s dictum ‘There is no more sombre enemy of good art than the pram in the hallway’:

Lately, I see through a narrow chink in a stairgate.

I see doors and think: can I get my pram through that?

Linguistically, the poems are muscular entities, with a candid diction that highlights our sensitivity to current flash words: deploying the word ‘cunt’ (‘Ghazal of the Rose’), for instance, seems less shocking than ‘terrorist’ (‘Sapiens’).

Pollard’s is a gritty reality, but one grounded with a culturally aware, geographically various, and historically wide-ranging sensibility: there are versions of creation myths, fairy tales, mystic poems, and laments for lost contemporaries – from Amy Winehouse to honour killings. Ultimately, Pollard is an idealist: love (and art) is possible and perhaps redeeming (‘The Future’ again: ‘love’s the only engine of survival’). She believes in knowledge, self-awareness, enquiry and compassion as effective ethical tools:

it was sulphurous, dark and incomprehensible

if you hadn’t been brought up to think it good.

In ‘The Second Life of Art’, Eugenio Montale says: ‘The ultimate possibility of social significance which an art born of life always has [is] to return to life, to serve man, to say something for him.’ In this collection, Pollard admirably fulfils this, offering us clear-eyed, intelligent questioning of what the world today offers our children, our future(s). 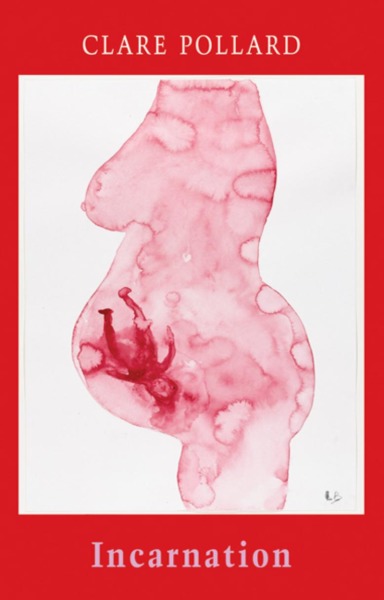