This short collection finds its genius loci in the landscapes of West Yorkshire and the English Lake District, but its thematic concerns are much broader: seeking to create resonances with both the human and more-than-human creatures which populate the earth, or the ‘portion of it’ we can at any time meaningfully engage with (‘Sixteen Acres’), Corbett’s writing is indebted to its Romantic predecessors, but crucially feels very much alive to the moment.

The six-part title poem has as its lodestar Dorothy Wordsworth. The notes at the end of the book tell us that ‘A version of A Perfect Mirror was written and shown as part of Dorothy’s Colour, a collaboration/exhibition with the visual artist Zoe Benbow’. The poem certainly feels collaborative, mixing as it does a panoply of voices. From a replication of ‘Coleridge’s dream’, in which a ‘black-haired woman, wild-faced’ rouses the speaker from slumber, to a migraine which ‘you try and out-walk’ but whose creaturely form is impassable, to the various birds, butterflies and wildflowers which populate the vistas, Corbett’s borrowing of Dorothy Wordsworth’s description – of ‘the lake/a perfect mirror’ – extends into a dialogic engagement with place. The place of women in these landscapes and narratives is brought from periphery to centre, while the centrality of humans in a fragile world is sidelined.

Corbett has a keen ear for form and rhythm, which she uses deftly in poems such as ‘The Meaning of Birds’:

What of the collared dove the dog
_______pulled from a rabbit hole to flap,
flightless with shock across the field,
_______what of the kestrel? There, there it is –

wind-skirted redback, windrider,
_______fieldcopter dizzying off the line.
The magpie is a question. Each morning
_______a question that never gets answered.

I have quoted the penultimate and final stanzas fully as I feel they perfectly summarise how Corbett orders and then judiciously re-orders her poems. Her use of line and stanza breaks is magisterial: note how the kestrel, ‘dizzying off the line’ as observed, actually dizzies off the page, showing that, no matter how keenly we might observe birds (and one senses that Corbett has spent many hours in quiet reverie with avian company), their performance will always be slightly elusive. A lesser poet may have broken the first line at ‘dove’, but read it back and consider how beautifully bizarre it is to see the words ‘dove the dog’ in such proximity.

A theme which percolates throughout the collection is the limits of and useful/less-ness of language. ‘The Frozen River’ self-reflexively tests this hypothesis, immediately wondering whether a river might not, in fact, be ‘a glacier/reaching to the horizon’. While the merits of the poet placing herself directly (or even obliquely) into the poem might be debated, my sense is that Corbett’s decision to say ‘This is not an environmental poem, this/is nothing more than a dream poem; this may/not even be a poem’ is done somewhat sardonically, the poem being more dynamic for it. ‘Ponder[ing] for a while/after waking whether I am missing/something’, the narrator – who of course might not be Corbett, bearing in mind the dream framework is established straight away – is seen to ‘worry the depths […] inexorably moving/towards a horizon we will never touch.’ As I see it, this poem isn’t solely an environmental poem (though I think it, like others in A Perfect Mirror, add to ecocritical discourses) but an important piece of metafiction, asking what poems are and what they should do; what they can ever hope to achieve beyond a bearing witness.

The three ‘Praise Song’ prose-poems which intersperse the collection are some of the strongest in the book. The second, ‘I.M. Jo Cox, MP’, is vital, measured and full of empathy. In it, a Muslim taxi driver ‘offers me an image of his family […] the house throwing their light among the shadows’, before ‘a burnt thing smacking its lips’ ‘crouches between us’. This monstrous ‘burnt thing’ is the seven sins rolled into one amorphous shape. Its conjuring – and banishment, ‘a dais we both lift off from’ – feels potent because of its peculiarity, making the subsequent appearance of ‘Trump and his cronies incumbent at The White House’ feel intrusive. Some of the tenderness of the scene is punctured here, and while the dexterity of the poem recovers to fixate again on ‘what we have in common’, I am reminded of comments made by the American poet, Patricia Smith, who impels us not to be preoccupied by the looming figure of the President, and instead to concentrate on what the media are not: the daily erasure of black and minority ethnic people.

Beginning with ‘praise of summer’, the third Praise Song soon finds its duty of care extending to the ‘Syrian woman who read and re-read the whole of Jane Austen through the long siege winter.’ Conflating two apparently-disparate cultures and environments, the poem is a meditation on the transformative powers of art: ‘For when there is too much fear there is never enough summer’.

The first Praise Song hit me right in the gut. It is an expertly-observed piece of literature, my favourite in the book:

I write in praise of the junior doctor who, at four am or some time thereabouts, pale, sweating, swaying foot to foot at the tale-end of a double shift, put his fingers into my uterus and swept the last blood-thickened scraps into a metal dish.

‘He did this’, the narrator tells, ‘because I asked him to, begged, pleaded with him to be spared the mask, the plummet, the counting back into the abyss’. Often, cautious students of poetry worry that their poems oughtn’t be about one ‘controversial’ thing or another. What Corbett has shown is that they should take the opposite approach: fill their poems with all the savages and saints which make up the human condition. Only then will the mirror of poetry be perfect. 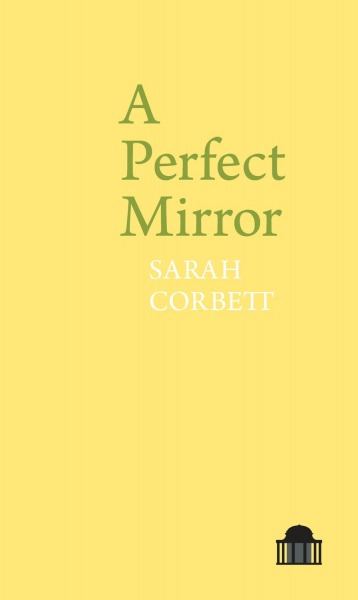 You can order A Perfect Mirror from Liverpool University Press.

Mirror Lake Grasses by Stephanie Young Merzel. This image has been cropped and a filter placed over it. Licence.