Home » Blog » Re: Review: ‘You Have A Visitor’ by William Wootten

William Wootten’s You Have a Visitor (Worple) shows an impressive mastery of a range of forms working in the tradition of Auden and Gunn.

Sequenced around the seasons, You Have a Visitor begins with ‘Reveille’ in which ‘Day comes up cold,’ and works through ‘Easter Tide’, ‘Of Late June’ and the harvests of autumn, to a charming final poem about December. It is a collection in which the whole is as admirably crafted as each individual poem.

The title poem is a perfect poem of its type. It describes the visit of a Meet Joe Black-ish Death:

He rolls up casually, as if he were

Merely an old friend come to make a call.

The soft cadence in his voice might be a fall

Of grass which drops back into hay, the whirr

Of blades that take the meadow or the hum

Of the last bus. But he has things to say

And won’t be put off lightly.

The poem ends hauntingly, the use of second person and the way the ending projects into a future beyond the poem giving Wootten’s words an effective after-life:

He asks if you would join him for that drink,

And, once more, you put him off and see him smile,

Quite unoffended. He knows how, in a while,

You’ll come with him, may even grow to think

More kindly of his waiting at your door.

You Have A Visitor has real range, and Wootten’s mastery of rhyme and metre makes him adept at writing upbeat poems too. Here is the final stanza of ‘That How You Do,’ a charming poem of fatherhood:

The rain, oh it is nothing

But lots of falling water,

And life can give you nothing

The sun has got his hat off,

He splashes down the lane

While we do the Hokey Cokey in the rain.

Matching the over-arching structure of the collection, Wootten often draws his subject matter from nature. At times the poems are so lyrical that they become song-like, though the music of his verse requires no backing band. Here is the opening of ‘The Apple Tree House’:

If there were an apple tree,

Here by my window,

I’d climb to the apple tree,

There by the window,

To see if its branches

To see if its branches

Held apples for you.

If poems like this deal with subjects and themes which have long been popular for poets, other poems directly mine the literary canon. ‘In The Detail’ is an interesting take on Doctor Faustus. The dramatic monologue allows Wootten to inject a real spoken energy into the poem:

A good evening to you Doctor!

May I come in? Why thank you!

It is always heartening

When one makes the effort.

You will have the document?

You do? Excellent, excellent!

We have business to conclude.

Similarly, ‘Ginny Lee’ works in the tradition of ‘La Belle Dame Sans Merci’. The speaker is given warning about tangling with Ginny by a barmaid:

That Ginny is a weird one,

She’ll win you to her charm,

And use her soft enchanting

To spin you into harm,

For any girl knows lads

Who would take off with her

Get lost or else come back

As half the lads they were.

Despite this, he is seduced by Ginny’s singing:

But walking back that evening,

Cold in the rags of the moon,

I heard somebody singing

So lovely that the tears came

Down as I walked along

Knowing that there is an end

To every haunting song.

He returns from his experiences with her the sort of changed man he’d been warned he’d become, reminding us of Keats’s knight ‘alone and palely loitering:’

And now I have come back,

I only long to be

The lad I was before

The relationship between Wootten’s poem and Keats’s is instructive because it brings to the foreground something one notices at times when reading this collection. I’d say it is something like the relationship between, say, the music of Oasis and the pre-existing songbook – I’d say that, if I at all liked Oasis. Wootten is never writing parody, pastiche or imitation, but he does seem to be writing in some cases in homage, beautifully-crafted poems which are steeped in tradition. The poems sometimes display the formal gifts of their models, but the ambiguity and complexity of the originals can seem flattened out. ‘Ginny Lee’ doesn’t have the mystery and allegorical richness of Keats’s poem, won’t generate that multiplicity of questions that have kept Keats’s poem alive down the centuries – about the reliability of the speaker, the nature of the ‘lady’ and what exactly Keats is driving at, among other things. But any accusation that Wootten combines complexity and beauty of form with some straightforwardness in the treatment of subject matter must be held alongside the notion that it’s necessary to compare his work to Keats’s to get there.

Among Wootten’s treatment of traditional subjects, ‘Arrival of Another’ is a very interesting addition to that club with very few members – the moving science-fiction poem. Spoken in the voice of an android who has been conjured by someone who has ‘despaired/Of true love when stationed in a place/Far from population hubs,’ the narrative progresses through courtship to ‘Intimacy with the Antigrav/Turned on.’ The poem moves from humour – one is reminded of Deryn Rees-Jones’s wonderful ‘Lovesong to Captain James T. Kirk’ – to the lover’s post-coital rejection of the speaker, creating an interesting parable about romantic love, with a moving conclusion: ‘I drift on here, wanting you alone.’

All in all, there is a great deal to admire in Wootten’s first collection. He can do lyric, narrative, darkness, joy, tradition and innovation. Most importantly, it is greatly heartening to see a new writer emerging with such commitment to the traditions of form and the musical possibilities of language. It is strange to think that this collection was published in the same year in which, say, Ruby Robinson’s fabulous debut, in a very different style, appeared, or in a climate in which the first collections of Emily Berry, Jack Underwood and Rebecca Perry have been among the best received of recent years. When set alongside these collections, the way in which their language so consistently fizzes, pops and amazes, one wonders whether, as well as maintaining his mastery of form, Wootten will be able to open a vein in his work which is wilder, more startling. If he can, his next book will be something to behold. 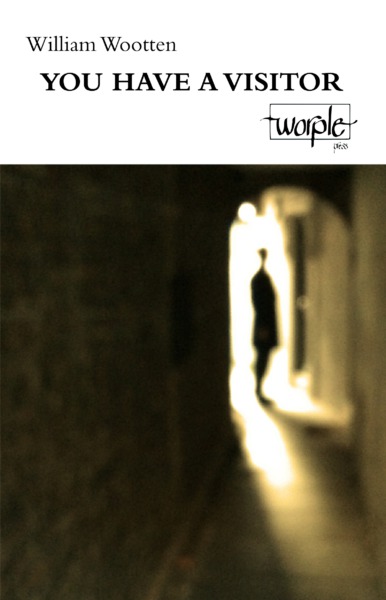 Re: Reviews are a new initiative from the Poetry School, re-visiting titles published last year that were overlooked at the time. We invite (and pay) emerging poetry reviewers to focus their critical skills on the small press, pamphlet and indie publications that excite us the most. If you’d like to review us or submit your publications for review, contact Will Barrett at – [email protected].