You don’t have to be a believer in palmistry or divination to enjoy Jenny Sadre-Orafai’s second collection, but openness to alternative ways of seeing and knowing is an advantage.

The book is titled after the poet’s late grandmother who was a chirologist and diviner, well respected in her community. In ‘Company’ we are told: ‘Families we know / rush through Turkish coffee, scalding their throats’ in order to witness Malak hear ‘futures in cups the way we / hear oceans inside shells.’

Divided into three parts, the first of which recounts memories of the poet’s childhood and experiences shared with her grandmother, Malak  (Platypus Press) describes and explores the work of the chirologist and diviner. ‘Mouthing the Future’, for instance, details the child poet’s response to Malak’s supernatural abilities:

My father tells me not to tell my friends,

They won’t believe how your grandmother sees

twitching in the seam where the handle

meets the cup. I believe so hard that I write

down her language of residue. I ask, Who

will tell us what happens after she’s gone?

Don’t put that future in my mouth—I can’t say it.

‘Mouthing the Future’ bespeaks a mixed sense of awe and anxiety surrounding the role of the diviner. The father does not want his daughter to tell her friends because Malak’s methods of seeing are unconventional, but the daughter so admires her grandmother’s powers that she ‘write[s] down her language of residue’. The closing lines of the poem, however, suggest an anxiety of inheritance (one of the collection’s recurring themes) as they shift from describing the work of the grandmother to bring responsibility onto the shoulders (or tongue) of the granddaughter. The poem appears to end with the role of diviner being revoked (‘Don’t put that future in my mouth—I can’t say it’), though the final line may also imply that the speaker does not want to imagine a future without her grandmother in it.

Death, and specifically the attempt to come to terms with the loss of Malak, looms large in this collection. The second section, ‘Origin’, comprises a prose sequence in which the speaker struggles to adjust to life without her grandmother, seeking (and finding) elements of Malak within herself:

I made the door lock without a key, once without a

hand. I like to think it came from Malak and not the

woman at the co-op. My grandmother and I wore the

The woman at the store says, we looked alike when I was

In this, the first of the nine passages that constitute ‘Origin’, the speaker discovers that she also possesses supernatural powers (‘I made the door lock without a key, once without a hand’). However, anxiety concerning what one does or does not inherit from one’s ancestors reappears when she expresses her uncertainty as to whether the source of her supernatural abilities is Malak or the ‘woman at the co-op’. ‘Origin’ oscillates between belief and disbelief regarding hereditary gifts. However, by the end of the section, the speaker’s own capacities have been accepted as useful and powerful tools for self-preservation, as is clear from the confident tone of the final prose poem:

The right rear tire of the car in front will burst. Both

school parking lot, like all fathers. I won’t move from the

tire’s path. I’m daring it to do what I tell it. Several

minutes later, the tire blows. I know and I swerve.

While the first two sections are fairly unified in tone and subject, the final (and strongest) broadens out in scope. Here, the poet’s voice is more assured and expansive. Whereas in the earlier poems, the setting is unclear (the focus being not on the empirical world but on the spiritual world of Malak), in this third part we become more aware of the world as a backdrop to the poems. There are cab rides, airplanes, and specific geographical locations: Wisconsin, Round Lake, Michigan.

Some of the most powerful poems in the collection are those that juxtapose or, rather, marry the ordinary with the extraordinary. In ‘Listen’, the speaker and her companion find a dead bird ‘behind the museum near Sixteenth’, an ordinary enough occurrence until she imagines ‘pick[ing] it up, put[ting] it in the front seat, driv[ing] it / back home.’ When the couple find a second dead bird, it is described as ‘a flat cloud of oil and down’, a brilliant fusing of the unexpected and intangible (a ‘flat cloud’) with the material and ordinary (‘oil and down’).

Towards the end of the poem, the limits of the powers of a diviner are made clear:

Their song is here and I can’t put it back into their mouths.

However, the indestructibility of life is poignantly asserted in the penultimate line’s description of the dead bird’s song as still being alive ‘in the trees that look like fire.’ The final line, ‘The birds listen, even after dark’, is as apt as it is beautiful, since the collection as a whole can be read as an invitation to the reader to look and listen more closely to the world. The suggestion is that, where one might least expect to see, important knowledge can be found.

In Malak, Sadre-Orafai depicts a way of life interconnected with the natural world, and receptive to non-human perceptions and narratives. Throughout the book, the pronoun ‘we’ appears repeatedly, creating a strong sense of community, one which expands beyond the human. An animal that is given symbolic significance, the fox, is represented as an intermediary between the realms of the living and the dead. This is fitting since in Iranian culture (Malak’s culture of origin), foxes are traditionally believed to help the dead make their way into the afterlife.

The community described in ‘Path to the Split-Log Home’, and alluded to throughout the collection, is matriarchal. Sadre-Orafai champions the power that can be found in female community and in spiritual, non-scientific modes of seeing, and challenges materialistic and empirical modes of knowledge. Male silencing of women is relegated to the past in ‘Lifecasting’, in which the speaker sheds her cast and is finally freed:

He demolded me after I read him

his hand. I said, pick one, from the pile

of parts. He pulled my other head, blank.

My other body, an empty piñata,

held up a wall. His hand over that

Malak is a work of intimate and intricate craft. It is both a personal commemoration of the poet’s late grandmother, and an imperative to the reader to look around and see the world in all its multiple dimensions. The collection interrogates the spaces between the known and the unknown, the visible and the invisible; it suggests there is much that might exist and be true, even if we can’t ordinarily perceive it:

no one here is awake yet.

The way we raise the dead is real.

Our whole gold life is happening. 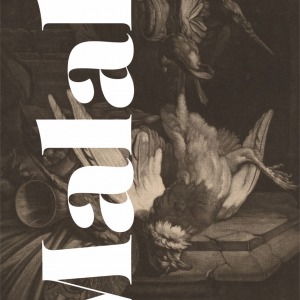 You can Malak  from Platypus Press here.

Sarala Estruch is a London-based writer, poet and critic. She holds degrees in English Literature and Creative Writing from Goldsmiths College and Birkbeck College, University of London. Her poetry, fiction, creative non-fiction and reviews have appeared, or are forthcoming, in Wasafiri, The White Review, and The North, among others. A pamphlet-length collection of her poetry will feature in Primers Volume Three to be published by Nine Arches Press in April 2018.

Doors in golden hour light by Felipe Vidal. This image has been cropped and a filter placed over it.