Welcome to the first in a series of sneak peeks at this year’s Primers candidates. The shortlist has been announced and the judges, Jane Commane from Nine Arches Press and Jacob Sam-La Rose, are busily reading the full submissions to decide which three poets will receive mentoring and publication in the second Primers: Debut Poetry Shorts.

We’re eager to find out more about the 10 poets shortlisted for the scheme, so we’ll be featuring each poet on CAMPUS in the build up to December’s big announcement, giving us all a chance to read a sample of the poetry that stood out to Jane and Jacob.

Ben Bransfield is from Shropshire. His poems have appeared in The North, Obsessed with Pipework, ASH, and have been placed in Peterloo and Wenlock competitions. He was named a Poetry Society Teacher Trailblazer in 2015, and he lives and teaches in London.

Full-tilt on the steep field
you feed on greens as fully as your brothers do
but wander further than the rest
to weigh the balance of a branch
between your cattle lips
the way a dog might, the way a large bird could.
What ground you have covered, copper calf,
what market you have pillaged from pheasant and hare
to build your bulk. Your ears twitch,
conduct their orchestra of chomp and tear,
your several stomachs even now at work
under your golden healing fleece, your prize hide.
Your tail is a dancebrush, scribing cooler air
with your short yarn of half-baked flies and shit
that pours a thin stream from your back-end tap.
Your mother watches me move
the way a mother might, in a park, on a beach.
I could watch you for days, learn to do
with my head and neck the moves that are your trade.
Copper calf, what is a nettle to you,
a dandelion exploding through a feast of grass.
I could smell the burnt sugar of your skin through such fine felt,
I could let a slice of your tongue melt on mine. 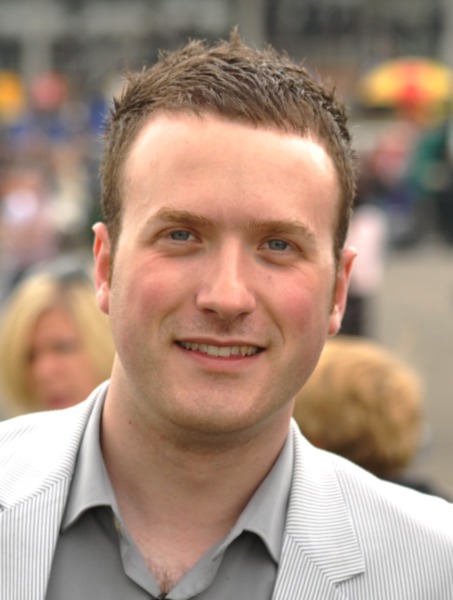 Stay tuned for features on all the shortlisted poets over the next two weeks, and find out the full Primers shortlist here.