Kostya Tsolákis: You’ll be taking part in a couple of events at Poetry in Aldeburgh this year, reading with Suzannah Evans, Matt Howard and Josephine Corcoran. You’ll also participate in the launch of the next issue of Modern Poetry in Translation. You’re no stranger to the festival. What are you hoping to bring to it this time around?

Chrissy Williams: I try to bring a sense of playfulness to the poems I present. I think it can be useful to be aware of where you’re reading before deciding what to read. I read at the Poetry Library recently, at an Art Brut event organised by Steven Fowler, with an emphasis on handwritten and handmade poems. Along with the reading (connected to navigation), I also brought in nautical charts I’d cut up and asked the audience to write on, in whatever way they wanted, while I was reading. I thought it’d be nice to give people permission to do this, so the piece was as much about their response as anything else. I collected all the anonymous­ fragments in at the end and it was really moving to see what people had written.

I’m looking forward to Aldeburgh, and especially to reading with Suzannah Evans who I know is interested in the idea of apocalypse – I can’t wait to read her first collection Near Future that’ll be out at the festival. I’d like to see if I can bring something suitably catastrophic to the reading that chimes with her work! In terms of MPT, I wrote a review for the next issue and I’ll be introducing some poems from it at its Aldeburgh launch.

Kostya: It’s over a year since BEAR came out. Are you working on new poems? What inspires you at the moment?

Chrissy: I wasn’t writing much in the lead in to BEAR coming out, and not even when BEAR came out, as I was caught up with the live aspect of doing readings. But I’ve been writing more and more since. I now feel the book is behind me in a pleasing way, as though I’ve stepped out of it. I’ve made a bunch of unsolicited submissions to poetry magazines for the first time in a very long time. I’ve been writing more about women – and a lot about RuPaul’s Drag Race, poems inspired by the show.

Kostya: What do you love about Drag Race?

Chrissy: Drag Race has a sense of fun, relatability and, to a certain extent, education. As a poet, I love its engagement with language. It’s great to see the way language can leap about. I’m trying to work out how an Alyssa Edwards tongue-pop might look on the page. Of course it’s impossible to represent literally, but I like trying to think about what symbols or letters might best capture it. A poem could be a machine made of tongue-pops! Much easier to do in a reading of course.

Kostya: Some people might say that RuPaul’s Drag Race, and popular culture in general, is not something poets should be writing about. How do you respond to that?

Chrissy: There still seems to be this weird barrier between a certain group, or perhaps generation, of poets who think things that happen on social media or TV are somehow not valid as poetic subjects. This is nonsense. It makes me angry, as it not only devalues people’s work and how they spend their time, but also seems to be in denial about the way people actually navigate their daily lives these days. Screens, and what happens on them, aren’t frivolous by default. If I have an emotional response to something, then it’s a valid part of my experience, and deserves an equal place in my writing. I think anything is valid as a poetic subject, anything can become meaningful under the right lens, and there should be no limitations placed on what poets write about.

Kostya: What are your thoughts on poetry and social media?

Chrissy: With social media, we’re getting more used to seeing the face of the person whose poem we are reading, to knowing what their voice is like, and their general demeanour. It changes how you read on the page. For example, when I read Kei Miller’s work, I can’t help but imagine Kei “telling” me that poem. We’re getting more used to thinking about the words on the page having a poet attached to them, and that can be fun to play with.

While I think we’re mercifully getting past condescending attitudes about “page” and “stage” poets, it’s worth acknowledging that they are two totally different mediums. Reading alone at your own pace on the page is not the same as listening to someone else read to you at their pace – they are two very different ways of taking in the work. I’ve heard Daljit Nagra say he changes things for readings sometimes that are not on the page, to make things sound better. I like thinking about how the reading or performance of the words works differently, and what else you need to give a live audience who are only given one shot at hearing a poem, as opposed to mulling it over on the page at their own leisure.

This hasn’t really told you anything about what I think of social media and poetry has it? Oh well.

Kostya: You are involved in comics and poetry. What’s the poetry comics scene like?

Chrissy: In Europe comics occupy a very different place in the cultural landscape. Here, every Guardian article about comics starts by saying “Hey! Turns out they aren’t just for kids!” but in countries such as France, comics are treated just the same as any other art form.

I started putting poetry comics together because my day job is editing comic books – mostly doing script editing, so still working with language. In this role, you’re not just trying to position words in their best order, but also trying to rein the words in to let the images do their job and talk as much as the words do.

My friend Tom Humberstone, who’s a comics artist, and I started to run some informal poetry comics workshops at the back of a pub, getting poets and artists along to swap ideas and work together for a few hours. The poets at these workshops get to physically manoeuvre their words around the entire page and find themselves thinking about space very differently. There’s a lot of advice about comics that can also be applied to poetry I think, such as the focus on economy of line – trying to do more with less, or thinking about words as visual sequences in and of themselves.

Most of the poetry comics work happening now, other than the Over The Line anthology that Tom and I edited, is happening in America. There is a magazine called Ink Brick, which I believe is the only magazine focusing on poetry comics. Some poetry comics have also featured in Poetry and other magazines too.

Kostya: This past summer you launched perverse magazine online, calling for “deliberate, obstinate, unreasonable or unacceptable poems, contrary to the expected practice”. The way its “micro-issues” landed in our inboxes every Monday over several weeks was exciting and unusual. How did perverse come about?

Chrissy: One day I realised that “perverse” had the word “verse” in it and that it would therefore make a great name for a poetry publication. And once I realised it, I felt like I had to make it happen, so I did. It went so much better than I even hoped, for something so spontaneous.

Kostya: What responses did perverse get?

Chrissy: Well, there was a fair share of people sending me their filthiest sex poems, which was their reading of “perversity”. Others sent me really long poems, which might not fit well in conventional print magazines. Other poems were formally or linguistically perverse in some way. The unpredictable is what excites me, so it was really enjoyable to read through all the work that was sent in.

The magazine got lovely feedback from readers too, saying how much they appreciated it and how interesting the poems were. I love reading poetry magazines in print but finding another way to showcase people’s poems felt useful, as did seeing things get shared so quickly and easily across social media. I will definitely do another issue at some point. The sheer strangeness of it all was great! By the way, you can sign up for it here: https://tinyletter.com/perverse. 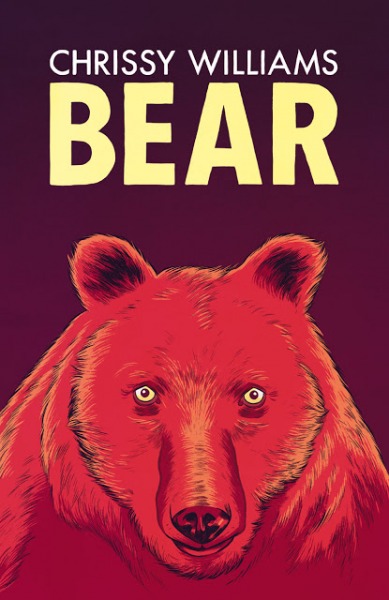 Chrissy Williams reads at ‘Back for More: Aldeburgh First Collections‘ alongside Suzannah Evans, Matt Howard, and Josephine Corcoran at Poetry in Aldeburgh Festival on Saturday 3rd Nov at 10am.

Kostya Tsolákis is a British-Greek poet and journalist born in Athens in 1981. In 2017 a portfolio of his work was shortlisted for Primers Volume Three. He lives and works in London.

Image: Bear by SteFou! This image has been cropped and filtered. Licence.