Unnerving and commanding figures of authority recur in your poetry, including the Doctor in ‘The Incredible History of Patient M.’, the biographer in ‘Our Love Could Spoil Dinner’, and Arlene in the Arlene poems.  What do you think draws you to write about these figures, and do you see the writing about them to be any kind of act of defiance against them?

Emily: I don’t know, control issues? The idea that the people in charge are flawed is very scary to me! And of course they are often terribly flawed, as we keep discovering. I should probably ask a therapist about this, but the therapist would probably be an unnerving figure of authority so how could I trust them?

You have recently published a pamphlet, Aurora’s Escapes, with If a Leaf Falls Press.  Can you tell us a bit about the poems in that pamphlet, and how it feels to assemble a collection for such a small readership?

Emily: I really liked the concept of Sam [Riviere]’s press when he sent out an email about it – he wrote, ‘I’m interested in unofficial translations, rewriting, plagiarisms, monographs, too-personal poetry, responses or revisions to existing works, annotations, drafts, listicles, inside jokes, fan fic, anecdotes, statistics, anonymous or pseudonymous lyrics’ – it inspired me to look back through my old notebooks to see if I could re-purpose anything. I have this notebook in which I’d periodically written down dreams I’d had over about a two-year period – not with any intention of doing anything with them, but just as a personal record – and that’s where Aurora’s Escapes comes from; they’re like, adapted dreams. I love how dreams can deliver you up this readymade wacky story. On the other hand as a reader it can be annoying to know that something comes from a dream, so I’m sorry.

You have previously written an essay on ‘Poetry and Type’ which examines a poet’s relationship to the writing process through reflections on formative experiences of the mechanics of writing – on a typewriter, on computer or by hand – as well as the ways in which a writer’s identity might be constructed or adopted.  What is your preferred method for creating and editing poems, and does your poetry change if you shift between processes?

Emily: When I start writing something it might be by hand or as a note on my phone, depending where I am. Usually it’s just a line or two or some kind of fragment that I’ve recorded. I rarely start right away with a blank screen. Actually I think I draft much more by hand than I used to. Could it be that sometimes it’s really the poem that dictates the process of its creation, rather than the other way round. Like, the poems that are in my forthcoming book, the writing of which involved a certain amount of anguish, a lot of them started out as handwriting. A pen is useful if you need to grip something. My favourite pen is the Pilot G1 Extra Fine in black.

The Poetry Archive describes your work as having a “sense of theatrical production” while some of your poems, such as ‘Props’, ‘The Way You Do at the End of Plays’ and ‘Tragedy for One Voice’, clearly reference theatre.  Is a “sense of theatrical production” something you are conscious of when creating your poems, and can you name one or two of your favourite dramatists and say a few words on why you like them?

Emily: I really like playscripts. I mean, how great are stage directions? You can take a word like ‘clouds’ and put it in italics and square brackets and it immediately becomes more compelling. Sometimes I prefer reading a play script than seeing a play performed, I love the way the voice is isolated then and all the other things of life are demoted to just these few notes in square brackets. So I don’t know if I’m thinking about theatrical production as such, but maybe I’m looking to privilege voice in the same way a play might. I think that’s partly where ‘Tragedy for One Voice’ came from – there’s something appealing about the typographical conventions of playscripts and the drama being all there, but flattened out. I like the idea that if I read that poem at a reading (which I’ve not done yet) I would read everything, character names, stage directions etc, then all those things that become part of the production (are not heard but only seen) in a real play, become part of the voice instead. It might just be very confusing to hear though. I read a lot of plays at school and university. Samuel Beckett and Sarah Kane would be two favourites, for being dark and relentless. And funny. The way they can make dialogue out of a single voice.

Your second collection Stranger, Baby is due for publication next year.  Can you comment on how the process of putting together that book compared to working on Dear Boy, whose poems spanned eight years?

Emily: Very different. Stranger, Baby was kind of planned. A strange, planned baby. It was written mostly written in fairly intense bursts over a couple of years. Most of the poems address the same subject matter. With Dear Boy I was just writing one poem at a time until eventually there were enough to make a book. There must be a beautiful metaphor for summing up this difference, but my powers are weak today.

Wilkie Collins, who set a memorable section of his book No Name promenading along the seafront in Aldeburgh, once said: “Whatever happens in a house, robbery or murder, doesn’t matter, you must have your breakfast.” As a co-author of The Breakfast Bible to what extent would you agree with this statement, and what is your recommended breakfast to begin a weekend?

Emily: I am a person who finds great comfort in routine, like a small child, so I hope that if I am ever in a house where there has been a murder that someone will remind me to eat my breakfast. I’ll tell you about my favourite childhood breakfast, which was hot chocolate and a toasted pitta bread with loads of butter inside. I haven’t eaten that breakfast since I was about ten and used to stay over at my friend Sarah’s house once a week after Brownies, but we used to think it was a very good way to start a weekend. 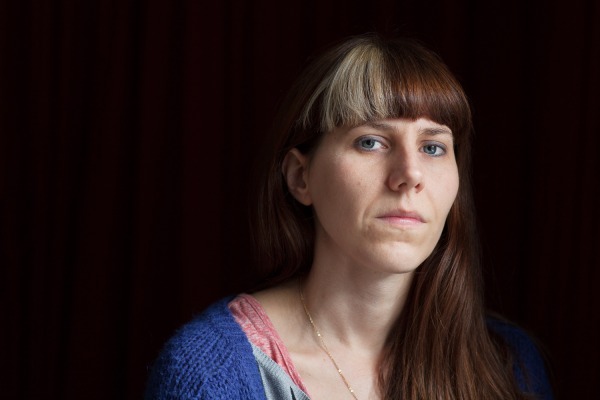 Emily Berry’s first book of poems is Dear Boy, which won the Forward Prize for Best First Collection and the Hawthornden Prize. She was a contributor to The Breakfast Bible (a compendium of breakfasts) and editor of Best British Poetry 2015 (Salt Publishing). A selection of her work appears in Penguin Modern Poets 1: If I’m Scared We Can’t Win (Penguin, 2016). Her second poetry collection, Stranger, Baby, will be published in 2017.