In darker periods, I spend far too many hours Wikipedia-hopping: clicking from link to link and half-learning all sorts of extraordinary things. I find Wikipedia a real horde of things to write about and poems to find. My favourite articles are the list pages, and the best of these (and a good portal to further lists and astonishing languages) is “List of lists of lists”. One of the very few Wikipedia edits I’ve made is to make sure that page lists itself.

So, one night I happened across “List of Fantasy Worlds” and was struck by the beauty of the language therein, fascinated by how the names used a mess of portmanteau, onomatopoeia, allusion and linguistic mimicry. I also thought that a lot of them sounded quite sexy, and so that it would be fun to write a love poem using only those words. Using restricted vocabularies is a technique I picked up from Edwin Morgan’s ‘Canedolia‘, which gives rich grammatical meaning to Scottish place names, but I’m sure many other poets have used it.

I set about making the poem quite methodically. I opened up a .txt file and copied over all the fantasy worlds I liked the sound of. I confess I also added a few I knew I liked the sound of and didn’t want to miss (and then edited them into the Wikipedia page for accuracy). Then I started sorting them by instinct into nouns, verbs, adjectives and others. Sometimes this was easy – “gor” is most likely a verb from length, and making it one also puns on “gore”, which is a good thing to have in a love poem; “deverry” has to be an adjective from the word ending – and sometimes things were harder to pin down: Did I want to pun “blest” as an adjective or make it an ambiguous noun? Is “xanth” a very fancy descriptor or a sinister object? And every so often there was a gift: “landover earthsea” presented itself as a lovely verb-noun combination, and knowing that Tolkein’s world is “Eä” gave me a perfect interjection to end on. 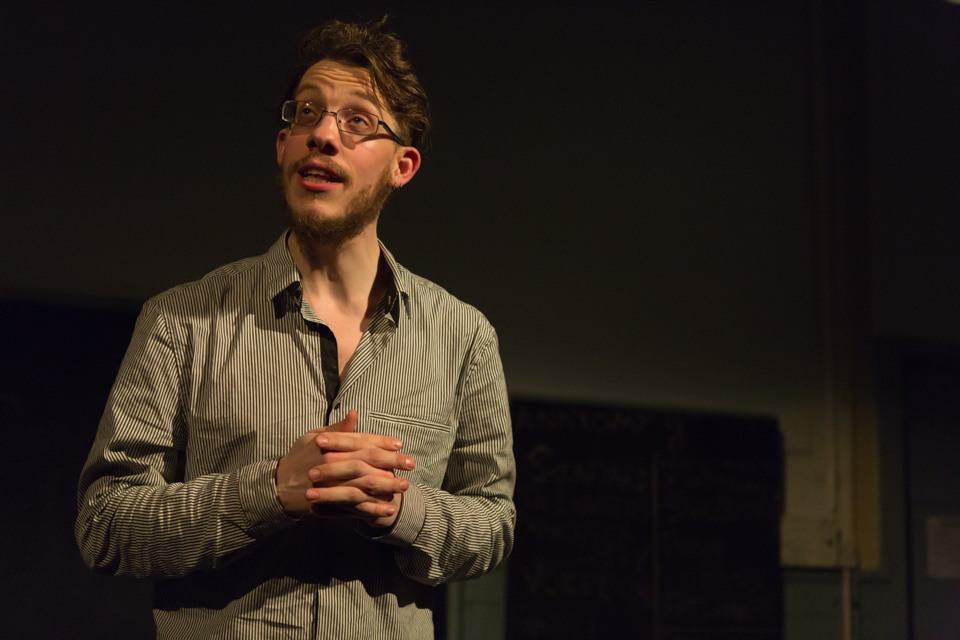 Once I had my lists, I set about making the words flow into a poem. I didn’t make decisions about what any word “meant”, though I might have private connotations: what was important to me was grammar, rhythm, and sonic pleasure. Getting the aural qualities, sentence lengths and enjambs right for a sexy pace was key. I only had a very rough narrative to write through: starting from resistance and dismissal, moving through a kind of reluctant acceptance, and finishing on anticipated pleasure. I trusted that reader and listener imagination would do the rest.

I made my way through the poem by instinct and by paying attention to my tongue and my ears. I knew that the form had to be a sonnet, partly for the fun of it and partly to telegraph that this was a love poem. As long as the rhythm felt right I made line breaks in roughly the right places without counting feet at first. Later, this presented a problem: I had a text I was happy with, but lines varied from 4 to 6 feet depending on how you count. Was I going to go for sonnet purity, or did I trust my sonic patterning more? Was there a structural virtue in the rhythm? (The two longer lines at the end have a pleasing effect of slowing things down for a climax, for example.) In the end I decided that the wonky sonnet worked, though I’m still not sure that was the right decision: there’s a strong strict formalist part of me.

I’d roughed out the poem, then refined it to strong rhythm and sense. The next stage for me is always performance: how does an audience react to it? And when I read it, do I stumble? Performing in front of an audience always exposes weaknesses in a poem, whether it’s a line that doesn’t land right or a combination of sounds that trips your tongue in the wrong way. This led to many minor revisions over a period of weeks before I decided the poem was polished enough to submit. 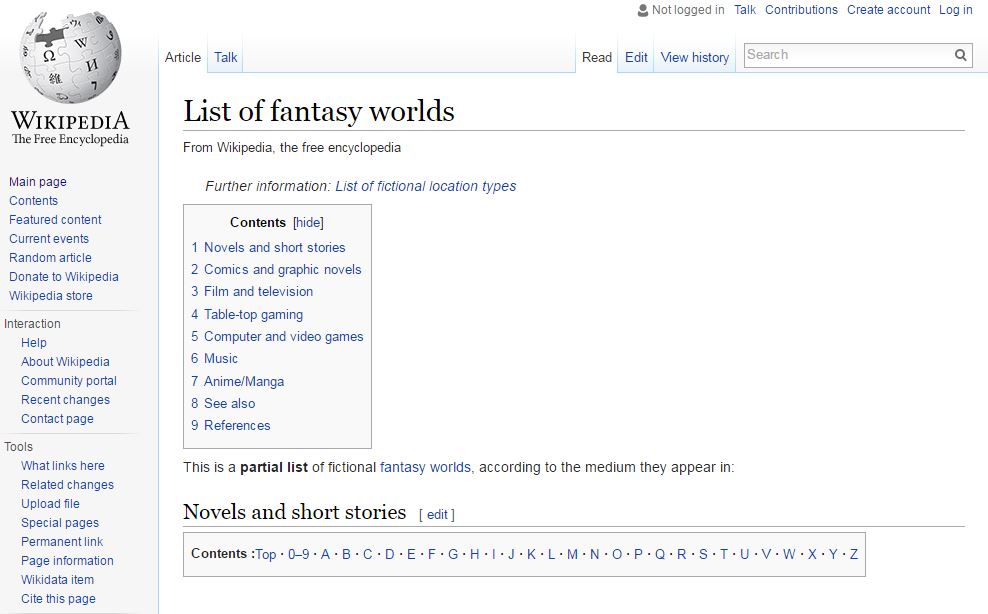 The title came from the journal I thought it would suit, Poems in Which, in which every title begins “Poem in which”. For a bit of formal play, I thought that a title which just bluntly described the poem’s method would work well – ‘Poem in which all the nouns, verbs and adjectives have been replaced by entries from the Wikipedia page List of Fantasy Worlds‘ – it’s also a good piece of absurdism, especially when read aloud. The title is, however, a lie: there’s no poem which the words replaced; rather, I assembled it with the words in mind from the start. (Also: spot the English verbs I left in.) All poems are good lies.

Why did I think this was an interesting thing to do, beyond the fun? (Though fun in itself is a very good reason to do a poem.) My work in general, and the collection Tonguit in particular, is fascinated by the idea of a language as a system, a set of rules for producing meaning. The most obvious approach to this in the collection is through writing in both English and Scots, but even in the poems that look English there are many Englishes: management English, government questionnaire English, political speech English, high register poetic English. I like getting inside a language, figuring out how it works, and then testing and exposing its limits and tendencies. In this poem, I’m trying to get inside the general family of fantasy conlangs, especially those where the language is only ever implied by names. This poem, in the collection, signals that a language is not simple or stable, and should never be taken as a neutral given.

I wanted to write about this process for “How I Did It” because the process for this poem was so methodical, though still full of approaches like “instinct” and “listening”. I was still trying to say something true about sexual desire in this poem. I think that poetic truth can come as much from rigorous procedure as from trying to express yourself or follow inspiration. Whatever the poetic impulse, the method forms the scaffold on which a poem is built. I hope that this poem stands on its own when the scaffold’s taken away. 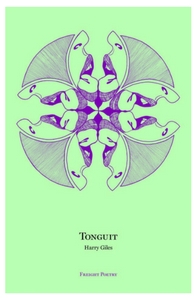 Poem in which all the nouns, verbs and adjectives have been replaced by entries from the Wikipedia page List of Fantasy Worlds.

You gor me. Boxen in your sartorias-deles
and angeous krynn. Too xanth, too zothique,
as though an erde of bas-lag were termina
under your hyrule. As though I were charn

already. Don’t beklan to me, don’t tir like
I’m lodoss to your emelan blest,
like I’ll xen when you tortall my deverry tarth,
ooo, I’d landover earthsea with you, panem.

It’s erehwon. You’re still melniboné,
your eberron oz and aebrynis quin are still
spira. I nirn you. But faltha your athas
and then you can halla me. Og idris:

eidolon to pern me, tamriel! Harn me til
all my mundus aurbis one glorantha “Eä!”

Harry Giles is a performer, poet, and general doer of things. They grew up in Orkney, Scotland, and now lives in Edinburgh. They make art about protest and protest about art and writes about anything. They also co-direct the live art platform ANATOMY and help out at the Forest Cafe. Their first collection, Tonguit, was published last year with Freight Books and is shortlisted for the 2016 Felix Dennis Prize for Best First Collection. A full list of their performances, poetry and projects can be found on their blog.