A few years ago I read Tiger Tiger, a controversial memoir by Margaux Fragoso which chronicles her long-term relationship with a 51-year old man, Peter, which began when she was just seven years old. As a culture, we are collectively repelled by paedophiles – the acts they engage in, or even fantasise about, with children are something we find reprehensible, brutal and controlling.

It’s easy, black-and-white stuff for us: we are right, they are wrong. So, predictably, Margaux’s memoir, about her 15 year relationship with a paedophile, is deeply uncomfortable to read. It is graphic and harrowing, to say the least, but it is also, somehow, compelling.

What compelled me, and I suspect, other readers, is how Margaux ‘greyed’ the line between what is right and wrong. While many of the sexual indignities she suffered at the hands of this paedophile were stomach-turning, she also writes fondly of Peter as both a man and a partner. And, perhaps most surprisingly, she writes with affection in her prologue about paedophiles in general, stating that they live a ‘fantastic kind of reality’ as though they are like ‘children themselves, only full of knowledge children don’t have … They can make the children’s world … ecstatic somehow. And when it’s over, for people who’ve been through this, it’s like coming off of heroin and, for years, they can’t stop chasing the ghost of how it felt’. 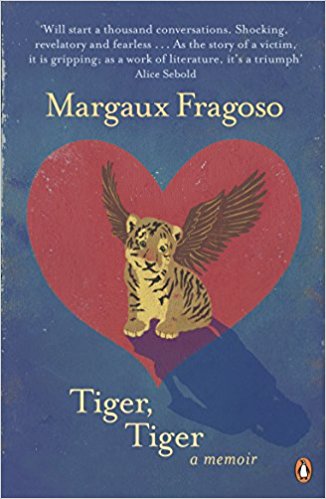 Reading this, I sensed a dead weight settling in my stomach, a foam of questions rising: How could Margaux feel this way? How could she talk about abusers like this? Does she need to frame her abuse as ‘fantastical’ in order to live a healthy life? Do others who have gone through similar abuse feel this way? Do I even want to keep reading?

Despite how uneasy I felt about the author’s feelings towards paedophiles, I did keep reading until I finished the book. And then, I read more. I wanted to find out how others interpreted this memoir because after finishing it, I was left frayed. I knew paedophilia was unequivocally wrong but also felt other things – that Margaux was entitled to write and share her experience, that Peter was not just a black-and-white monster and that empathy has the power to live in these grey areas.

What I noticed when reading reviews of Tiger, Tiger – like this one published in the Guardian – is that the strength of the taboo, and the discomfort it causes, made it difficult for readers to engage with the memoir as a literary text. Most reviewers simply asked why it was written and if it was too graphic. They also made personal judgments about the author and her life as opposed to critically analysing her writing, in the way they would do for more traditional texts. I then read interviews given by the author. In one at The Globe and The Mail, Margaux explains that she ‘didn’t want to write about the sex…But encouragement [from editors and creative writing professors] came about because in earlier drafts, without that horrifying sexuality, it read as a romance.’ 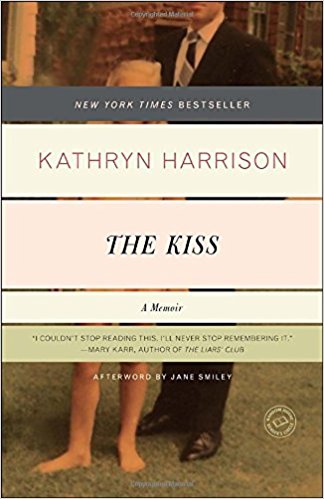 Reading all of this brought up even more questions for me – why is work about paedophilia even being written and why do I want to read it? Before I knew it, and before I had any answers, I was already down a rabbit hole, searching out more and more taboo writing. I bought The Kiss, a dark memoir about Kathyrn Harrison’s passionate love affair with her father, along with countless poetry collections which tackled sexual abuse, abortion, suicide and more.

While reading, I accepted that I found these books uncomfortable and that I would, by definition, not agree with the taboo activities that were being written about. But, from my perspective as a poet, I could not help but be fascinated by how these authors could take something with such emotional freight, something so controversial and gut-turning, and widdle it all down into carefully polished words. It seemed like an impossible task and I admired them for it. This is when I knew that I wanted to run a course about reading and writing taboos.

Confront forbidden topics through a literary lens on Christina’s new online course, Taboo: Saying the Unsaid. Book online or ring us on 0207 582 1679.