Home » Blog » ‘The Poet as Curator, the Curator as Poet’

A curator [from the Latin curare – to take care of] selects and organizes the items in a collection or exhibition.   In creating a poem, we can follow a similar process, selecting found text and juxtaposing it with new writing to spark fresh meanings and revelations. 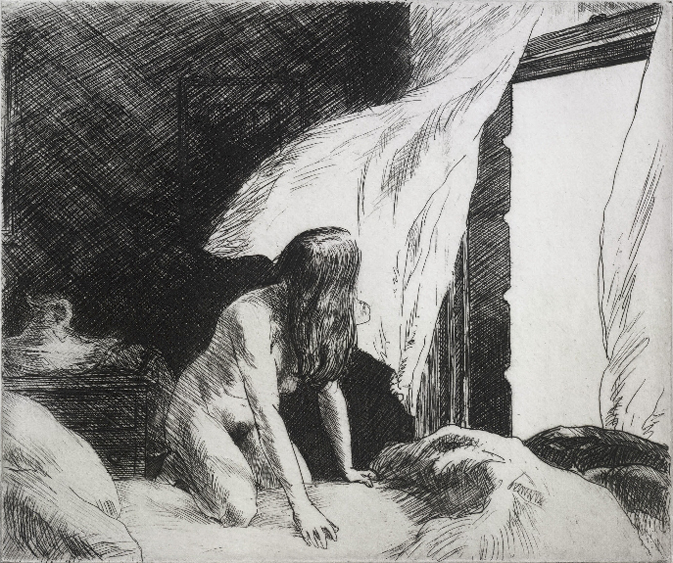 Anne Carson has been described as ‘the all-powerful mistress of juxtapositions’.  A classicist, she fuses the modern and the ancient to produce multi-layered poems that are cerebral and lyrical, playful and profound.   In the sequence ‘Hopper: Confessions’ from her book Men in the Off Hours, poems riff on Edward Hopper’s paintings and etchings, ending with a quote from St Augustine’s Confessions.  This is ‘Evening Wind’:

What dog or horse will wish to be remembered
after passing away from this world
where it moved
as a frailty.
You on the other hand creature whitely Septembered
can you pause in the thought
that links origin
and tendency?

Shut it not up I beseech thee, do not shut up these
usual yet hidden things
from my desire.

The American artist and sculptor Joseph Cornell was one of the pioneers of assemblage: using the Surrealist technique of unexpected juxtaposition, he arranged Victorian bric-a-brac, old photographs, dime-store trinkets and other found elements in glass-fronted boxes to create miniature tableaux that inspired the viewer to see the individual components with new meanings. 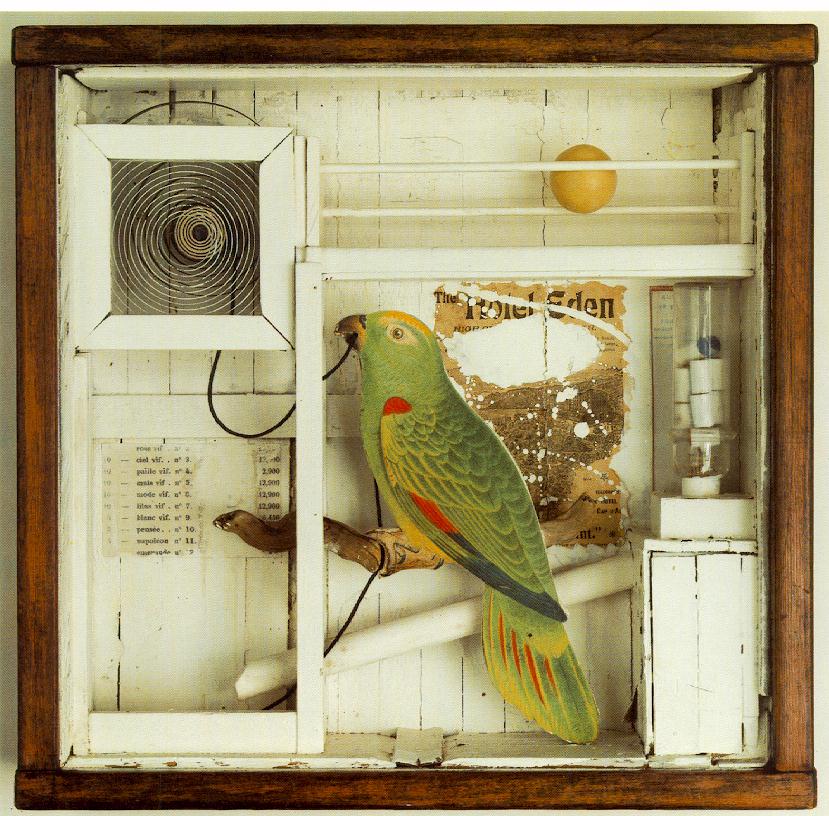 Applying the process of assemblage to poetry can similarly allow us to see our own work in fresh new ways, cutting phrases free of their usual thought-paths and setting them down elsewhere.  What new meanings might emerge for the writer and the reader?

Art begets more Art.  The tradition of ekphrasia began with Homer’s description of Achilles’ shield in the Iliad, and both Auden and William Carlos Williams wrote poems inspired by Brueghel’s painting Landscape with the Fall of Icarus.  In ‘Musée des Beaux Arts’, Auden writes:

About suffering they were never wrong,
The Old Masters; how well, they understood
Its human position; how it takes place
While someone else is eating or opening a window or just walking dully along…

The poem ends by entering the painting:

… the ploughman may
Have heard the splash, the forsaken cry,
But for him it was not an important failure; the sun shone
As it had to on the white legs disappearing into the green
Water; and the expensive delicate ship that must have seen
Something amazing, a boy falling out of the sky,
had somewhere to get to and sailed calmly on.

And if we move from ekphrastic poetry, turning our gaze from the artwork to the curator, what might this change in perspective bring?  One half-term holiday, in the Museum of Swansea, I found myself in a dark, quiet room with the Mummy of Tem Hor.  Glancing at the curator’s notes, something sparked in a corner of my mind, moving me to copy it into my notebook.  Months later I came across the note and began writing the poem that would become ‘The Mummy of Hor’:

In this cave-like room, lamp-lit,
the Goddess Isis spreads her wings
across Hor’s chest to protect him.

…Hor’s body, wrapped in layers of linen
and bound with black pitch
is here
and you are gone.
I think of you
on that country road
when your heart stopped
and your breath stopped…

I think of you there alone.

Found text affords the poet a starting point far outside the ‘I’ that so often begins poems.

When I first began collecting curator’s notes years ago, I wasn’t sure of their significance; what use might I make of them?  What was clear was the palpable thrill I felt looking through other eyes – the new perspective that offered.  A million possibilities revealed themselves, some of which would spark into poems.

Join me as we take on the role of the curator, selecting and arranging found text with original material to illicit new meanings.  Through the process of poem-making, we will be guided by artists and writers whose experiments with form open up the possibilities of where poems can come from and where they can lead.  Please keep in mind:

The writer of found poems will require the following articles:

(extract from my ‘Notes on found poems’, which employs text from the introduction to Malcom Parr’s pamphlet, Found Poems (1972))

Become the architect of your own imaginary museum with Shazea Quraishi, on her new online course – The Poet as Curator, the Curator as Poet. A selection of curator’s notes will be provided and you will encouraged to collect your own found material. Book now online or ring us on 0207 582 1679.