As any poet will confess, forging a career in poetry is an extremely long and precarious process. One that involves not only having to constantly work on the craft of writing, but also to be commercially intelligent enough to accept that today poetry tends to need more than just poetry to sell. My journey is a somewhat unorthodox one. I discovered early on, around 2010, that to try and turn a hobby into a paying profession I would need to somehow design my own job role.

At 27 I didn’t know anybody who wrote poetry. I enjoyed reading and writing in my spare time but a career had never looked more unlikely. I was a pariah. A spectator. Someone who would coyly visit open mic nights just to sit in the back until eventually discovering that if I’m serious about getting my work read and heard, I needed to learn how to perform my writing on stage. I started to read from the little pamphlets I was self-publishing. I felt better memorising poems, so I started doing that more. I would visit the poetry library each week and pick out whatever looked interesting. At the same time, I began recording my pieces for YouTube, adding visuals along with an unobtrusive soundscape.

Soon enough the poems gained some traction which compounded with my efforts to get comfortable on stage, led to some work in schools. I’d never attended a poetry workshop before so when a teacher approached me after a show and asked if I would run one at her school, I had to admit that I didn’t know how. She told me to just base it around the way I write poetry, and so I did. That was four years ago and I’m now the poet in residence at three London schools where I teach throughout the week.

For me the real key to a healthy career in poetry is to try and create as many avenues for yourself as possible. You simply can’t rely on book sales or shows alone to sustain you. Also, remember poetry is the lowest selling genre out of all the mainstream categories, so even those who’ve sold thousands of books will still need to teach, promote, curate, consult or work in other disciplines such as theatre, music or fiction.

Not everyone can or would want to teach poetry and that’s fine, but there are other options open to both emerging and established writers. The crucial thing to remember is when the poetry is good, interesting and arresting, other poets and those working within the industry will learn of it and find you. So, I guess the thing to take away from all this is yes of course poetry can be become your profession, but money and dare I say it, fame, must be kept as future aspirations. It’s a long and toilsome hike. Focus your energy on reading broadly, on writing and performing, which with any luck will manifest into everything else good and wholesome. 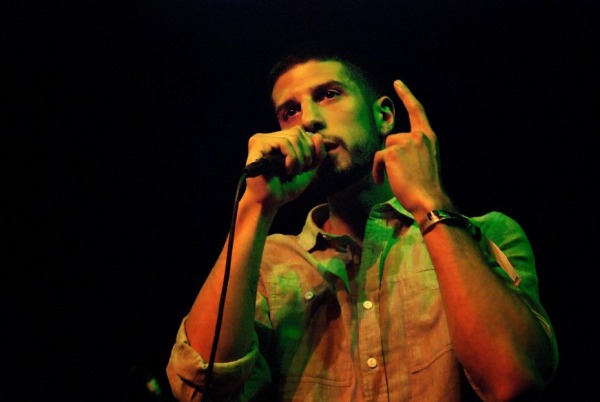 Anthony Anaxagorou is an award-winning poet, fiction writer, essayist, publisher and poetry educator. He has published several volumes of poems and essays, a spoken word EP and a collection of short stories whilst having also written for theatre. His poetry has appeared on national television and radio as well as being published in various literary magazines and anthologies. He founded Out-Spoken, London’s premier poetry and live music night, in 2012 and Out-Spoken Press, an independent publisher of poetry, plays and critical writing in 2013. Find out more at anthonyanaxagorou.com