Before I had a wider understanding of poetry publishing houses in the UK, Penned in the Margins was my portal into the small press poetry world. Now that my tunnel vision has widened somewhat, I’m still consistently surprised and intrigued by their catalogue, so it was a pleasure to be introduced to their latest books in a grown up school assembly setting, compered by Penned in the Margins editor, Tom Chivers. 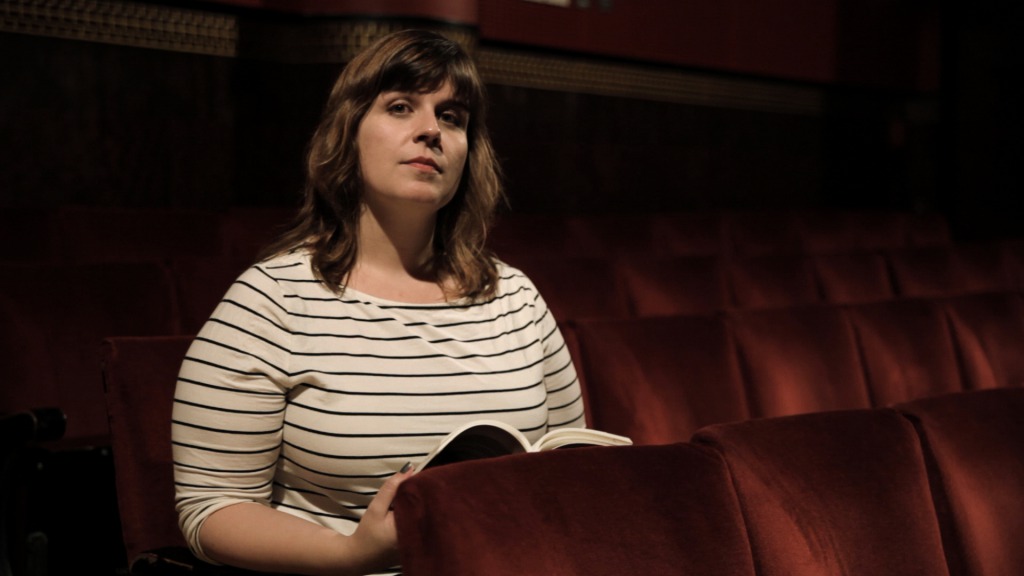 Originally billed as a triple launch, this night expanded into a quadruple launch to accommodate Meghan Purvis’ new translation of Beowolf. Her version is notable for breaking down the epic into smaller stories, of which the live highlight was the tale of Grendel’s mother, who, ‘came looking for the meat of her son hanging from hooks on the ceiling’. I found the majority of the translation quite prose-like, so I was surprised when I found out afterwards that the original uses alliteration as an organising principal. This wasn’t evident in Meghan’s reading, and I wondered why. Alliteration ranks pretty low on the stylistic hierarchy, perhaps because it’s one of the first bits of creative writing technique we tend to learn, and many of us associate it with childhood. I personally would have enjoyed it if Meghan had used more of the sound of the Anglo-Saxon original, and maybe explored how the concept of poetic good taste has developed over the centuries, though the arc of each story was still strong. 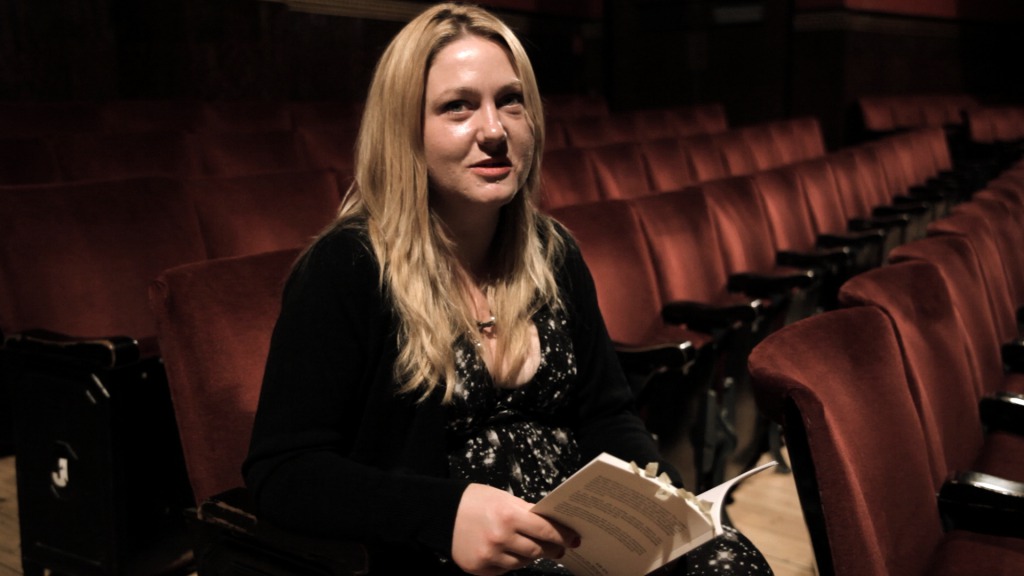 Though I hadn’t picked it off the shelf for a while, I had strong memories of Melissa Lee-Houghton’s debut, A Body Made of You, and I was keen to find out how she’d developed in the interim. The poems she read from her new book, Beautiful Girls, continue to undermine the consensus against ‘confessional’ poetry with an unapologetic focus on the lives of girls and young women. The voice telling you these stories is so perfectly weighed up – casual without trying too hard to be casual, with a relatable pinch of melodrama. Stories lope along a little way like shy girls before coming out with a phrase so original and uninhibited you’re unable to respond. To give a couple of examples:

‘I tried the swimming pool, but you’re not supposed to touch anyone on purpose there, people will think you’re a perv.’

Of all the poets who read tonight, Melissa’s reading was furthest away from what most people would consider ‘performance’, but I thought, (and hoped), that she did get a little enjoyment out of performing those lines, out of ushering them out into the room and watching people react to them. 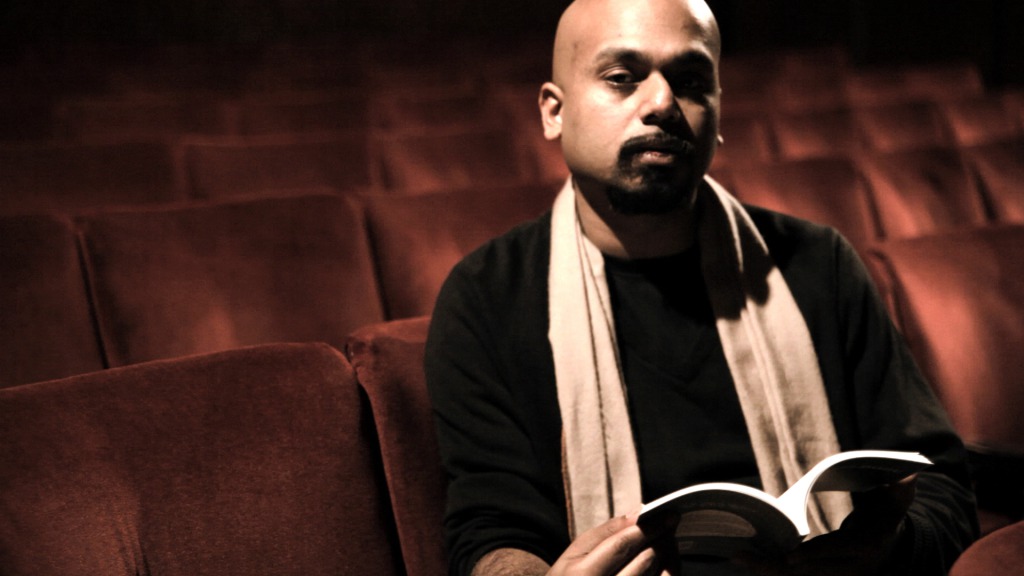 The two poets that followed the interlude took us straight to the other side of the reading/performance dichotomy. Though it should perhaps be mentioned that Siddharta Bose is every bit as overstated on the page as he is in performance. He has no fear of over egging the linguistic pudding – at one point I swear he uttered the phrase ‘shitting them into yellow dream clots’. This epic pile on of colour, metaphor and profanity probably exceeded some listeners’ bad taste quota for the evening, and I initially felt a little uneasy with his epic treatment of London social lives – the faux poignancy of drunkenness in a poem. Eventually, I decided to revel in Siddhartha’s commitment to his style – he does tend to fall back on listing, the staple of the city poem: ‘Fela-music laces the canal, punkstep grinds hand in the Lord Napier, hoodies hunt & sell tornado ketamine’, but there’s thought behind every neon embellishment. 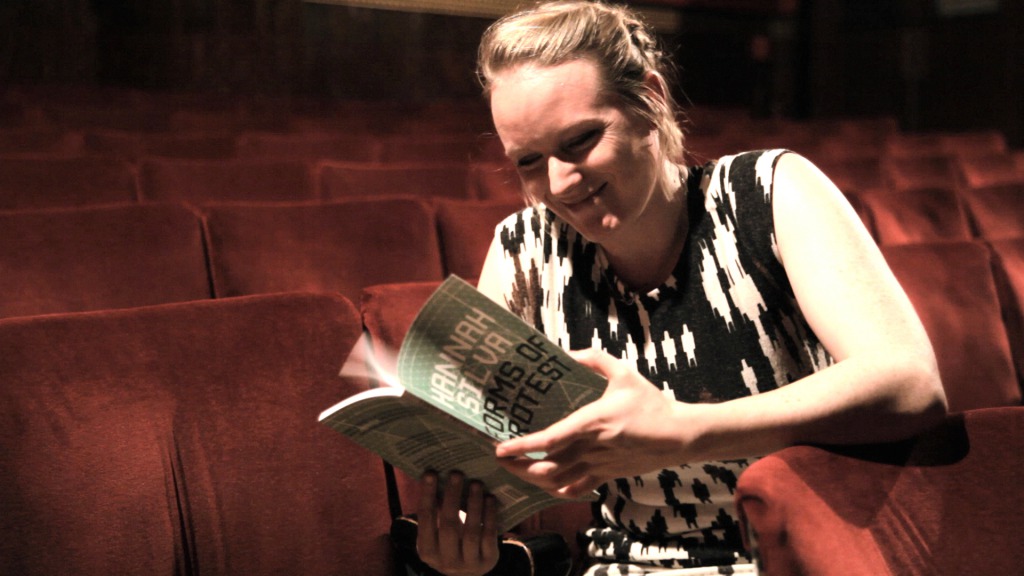 Much has been made of Hannah Silva’s belated transition from performance to print – I’m told that Forms of Protest went through an intensive editing process before it was deemed suited to the printed page. Although I’ve not yet had the chance to pick up Hannah’s book, I’m confident that almost everything she performed today could also resonate on a page – repetition and short clauses can work very well as internal mantras without necessarily needing to be vocalised.

Repetition is not just a device but a subject in Hannah’s poem ‘Gaddafi’ – I admire the conviction of the poem, and I think it works well as a riposte to poets who’ll throw a big money word into their poem in a half-assed attempt to try and capitalise on its value. I’m not convinced by the statement, (that a word can lose its connotations and become meaningless if it’s repeated enough). Memories can be stickier than theories of reclamation would like them to be. But it’s a stunningly constructed piece, the obstruction of those three hard syllables coming down closer and closer. The closing poem,  ‘The Empty House’, was created to accompany a piece of ambient music by Bob Gilmore, though Hannah’s reading didn’t sync rhythmically with the piece – it sounded more like an enigmatic opening to a film, with an as yet unidentified voice speaking over ambient music. I look forward to re-experiencing it on the page, along with the rest of the evening’s varied entertainment.