Home » Blog » Meet the Doctors: A B Jackson

The sixth of our eight Is There A Doctor in the House? poets is A B Jackson, who is currently studying for a PhD in Creative Writing at Sheffield Hallam University.

Tell us about your PhD.

Andrew: As it stands (and these things tend to shift over time) my thesis focuses on representations of polar exploration in contemporary poetry. By contemporary I mean after 1965. I’m particularly interested in the aesthetics of the sublime, in its various definitions and manifestations from Kant to Burke to Wordsworth to Lyotard, having taken my lead from Francis Spufford’s study of the polar sublime in his book ‘I May Be Some Time: Ice and the English Imagination’. The high-flying and transcendent sublime is always matched by the material in polar narratives: wounded, undernourished, frostbitten bodies; disgusting and monotonous food; the sheer stink of penguin colonies; all shades of impurity in a landscape often defined as pure. So my other theorists of choice are Julia Kristeva and Mikhail Bakhtin for their ideas on the grotesque and the abject. The poets I’m looking at are from the USA, Canada, Australia, New Zealand, and the UK. The other half of the PhD is a collection of my own poems.

What are you going to discuss in your lecture and workshop?

Andrew: In the lecture I will look at examples of the more grotesque moments of polar exploration as described by contemporary poets, and (very lightly) draw in some of the relevant critical theory. The majority of the poets quoted will be unfamiliar to a UK audience, and so I also hope to introduce people to authors they wouldn’t otherwise have heard of. The workshop will focus on the poetic form known as erasure, in which an existing text is obliterated or masked in some way in order to create a poem or part of a poem: a good way to engage with text as material to be shaped. Examples will be given from polar poetry as well as other contemporary poets.

Andrew: The most obvious way my studies have affected my writing is in subject matter, although the themes of the transcendent and the corporeal are ones I’ve visited in various ways before. The fact that I need to find poems about polar subjects also means that it’s a journey of discovery, and reading a range of good international poets is giving me a wider perspective on form, content, and style.

Any ‘eureka’ moments so far?

Andrew: Luckily my research involves travelling (as far as funds will allow) to places in the high North: creative fieldwork, you might say. So in January this year I spent a week in Tromsø, which is 200 miles above the Arctic Circle, during the time of year in which the sun never rises. During this trip I went sledding with Alaskan huskies, and that direct experience of the sounds, smells, behaviour, anxiety, intermittent chaos and inherent danger of driving dogs over remote and snowy landscapes (one member of the party suffered a broken leg after falling off her sled) put all the reading into perspective.

What else will you be attending at the festival?

Andrew: As much as possible!

Are you going to put ‘Dr’ on your credit card?

Andrew: I thought I might go for ‘Baron’ as long as no one objects. 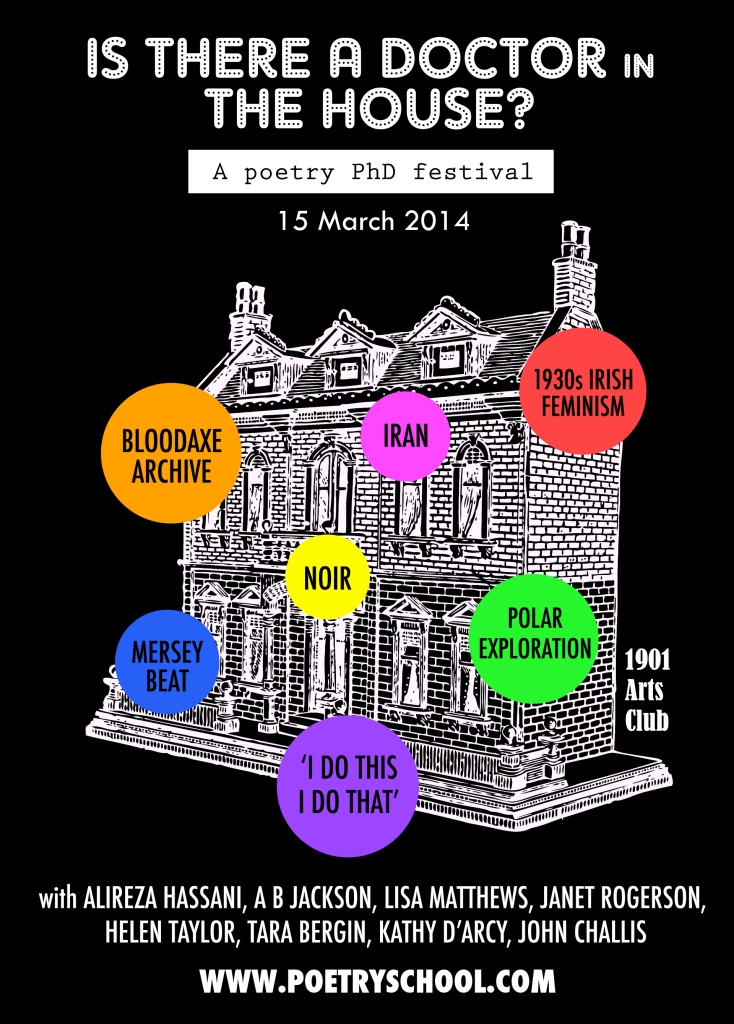 Andrew Buchanan Jackson was born in Glasgow in 1965 and raised in Bramhall, Cheshire. He attended Bell Baxter High School in Cupar, Fife, and studied English Literature at the University of Edinburgh. He is currently studying for a PhD in Creative Writing at Sheffield Hallam University. His first book, Fire Stations, was published by Anvil Press in 2003, and won the Forward Prize for Best First Collection that year. In 2010 he won first prize in the Edwin Morgan Poetry Competition, and in 2011 Donut Press published a limited edition pamphlet, Apocrypha, which was the PBS Pamphlet Choice for Summer 2011.