Last month, out intrepid poets-in-residence, Amy Key and Nia Davies, were in Shingle Street on the Suffolk coast for a week of writing, homesteading and blogging. Thank you to Poetry School trustee Daphne Astor and her friend Tim Miller (owner of the Shingle Street cottage) for offering this residency opportunity.

Amy and Nia were kind enough to chart their progress on CAMPUS, sharing photos and keeping us updated with daily posts. I asked Amy Key – now safely ensconced back into city life – to reflect back on the experience.

Welcome back, how was it?

Amy: It was magic. It felt a little like going on holiday as a child, but with more sausages. Arriving at the cottage I felt the same compulsion to go into every nook of the house – stake it out and make a camp. Except here I felt we performed both the adult and the child roles. The fire needed to be laid, there was tea and beds to make. But also games to be devised, boundaries to be tested, fun to be made.

Life became very simple. The biggest concern was keeping warm. We talk about poetry and what we were going to eat. We walked together or alone along Shingle Street and when we went out into the world, it was with a conspiratorial air as though we weren’t quite supposed to be there. 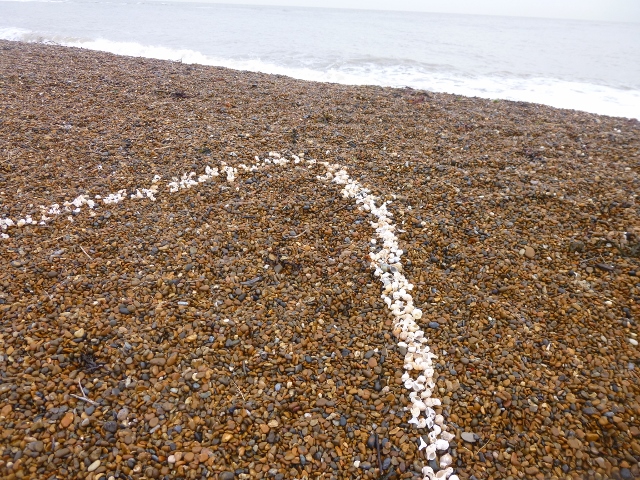 How were you expecting to respond as writers as you set off?

Amy: I felt quite anxious that I might not respond at all. I am not a very diligent writer, in that I don’t assign specific times or conditions to writing. Instead I write when the mood feels right, or if a particular phrase is giving me earworm. I felt I might arrive and be so relieved for a ‘holiday’ that I’d just rest and read books and wouldn’t come up with any interesting insights at all, let alone poetry. I was also apprehensive about not having internet access. I often write lines of poems directly onto twitter, as someone might in a notebook, and I wondered how I’d fare without the white noise of social media and my usual routes into working out lines.

But I was super excited to be going to stay by the sea. I grew up in Kent and South Tyneside so lived minutes away from the seaside till I was 19. I find it deeply relaxing and head-clearing to be by the sea, so I knew even if I didn’t come up with anything, in the longer run it would be a productive experience.

What actually happened? Any surprises?

Amy: The first couple of days Nia and I used a couple of exercises to loosen up and to help us to discuss how we both work. Nia and I have long been in workshops together and I am a fan of her work, so it was great to have a chance to talk in depth about how she writes, and compare that with me.

I felt frustrated that I wasn’t coming up with anything new, and in the bright light of Shingle Street everything I was already working on lacked glitter. Nia asked how I normally write – more often it is when I wake up, early on a Saturday morning, perhaps with a mild hangover. I sit in bed with my laptop and I write one line, then the next, the next till it is finished. I edit as I go, so I often have up to 20 versions of the same poem saved within a space of 2-3 hours. She suggested that’s what I did, so the next morning I got up at 8am, made a stout pot of coffee, sat in the chair that faces out onto the beach and wrote the longest complete poem I’ve ever written.

We talked a lot about poetry of place and felt a sense of pressure to bring the place into our work in an explicit way, which we didn’t want to do for fear of faux judgements and clichés.

Lots of things announced themselves – ‘Look at me! I’m a poem!’ – the fact a whale had washed up on the beach a few years ago; the line of bright white shells from the cottages to the shore, maintained by a couple living there; the Martello tower-turned-home. I am deeply suspicious of such things, they’re red herrings, at least for me they are. Anytime I find myself on a Wikipedia page for, I don’t know “beached whale”, looking for more ‘material’ I know I’ve lost it.

What I found is that the place helped me to connect with particular feelings and ideas I had, around solitude, childhood and a particular mood I call ‘teen noir’ (inspired by Sara Peters’ book 1996) and that enabled me to write. Also tiny things – the thyme I picked from the back of the cottage, a certain marmalade colour of pebble were noted down and have found their way into a poem.

Perhaps the biggest surprise is that we didn’t get bored or lonely. Julia Bird, from the Poetry School came to visit us on the Friday of our stay and we travelled with her into Aldeburgh to say hello to poets visiting the famous festival. We had a lovely afternoon bumping into Tamar Yoseloff, having fish and chips for tea and a drink with Joey Connolly and others, but decided against coming back to the festival the next day, as originally planned. The desire to protect the delicate, cosy and productive insularity of Shingle Street for one more day was too strong.

What did you produce?

Amy: I wrote two new poems. A long poem, that deals with a particular part of my childhood which I’m still working on, and a poem commissioned for Penning Perfumes. I was given a mystery scent to inspire a new poem and both Nia and I really took to it. It seemed to suit the wood smoke of the cottage and the beautiful woods of Suffolk.

Nia and I produced a collaborative poem, made using the cut-up method, with lines taken from a book found in the cottage and I have started, though not made huge progress with, a poem inspired by Nia’s poem for the Best Friends Forever anthology I’m editing.

We also recorded some podcasts and I attempted to recorded myself reading some poems in the Wash House, which is a wonderful space behind the cottage, used every Christmas for carols.

The Poetry School invited you to take part in this residency – and that’s often how residencies work, an organisation issuing a specific invitation to a writer. Do you have any advice for proactive would-be resident poets who might like to organise an extraordinary writing experience for themselves?

Amy: I know Nia’s made lots of helpful suggestions here. I think scouting about friends, family and other networks for people who may have somewhere to stay is a really good one. I know Roddy Lumsden one struck gold by posting on Facebook to see if anyone had a secret cottage squirrelled away! Obviously Nia and I had were lucky enough to have a dramatic setting, but the place doesn’t need to be grand or exotic. The thing that helped me to write was being away from the demands of working life, the internet, and to some extent, other people.

In terms of preparing for the trip, three things helped me:

1) Go with realistic expectations and goals

Understand your own ways of working. If you work best from writing lots of notes and reflecting on them later you’re hardly going to start zipping off complete sonnets by the fireside. If I’d set out thinking I must write a poem a day, for example, I would have been disappointed. It helps to have an open mind about what might happen, and perhaps set modest daily goals, such as – I’ll work on editing these older poems for 2 hours, then have a walk or lunch. You’re not serving a sentence! And if nothing happens while you’re away, then that’s ok too. Three years ago I spent three weeks in Kenya, seeing all sorts of extraordinary things and meeting all kinds of wonderful people. I religiously kept a diary and was sure it would lead to poetry of some sort. Nothing. And in a way I’m glad about that – I don’t think my awe at zebra and monkeys and the sky and the multi-coloured starfish were anything other than special to me.

2) Take material to inspire (and occupy) you

Nia and I both brought along books we’d been wanting to read or re-read – not limited to poetry. I spent a lot of time in the evenings reading Eleanor Catton’s The Luminaries, while Nia read another novel. I brought along lots of films too, but the fire provided enough visual stimulus, and most crucially loads of music. I have made a playlist of most-listened to songs here. Through this we discovered a shared love to Joanna Newsom and talked a lot about her lyrics and how we are inspired by her.

I am way more internet dependent than I’d like to be. At first having no internet or phone reception induced panic (things are happening without me!), but then we found when we got online to check in with the Poetry School and others that was even more anxiety inducing. We talked a lot about losing out ability to really concentrate on something and being online so much snags your attention in so many different ways. If you can switch off and forget about phone calls, email, chit-chat. You’ll get so much more done, even if that’s finishing the book you wanted to read or making the dinner properly.

How will you be editing / developing the work you’ve produced?

Amy: There are two definite poems and one possible poem to work on. The first poem, ‘Unreliable Witness’, which deals with a period of my childhood has been sent to some trusted readers for feedback. I wrote it in a bit of a meditative bubble, and suspect it needs some editing. Once I’ve got some outside feedback I will tighten it up and send it out to magazines, as soon as I have enough new poems.

The poem I’ve written for Penning Perfumes is pretty much ‘finished’. It’s being made into a Christmas card for this event so I had to get it done to deadline.

The third poem is inspired by Nia’s poem for the anthology I’m editing Best Friends Forever (still accepting submissions till 16 December!). I loved her mix of diarised/spoken/gossiped/secreted phrasing. It made me want to write my own, but at the moment all I have is a straggly list of ideas. I’ll do my best to work on it so I can read it, along with the other two poems at the Poetry School’s Spring Launch event in January. 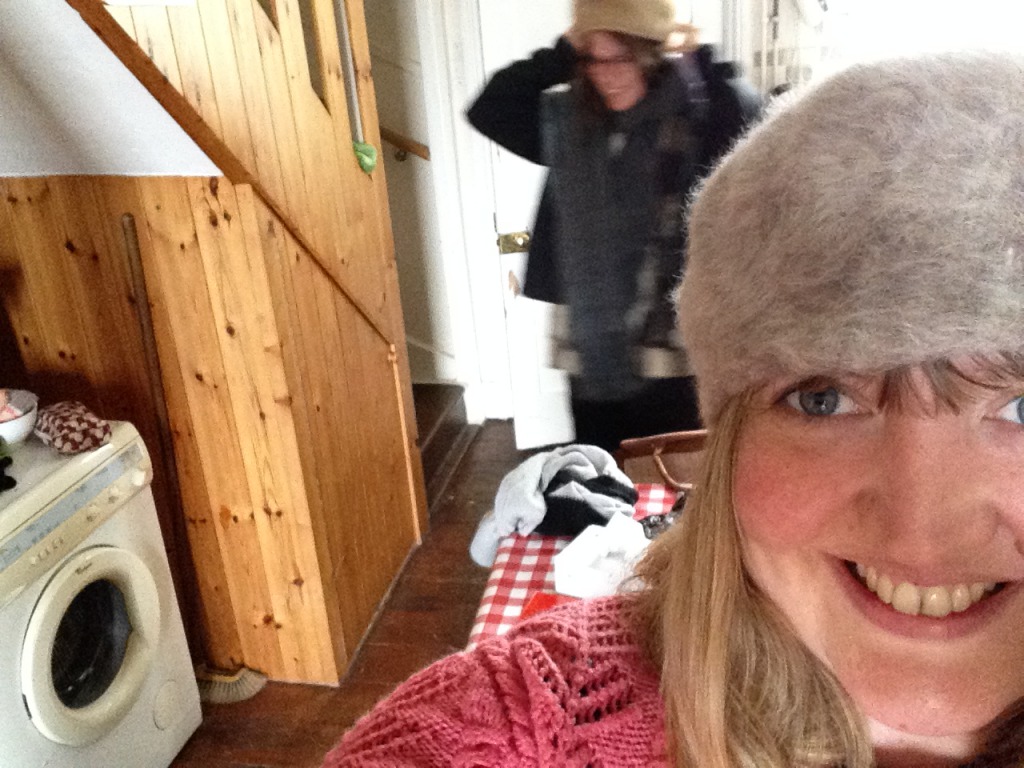 Tune into tomorrow for our next Shingle Street installment…

Amy Key was born in Dover and grew up in Kent and the North East. She now lives and works in London. She co-edits the online journal Poems in Which. Her pamphlet Instead of Stars was published by tall-lighthouse in 2009, and her first collection, Luxe, was recently published by Salt.