Home » Blog » Adventures in the Blind Field: An Interview with Sally Flint

Before Sally Flint takes Poetry School students on an investigation into the unspoken this Autumn, we managed to grab a fascinating few words from her on Roland Barthes, looking beyond images and what exactly ‘the Blind Field’ is.

Hi Sally, thanks so much for joining us. We’re delighted to welcome you as a new online tutor for the Poetry School. What do you do when you’re not answering blog questions? 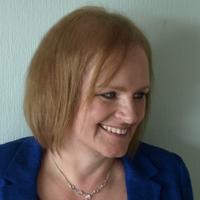 I teach and lecture in English and Creative Writing so I’m often thinking about new ways to inspire others to write innovative poetry and stories. That’s one of the reasons why I’m so keen to facilitate this online course with The Poetry School! At the present time, as part of Devon Remembers I’m running creative writing workshops using archives and photographs from WWI to motivate new writing. I’m also working with Exeter Children’s Literature Festival.

I’ve just written an article and accompanying blog for Western Connecticut State University’s journal Poor Yorick on ekphrasis which will be published soon. And I co-edit Riptide Journal and Canto Poetry based at the University of Exeter. Alongside this I’m always grappling with my own writing and research.

Writing and editing is a solitary occupation, so I like to socialise with family, friends, colleagues, creative people whenever possible – I’m nearly always first to arrive at a celebration, book launch or party…

It says on your Riptide Journal biography that your research interests include ekphrastic writing that goes ‘beyond description’ – what do you mean by that?

Ekphrasis in poetry has its critics and in some ways if the poet just ‘describes’ a painting I agree. However, my view of ekphrasis, through practice and research, is positive and expansive. When an image ‘grabs’ a poet, (as Ted Hughes describes) a maze of unexpected pathways and narratives that reach far beyond looking at the original artwork can open up.

Part of my research into how technology is changing the face of ekphrasis through such things as online galleries is becoming an exciting place for poets to engage with. Therefore, this poetry course will offer a small online gallery of photographs each week for participants to explore. The aim will be for each writer to bring together a sequence of poems that they wouldn’t normally write. The art of really looking intrigues me – especially how poets interpret, use and move beyond what they ‘see’.

As an ekphrastic writer then, could you tell us what pieces you’ve found most inspiring for creating your own work and why?

The most inspiring thing is to be ‘grabbed’ by an image unexpectedly – I’m often surprised and motivated to write a poem by both well-known and lesser known artist’s work. For several years I’ve been fascinated by the oeuvres of Paul Klee and Kaethe Kollwitz. Equally I can be inspired by something being created ‘now’ such as Simon Ruscoe’s sculptures. I’m open to and on the lookout for visual art that provokes a powerful reaction. This often leads in to writing a successful, thought provoking poem. I think all established poets are familiar with and are experts at visual selection/interrogation.

A painting I return to is James Wards’ Gordale Scar in the Tate Gallery. Many have painted and photographed this scene, but I find Ward’s dark and brooding interpretation unsettling and wrote ‘Last Act’ which is the final poem in my collection Pieces of Us. I like unravelling what another artist has created – thinking about where they began, the journey they took and where they ended up – and then to further investigate where this can take me as a poet. I used to think I could use any image to inspire a poem, but through my research and practice I now know this is not the case. Therefore, on my poetry course I’ll be giving participants a choice to see which photograph‘grabs’ them the most. It becomes interesting when poets choose the same image and yet write completely different poems. It’s often interesting to look at how painters and photographers have depicted the same scene in different ways. Click this link and you’ll see sunny photographs of Gordale Scar for the purposes of tourism!

You’ll be encouraging us to adventure with you into the ‘Blind Field’. What is this and where can I find it?

In his book Camera Lucida, Roland Barthes concludes that the viewer knows a world exists beyond the photographic image; he labels this, ‘The Blind Field’ which I think is especially useful for writers as a creative space to step into.

If I really look at a photograph of someone I’ve never met, in a place I don’t know, it fuels my imagination – the opposite can also be true. For example, in this photograph of Fred Astaire and Rita Hayworth we know that there’s a film crew in ‘the blind field’. However, the image also promotes other interesting pathways for the poet to follow. There’s a falsity present through the acting and the scenery. What about their ‘real lives’ and anyway – where’s Ginger Rogers?  In the blind field there’s no reason why the poet has to be truthful or even acknowledge that a poem was inspired by a photograph. More on the course about this! For the purposes of writing an ekphrastic poem it’s a matter of finding a creative pathway and seeing where the imagination leads. It’s like an insect’s wing flickering for a second in my mind’s eye that then leads into a creative space of the poet’s own making. What I want is for participants to step into a photograph and then to investigate what the viewer can’t see.

This course will focus predominantly on photography and images selected from the internet. What is it about this medium that urges you to write?

In many ways the internet invites ownership of an image/photograph, the viewer can return to it, sometimes save, copy and print it, muse at leisure– and this can lead to some related research that suggests or confirms what exists in the blind field.

After reading Camera Lucida I became fascinated with the contemplative tone and poignancy of Barthes’ analysis of images, especially his mother’s photograph. His thoughts on what he describes as ‘punctum’, ‘stadium’ and ‘the blind field’ make me think differently about photographers and photography. I’m intrigued with the evolution of photography as a form. For example, rare sepia photographs of my great grandparents in vaudeville may be theatrical and posed, but somehow the hardships they endured are captured in the tension of their faces and bodies, and the faded quality of the image. However, that might be because I have knowledge of their biographies and their blind fields. How we now create, select and archive *colour* images of our lives and environments through social media is equally interesting, and how viewers imagine and invent what’s going on in blind fields beyond computer screens. For me there is an urge to embrace and keep up with technology, because there’s the potential for innovative and unlikely collaborations in the field of poetics and ekphrasis connecting past, present and future.

It sounds like there is some science behind this course – especially as your research is also concerned with healthcare in the arts. How can surprising or controversial images stretch imaginations and inspire innovation?

I like photography inspired by both the minutiae and vastness of things. So I can see connections between NASA’s ‘Blue marble’  image of the earth from space and a microscopic image of a single cell. Things like this can brought together in a poem. It may be that a photograph inspires poetic form too.

My chapbook The Hospital Punch (Maquette Publications) reveals my interest in healthcare, and the title poem has been anthologised in A Body of Work: An Anthology of Poetry and Medicine (Bloomsbury).  Medical images can inspire poems too. For example, a starting point could be a photograph of children recovering from TB in open air beds in the 1930s, and move on to an X-rays of lungs, to the inoculation programme today. Stories and images that chart the life of a person or of a particular disease could be equally useful too. I’m also interested in interpretations of the body through MRI imaging – especially what scientists are discovering about creative pathways in the brain. So, in a more focused way a poet could use the blind field of a scan picture.

Environmental photographer Christina Mittermeier allows viewers to enter, ‘our planet’s marine basins and the mysteries of life teeming below’ through ‘Beneath the Thin Blue Line’ on her website. Similarly socially committed photographers and poets can reveal much about poverty and politics through showing rather than telling. I’ll be bringing photographs around these themes to the course too.

If you were stuck in a picture gallery for the rest of time (think a warmer, better-lit, but potentially more claustrophobic desert island), which few photos would you like hung on the wall?

Obviously I’d include really important photos of family and friends – the ones I’d save in a fire – especially my parent’s wedding album where the driver of the wedding car photo-bombed every picture outside the church. I’d have photos of favourite places. A view across the rooftops of Florence – the beach and railway track at Friog in Wales.

And I’d include some iconic photos of famous people that make me wish I was there with them at a particular time, and places that fascinate me, but I’ve yet to visit. Photographs that make me want to step through the frame.

And a photograph of William Morris to remind me of his creative drive, that it’s alleged he wrote a poem nearly every day – alongside his belief: “We are only the trustees for those who come after us.”

The good thing about photography is that it can make us look at other arts in surprising ways, so I’d bring that into my gallery. A photograph can alter the viewer’s perception of a painting, a sculpture, a dance.

And I would include some photos of people in unlikely settings. Collisions caught on camera. And that’s something else we’ll think about on the course – and the cliché: ‘The camera never lies’. We can have some fun with that!

Stretch the imagination of your poems this Autumn by responding to photographic images on Sally’s Adventures in the Blind Field: Investigating the Unseen, the Unspoken course. Book online now or call the office on 0207 582 1679

Dr. SALLY FLINT is a published, award-winning writer. She teaches and lectures in creative writing and also runs workshops in the community and schools. She also works with ‘Stories Connect’ ‒ a project which helps people at vulnerable times in their lives ‘change their lives through literature’. Research interests include ekphrastic writing which goes ‘beyond description’ and healthcare in the arts. Her poetry collection Pieces of Us, published by Worple Press, is available here.