If I am honest, I don’t really know how I did it, wrote cover-boys that is; but there’s something powerful about acknowledging the underlying mystery of poetry right from the get-go, what Whitman calls the ‘unseen hand’; that despite how much you learn and craft there is a subconscious ticking away beneath all the work that cannot really be tamed or understood.

In her essay On Beginnings, Mary Ruefle calls poetry an ‘act of the mind’ and goes on to say that, ‘it is easier to talk about the end of a poem than it is to talk about its beginning. Because the poem ends on the page, but it begins off the page, it begins in the mind’. I think she’s dead right about this. And if I can say anything about how I wrote cover-boys, it will be only what might have stirred the unconscious prior to the idea and then how I tried to end my poem, in as much as a poem can be ended of course!

Despite not being able to talk about the unseen start, ideas for the poem began to form back in 2010 when I wrote a few throwaway (and terrible) lines on my phone:

Reading these lines back I find the word ‘tentacular’ particularly cringe-worthy but for better or worse, these eight lines are the external genesis of my poem; although things began even further back as these lines try to capture something that happened twenty years ago.

Thirteen years earlier in 1997 I was seventeen and interning at an advertising company in Soho; inevitably, when they sent me on errands I went exploring this quixotic new world of sex shops and gay bars; needless to say, I was a bad and often tardy intern. And this span of years, from 1997 to 2015, when I finally redrafted and wrote cover-boys, is indicative of the way I write poems; experiences and ideas sit around in my head for years until they spill out of my subconscious. 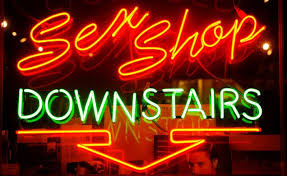 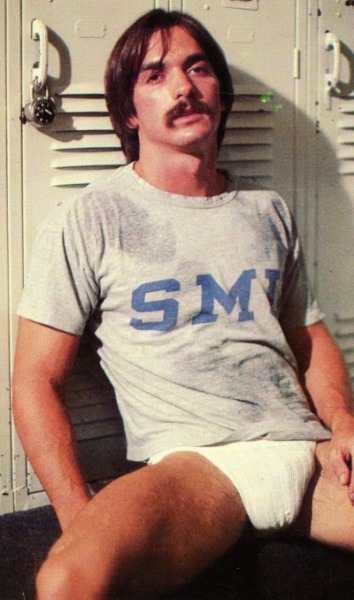 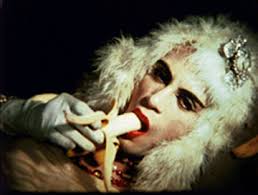 My poem isn’t true but it is honest. I looked at and still do look at gay porn; José, Raúl and Hotrod exist; Latin Inches exists; the tragedies I mention have indeed affected gay porn-actors but cover-boys is primarily a stitching together of truths and Google searches, an act of artifice. This became especially evident to me when I was trying to Google image search that particular cover with the three men on it that I remembered so vividly from 1997; I couldn’t find it because it didn’t exist, I could only find this one with Rocky, Franco and Daniel, and I felt that this misremembering gave me even more creative license. 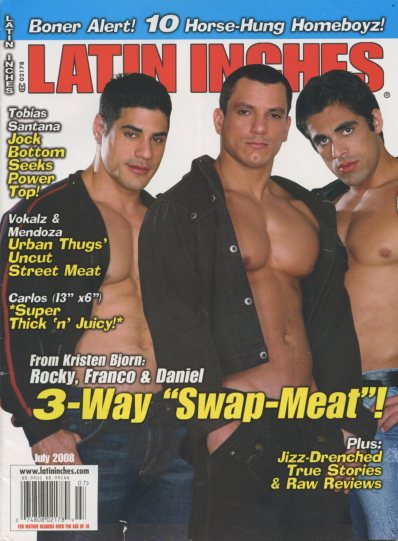 There is one thing about which I am sure though, that if the beginning of poetry is an act of mind for Ruefle, the editing of a poem, for me at least, is an entirely physical act. Not just literally because the hands and eyes are moving but if I am careful and quiet enough my own body lets me know when something isn’t quite right or good enough yet; I feel it in my stomach like a tiny flip or maybe some of the air rushing out of my lungs; and this subtle twinge is what I am always trying to tune into.

But back to the question of how I did it; well with all of this shame and porn floating around in my head I went back to the eight lines saved somewhere in my hopefully named desktop folder ‘poems in progress’ and could immediately tell that they weren’t working; my stomach flipped on pretty much every line. Firstly the poem was about me, or at the very least the I voice, and secondly it began with a boring narrative line, ‘whilst interning in soho’. From the get-go this felt wrong, I wanted to remove myself from the poem and let it become about the three men, who I think deserve this proper, albeit less visual, celebration. This is something I often do as much of my poetry is first person and perhaps supposedly confessional but I try to moderate this; in cover-boys the I only appears when the men need a moment of sympathy, pathos and the anonymous voyeur’s voice seemed the right way to do that.

In cover-boys I also tried to subvert the readers expectations, ‘top shelf rags are not always’; I am forever trying to find ways to introduce largely straight audiences to queer subject matter and this stark contrast of ‘pink curves&tits’ to ‘three pixelated pricks’ was one way of framing this curve-ball of a subject. The more I write the more I realise how important it is for me to only write poems that are recognisably queer, this might sound like a grandiose and silly thing to say; and I should make it clear that I am not talking solely about subject matter, but I just feel that so many gay people have had to hide, use pseudonyms and deny themselves creative expression for centuries so now that we are lucky enough to have the chance to be open, then we should be, unreservedly so.

One of the things I do most with a draft is write it into 14 lines; most of them don’t ever become sonnets but using the constraints of the form helps me to organise my argument. So I stretched out my original eight lines into something resembling a big rowdy sonnet and used half rhymes and chimes to push my narrative forward; for instance I hadn’t thought about crystal meth abuse until I was reading a story about a gay porn-actor who hailed from Bristol, Texas. Strangely cover-boys has not strayed too far from its sonnet-box and this seemed fitting to formally dramatize some of the speaker’s love and lust, to give it a poetically-historical context.

But of course, beyond all the reading, thinking and crafting, the luxury of space and time also helped me complete cover-boys; looking back on something you sketched five years ago gives you the necessary distance to see its shortcomings. This is rarely possible, sometimes I only put things aside for a few weeks, but any kind of separation is really essential for me to find the core of a poem and to try and complete it.

cover-boys is maybe one of the poems I read out the most; people often laugh, sometimes out of a particular form of British-embarrassment, but I never once thought of the poem as funny. For me cover-boys tries to grapple with a deeply haunting subject; in my head it’s something akin to an altar piece detailing the martyrdom of these everyday men; tortured on the racks of other people’s desire, societies’ expectations of masculinity and their own subconscious Gay Shame. 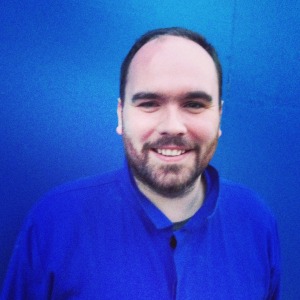 Richard Scott’s poems have appeared widely in magazines and anthologies including Poetry Review, Poetry London, The Poetry of Sex (Penguin) and Butt Magazine. He has been a winner of the Wasafiri New Writing Prize, a Jerwood/Arvon Poetry Mentee and a member of the Aldeburgh 8. His pamphlet, Wound (Rialto), is shortlisted in the Michael Marks Awards 2016.