Home » Blog » How I Did It – Primers Volume Two: Cynthia Miller on ‘Yellow’ 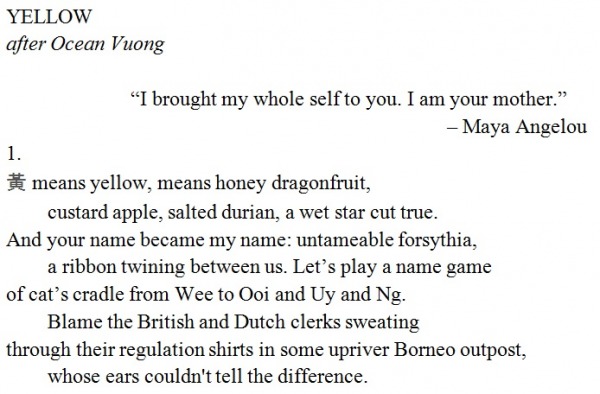 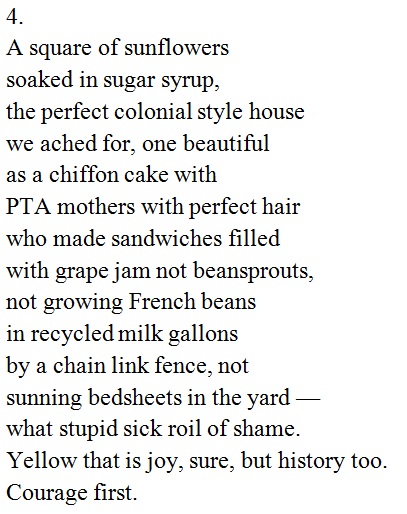 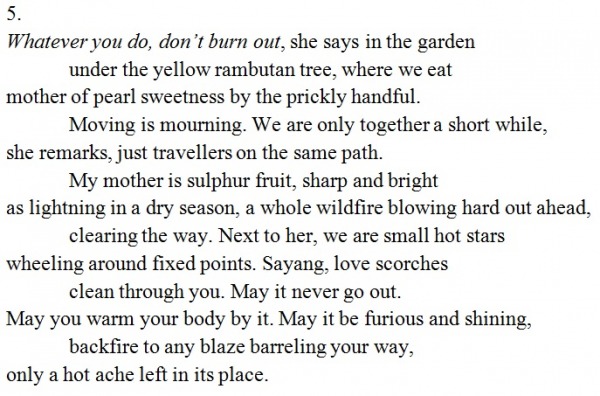 At the Verve Poetry Festival headline on Saturday, Helen Mort, Kayo Chingonyi and Sarah Howe were on a panel discussing their poetry and themes of home and belonging. Sarah remarked that “poetry gave her a background”. I remember being in the audience and having an almost visceral reaction to that comment, with my whole body seeming to light up and go ‘that’s it’.

My Primers poems are about home, longing, a peripatetic childhood moving between several countries, disorientation, a longing for a place that doesn’t quite exist, exploring what travels and what stays intact and what is lost and what is reclaimed when travelling. How the map isn’t always the territory. How writing is also a means of constructing an emotional landscape to reside (uneasily) in.

For this blog post, I’ll focus on ‘Yellow’, the longish poem that opens my Primers section and really holds the space for many of the themes that run throughout my work. But before I talk about the content of ‘Yellow’, I should mention the general approach I took for all these poems.

It was doing some research on the extreme sport of free diving for another poem in the book (‘The Impossible Physiology of the Free Diver’) that I came across something called “attention deconcentration”, which is a psychological trick some free divers use in moments of extreme stress. You distribute your focus to the whole field of attention so you try to feel everything simultaneously. It brings to mind something that Morgan Parker said in an interview: “When I write I overwhelm myself… I don’t know what stimulus will jumpstart a poem…I douse myself in all of them at once” . I can’t think of anything that captures my process better. I work best when typing furiously. Perhaps because my day job involves lots creative copywriting driven by deadlines (read: panic, clients, coffee), I surrounded myself with books, bad doodles, collections by all the poets I love, incomprehensible notes and images, Twitter memes, movie trailers, a browser groaning under the weight of 37 open tabs… This process is important because ‘Yellow’ came about over a long period of time and through accumulating scraps of images, short notes, an unholy mess of papers, half-remembered things squirrelled away in Evernote that, when the time was right, surfaced. 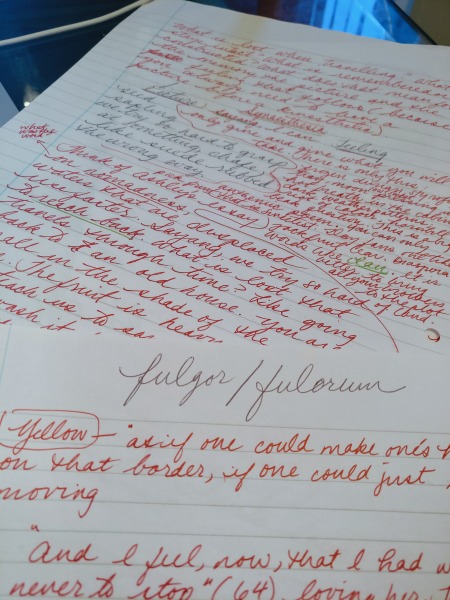 The idea started with one of my mother’s stories of how on the first day of missionary school she was told by the Headmistress (of Oxfordshire) that her Chinese name was too confusing and asked ‘can we call you “Mary” instead?’ (I like to think my mother sassed them back and set them straight.) It’s a story my sister and I had been told many times but it wasn’t until later that I realised how deeply troubling it was. What’s said and not said and glossed over. Vera Chok’s excellent essay in The Good Immigrant talks about being a Chinese woman from Malaysia, the term “yellow” and the systemic silencing, racism and lack of recognition the Chinese diaspora faces.

The second piece was a scribble buried in a notebook margin from two years ago (that might become another poem soon): “Leave for too long and the jungle takes over. / Plants do it without looking back: colonising is easy. Cultivating is hard.”

The third piece: something a friend once said about “diversity” panels has stuck in my brain: “don’t say diverse when you really mean ‘brown’”. The fourth piece: my family’s Chinese name means “yellow”. It felt like I had been waiting years for all the right pieces to arrive and only then could I start gathering them up into one space, see how they might be held by form. Scrolling back through old drafts, I made a note a year ago that became the pip of the poem: Title? ‘Upon learning that Chinese names are really variations of one’…Wee / Ooi / Huang / Wang / Ng…colonial clerical error? For such a long time I had wanted to capture my mother’s stories of growing up in Malaysia but through my own lens of being mixed race, of writing about a culture that is only half my own. It felt like old familiar territory and trespassing new ground, all at once.

Properly sitting down to write the poem started with a warm up activity: a terrible pastiche of Safiyah Sinclair’s ‘Little Red Plum‘ from her blazing, brilliant debut CANNIBAL. Sinclair’s poem is a riot of gripping red imagery, and I wanted to try writing a poem about Malaysia that was crammed only with local images – hornbills, durian, kaya jam, yellow yam, Babar’s curry powder.

The loose structure – a longish poem in five parts – was needed to balance each section out so that it retained its integrity.

The Primers editing process was an adrenaline-filled blur and the last part, section 5, was heavily redrafted in the spring, hence the scribbles. This was the section that gave me the most grief. The second draft ended with the line “Listen, nobody necessarily / stays anyone forever”, a verbatim quote by Theresa May when interviewed about EU citizen’s rights following the referendum. Although it spoke to the themes of “moving is mourning”, in editing sessions with Jane Commane and Jacob Sam La-Rose, we felt it tried too hard to draw everything together. At the time of editing and redrafting, I was reading a lot of Sharon Olds, in particular her ‘Cassiopeia’ sequence about her mother, which is a masterclass in tempering intensely personal moments with finely balanced imagery. I felt I needed to close the loop by returning to fruit metaphors but also open the poem out and address the simmering anger, sadness, sass, history and fire at the heart of the poem.

I remembered a line from a particularly good SuperBowl advert for Chrysler with Eminem (you can take the girl out of the ad agency…) that went “it’s the hottest fires that make the hardest steel”. The imagery of yellow fruit that opens the poem (“halogen fruit”, “persimmon bulb”) became a yolk in a moon cake, became a lightbulb, became a blob of alloy, became a flame with its own energy.

In ‘Yellow’ and throughout Primers Volume Two I wanted to surprise and wrong-foot the reader a little, to open up little doors into other rooms, other worlds and other wonders. That feeling of homesickness and attempts to orient myself, of “writing towards the lack” (as Andrew McMillan once said in a workshop at Wenlock), never stops pulling at the heart of my poetry. It feels a little like poetic Jenga: the gaps are what makes it interesting.

Also here is a photo of a rambutan, in case anyone was wondering what it is. Despite being funny looking alien fruit, they are delicious. 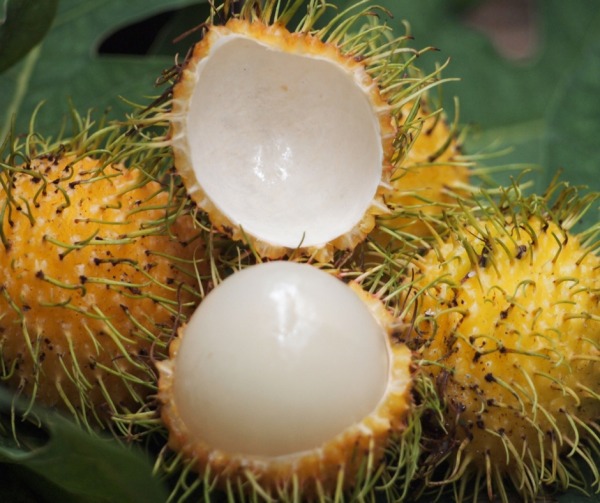