Home » Blog » How I Did It: Eric Gregory Award Special – Mark Pajak on ‘Spitting Distance’

Welcome to the second instalment of our Eric Gregory Award 2017 ‘How I Did It’ series. We asked the winners of this year’s awards to explain the process their award-winning poems. Here, Mark Pajak talks about the hard work that went into his pamphlet, Spitting Distance. The Eric Gregory Awards 2018 will open for entries in September.

There was no trick to Spitting Distance. No moment of epiphany. For four years I just woke up every morning at 6am and then read and wrote until 9am. Just as in Heaney’s poem ‘Digging’, each morning I was ‘stooping in rhythm’. Each morning I went a little deeper into myself and my writing, ‘going down and down for the good turf’.

However, in 2010 I had no routine. Instead I’d just graduated with a Creative Writing BA and, because of a good grade, I believed the hard part to becoming a career poet was over. I took a part-time job to ‘give me time to write’ and then spent an hour or two each week half-heartedly scribbling. My reading of contemporary poetry became sparse and passive. Over two years, I produced barely a handful of poems.

Then one morning I was half listening to the radio, when Malcolm Gladwell’s ‘deliberate practice’ theory came up. I’d never heard of Gladwell or his ideas but, as I listened to an Olympic athlete attribute his success (my magpie ear suddenly attentive to his ‘multiple gold medals’) to ‘accumulating ten-thousand hours of practice’, I became convinced that I too could become an ‘expert’ in my chosen field.

Ten-thousand hours dedicated to poetry gave me a goal and this finally set into stone a daily routine. But in those first few months my work didn’t noticeably improve. Instead, with an hour or two each morning solidly reading, the most immediate concern was that I was fast running out of books. So, in search of reading material, I cross-referenced the acknowledgement pages, bibliographies and author biographies of my favourite poets (Heaney, Duffy and Armitage) and discovered the Eric Gregory Award. This discovery brought with it a list of over two hundred and ninety past winners, which I voraciously started to read through.

The work improved. The wealth of influence gave more choice in the ideas I could learn from, and more choice meant more of myself in each piece and a move away from the Armitage pastiches I’d previously written. It also dawned on me that this focused reading might shape my work into what the Eric Gregory Award judges were looking for. So submission into the Award became another goal.

However, whereas the ‘ten-thousand hours’ gave my work a consistency, a glacial inevitability towards my aim, the ‘pamphlet length’ Eric Gregory submission sharpened my drive towards a specific autumn deadline. Although between 2010 and 2012 I had barely produced a handful of poems, by late 2013 I had an array that I could pick from, assemble, redraft and streamline into a pamphlet. So this Eric Gregory submission goal created for me a yearly routine alongside my daily one.

Yet in 2015 I came across an article in the Guardian that ripped to pieces the ‘deliberate practice’ theory, which at that point I had spent three years pursuing. The article was thorough and convincing and, after researching online, I found four or five more of a similar opinion. However, surprisingly, I wasn’t put off.

I had accumulated around three-thousand hours, which had taught me that (no matter how true Gladwell’s ideas might be) setting out to try and become an ‘expert’ in such a broad and chameleon subject as poetry was flawed. Just as when I’d believed that a good grade in my Creative Writing BA meant the hard work was done, I had begun my routine under the misapprehension that there was some attainable ‘goal’ that would make writing easy.

Around the time I read the Guardian article, I was working with Peter Samson at smith/doorstop on the final drafts of Spitting Distance. There was nothing easy about the routine hours that had led to this pamphlet. My reading rate had demanded a broader scope of books and this had simply focused and increased my learning. The monotony of writing every day pushed me to look deeper for themes, subjects and stories that could hold my interest. It was hard, repetitive work to go (as Heaney said) ‘down and down for the good turf’. Because it’s not the goal that’s important, it’s the graft. This can also be said of the Eric Gregory Award.

Winning one of this year’s awards has been deeply affirming in my progression as a poet. However, what really pushed Spitting Distance into its final form was failing to win an Eric Gregory Award from 2013 to 2015. For three years I never attained my goal and therefore the Award continued to give me that yearly deadline and help me focus my efforts. So even though I can no longer enter the Award, I’ll still work to its deadline. Or find another, which continues that yearly routine.

I’ll always aim for awards and to produce pamphlets (even – hopefully – full collections) but these goals are secondary to consistent work. When it comes to the way I have learned to write, even the pursuit of ‘the good turf’ (although important) is just another goal to focus the action of ‘digging’ and, to quote a different Heaney poem, ‘the wet centre is bottomless’.

Near Edale, I find a live rifle shell
like a gold seed in the earth.

So I load it into my mouth
and go on walking, the sun

breathing down my neck,
the head of Mam Tor rising

and the path falling like a braid.
So this is what it’s like to be a gun;

copper bleeding on the gums,
the domino click in the teeth.

At the blue summit, I look down
with my new perspective

on the warped floor of Derbyshire,
to where a village pools in a valley

and a chimney hangs from the sky
on a white string. And I watch

with hunger the red dot of a car
stop at a crossroads. I suck hard

on the blunt bud, drawing out
its deeper flavour of powder,

smoke down the barrel
of my throat. Then it hits me

that there’s another side to this.
And I lay in the warm heather.

A body with a bullet
in its head staring at this sky. 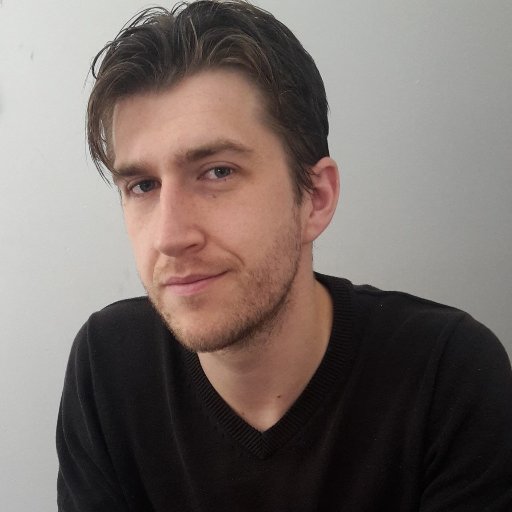 Mark Pajak was born in Merseyside. His work has been published in Magma, The North and The Rialto and been highly commended in the Cheltenham Poetry and National Poetry Competitions. He is this year’s Apprentice Poet in Residence at Ilkley Literature Festival. His poem ‘Spitting Distance’ won first prize in the 2016 Bridport Prize, and his pamphlet of the same name was one of 2016 Laureate’s Choice Pamphlets, chosen by Carol Ann Duffy and published by smith/doorstop. He won an Eric Gregory Award in 2017.

Cover Image: 9mm Shell by Lisa Larson. A filter has been placed on this image. License.