Home » Blog » How I Did It: Forward First Collection – Phoebe Power on ‘Rina’ from Shrines of Upper Austria

Welcome to the first instalment of our Forward Prizes First Collection ‘How I Did It’ series. We asked the poets shortlisted for this year’s Felix Dennis Prize to explain the process behind one of their award-shortlisted poems. Phoebe Power gives details below on her writing process, and on how she created ‘Rina’. The Forward Prizes ceremony will take place on 18th September.

When I worked as a teacher of English as a Foreign Language, one of the things I wanted the students to do was make mistakes. It’s impossible to teach someone if you don’t know what they need to learn. The students who gained the most were the ones who practised speaking as much as possible, with lots of errors, because then you could correct them. Also, these students showed that if you can figure out a way to communicate, accuracy becomes less important.

Learning poetry isn’t like learning grammar rules: right and wrong don’t exist in the same way. One of the things I liked when I started to write poetry was the fact that you could do anything. Language could be anything; you were free. But figuring out how to use it to communicate well requires practice, repeated attempts, and errors.

There were lots of attempts to write ‘Rina’. Returning to the first drafts I made in my notebook, I can date the seed of this poem to a period when I was living in London. First I made a few notes about something I’d heard, without trying to shape them into anything. At this point it wasn’t clear to me whether I would try to use the notes to write a poem: my notebook is full of notes which don’t become poems. Sometimes I use them later; quite often I don’t. What I wrote first begins ‘this time she had a ‘shadow’ behind her eye. (she woke up with it) – ‘this Monday was a strange Monday’. Then I decided to try approaching the subject in a way that would become the poem. During this stage of drafting, some of the word choices and line endings felt appropriate – capturing something of what I was trying to express – and lots of others were place-holders, positioned temporarily while I was unable to think of a better option. Some of these dodgier word-choices include the character’s eyes ‘rolling back like eggs’, her body ‘a question-mark / in a glitter-full gown’. It’s embarrassing to recall these now, but at the time of writing I tried to free myself from the idea of a probing reader, including myself as a critic. I think you absolutely need this freedom when you start to write something.

Sometimes when I wasn’t sure where the line should end, I’ve let it run on or ended the line arbitrarily – just to see what would happen. If I didn’t do this, the poem would stall and I would lose a sense of my subject or whatever it was that I was trying to suspend in my mind during the act of writing. In the first instance, it feels important to get to wherever the poem wants to lead you, without getting too distracted about a specific word, which you can find when you redraft. I’ve heard a poet usefully describe this process of getting the first draft down as getting the poem ‘in your net’. Other writers might recognise that sense of relief when you can start to let go of the initial trigger, the feeling or image in your mind, and concentrate on the words on the page, when you have physical material to work with. Of course, this only describes one of many possible strategies for writing poems.

In each draft, I’ve tried alternatives in those ‘placeholder’ positions; for example, by the third draft she’s wearing a ‘dilettante dress’. Looking at the poem now, I notice how simple this became in the final version, just ‘a long dress’. Other lines stay the same from the first draft to the last. Sometimes I’ll bring something off the computer screen and back into a notebook to go through some more handwritten drafting, before typing it back up again – this usually means I’d hurried to the laptop too quickly. Quite often I’ll get so far with a poem and then, in the cold light of critical reflection I won’t be able to see anything of value in it. This isn’t a question of re-drafting, but of realising that you didn’t retrieve something properly in the first place.

Whatever I end up with, there is an enormous amount of versions, unshapely drafts, scribblings-out, lengthy Word-docs, loose ends, incomplete or incompletable work, not to mention a paraphernalia of unrealised ideas, wannabe poems or unrelated fragments surrounding the space of a piece of work as it develops. On the whole, I don’t throw away all these efforts and errors, because they are essential. Actually they are what I enjoy about writing. ‘Making mistakes’ is another name for the way in which we learn new ways of communicating, through asking questions, experimentation and play. 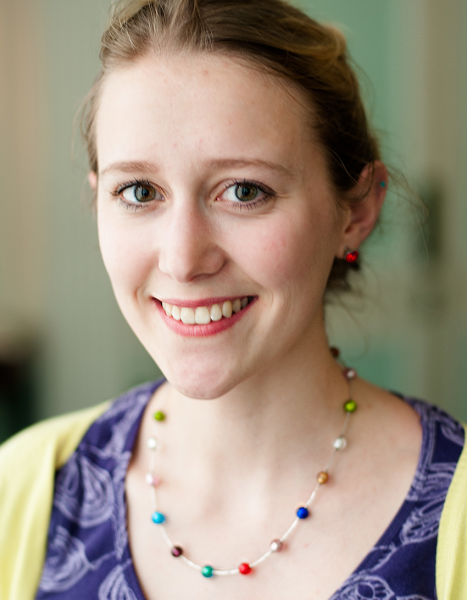 Phoebe Power received an Eric Gregory Award from the Society of Authors in 2012 and a Northern Writers’ Award in 2014. She has collaborated with other artists on projects including a live performance of her pamphlet, Harp Duet (Eyewear, 2016), and Christl, a video installation with poetry, visual art and sound. Her first full collection Shrines of Upper Austria (Carcanet, 2018) is a Poetry Book Society Recommendation and shortlisted for the Forward Prize for Best First Collection.