Home » Blog » How I Did It: Eric Gregory Award – Zohar Atkins on ‘System Baby’

Welcome to the third instalment of our Eric Gregory Award 2018 ‘How I Did It’ series. We asked the winners of this year’s awards to explain the process behind one of their award-winning poems. In this piece, Zohar Atkins writes about ‘System Baby’, Heideggerian ontology, and writing poems in resistance to ‘unsayability’. The Eric Gregory Awards will close for entries on the 31st of October, 2018.

The title of this series –‘How I Did It’– is a provocation. What did I do? Who is this I called on to answer for the person who wrote the poems grouped together under the title System Baby? I don’t think of my poems as accomplishments or deeds, so much as dream receipts, fossil-like evidence of moments I was compelled to abandon my immediate world and take shelter in the monastery of language. But that’s just me writing right now. When did it – my journey into the wilderness of poetry – begin? When does life, consciousness, identity, myth, begin?

Questions of authorship, of intention, of poetic statements, soon become questions about the nature of the cosmos, cognition, epistemology, hermeneutics, and politics. How many pins and needles are currently fox-trotting on the head of an angel? X says 10, but Y says they’re waltzing. Y’s students say Y misspoke and meant twerking. Z says it’s not an angel, but a quark, and U says it’s a shoulder.

I try to write poems that elude my control, resist my understanding, and defy my standards and expectations for what makes a poem good. All I know is that I don’t want to know what word or line will come next. Writing poems is like shadow boxing, except I’m the shadow. Or, it’s like wrestling with Jacob, but from the angel’s point of view, or the view of the videographer who just came for the food and the networking. I still deny that I’m a poet, since poetry is a synonym for what is just out of reach. Calling myself a poet would feel a bit like calling myself an idolater.

I am more committed to poetry as a (contemplative) practice than I am to the so-called ‘craft’ of writing. Ashbery’s notion of poetry as ‘just walking around’ resonates. My poems may be ‘about’ certain things –the reader can decide what they are– but the content of my poems is not as important to me as their attempt to offer an experience of wonder. My aim is to defamiliarise the obvious while making the strange and foreign intimate and recognisable. This is an aim that takes me beyond the page to the art of living.

Here’s how it happened: I was a doctoral student in Theology writing on Heidegger. Every time I tried to write a sentence, the words buckled under me and the earth threatened to swallow me. I realised the absurdity of writing a thesis on Being, of making claims about ontology, of using statements to decry the limitations of statements, of submitting myself to the binary logic of valid/invalid, correct/incorrect, while writing about a thinker who challenged these binaries with the term ‘unconcealment’. But I ‘had to’ press on if I were to become a professional scholar. I needed that passport that would afford me citizenship in Academia. I finally got it, but my patriotism waned. My love of thought – and my frustration with the way that thought has become regulated in the academic humanities – led me to read and write poems as a form of resistance.

Here’s how it happened: I was a rabbinical student in love with the divine and inspired by the spiritual mastery and daring creativity of the rabbinic-mystical tradition, but largely alienated by the way I was expected to read and interpret classical Jewish texts through a reductively historical and legal framework. As per my namesake, I wanted to become a darshan (radical exegete) in the mode of those Kabbalistic sages, but my training demanded I be a critic, analyst, and scholar. Reverie and ecstasy were considered politically irresponsible and aesthetically gauche, the stuff of fundamentalists. We were better than that, knowing how to contextualise and point out the shortcomings of any particular idea. Here, too, poetry offered me succour, helping me pursue an alternative course. If I wanted to become a rabbi in the sense that originally inspired me, I realised I couldn’t just narrate a text, I had to commune with its essential mystery. I needed to embrace Wallace Stevens’s injunction, ‘Not ideas about the thing, but the thing itself’.

Poetry is my dissent, but it is also my hope. I read and write poetry because I find that poems say what nothing else can. They say, most of all, what exposition cannot. Is this ‘unsayableness’ the divine? Being? Spirit? Truth? Who cares? Once we are asking, the question becomes one of branding rather than experience, of marketing rather than intimacy. For me, a poetic life is the best way I know how to be a thinker and rabbi. Reading and writing poems constitute a few constants in such a life, but ultimately what matters is not what we read or write, or how much, but how we listen, love, and hold ourselves in each moment of the day. Poetry is an exceptional way to train the mind and heart to reveal the awesomeness of being here.

I was six when I first filed for moral bankruptcy
I was ten when they told me language is inherently classist.
At thirteen, I started defining kindness
as ‘making nice to those who like your favorite teams’.
At twenty, I hired a ghost to write my LinkedIn profile.
At thirty, I started radiosuctive parole therapy.
At forty-one, I began to look sideways and call it inward.
At eighty-six, I’m a work in progress.
Today, at 120, I’m a proud piece of gum,
who’s almost forgotten the countless nights it took me,
locked in the shoe of the human mind,
to get here to tell you: don’t let others humanize you.
Don’t let them take away your objectivity
no matter how much they brutalize you. 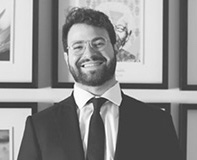 Zohar Atkins is the founder of Etz Hasadeh and a Fellow at the Shalom Hartman Institute of North America. He holds a DPhil in Theology from Oxford, where he was a Rhodes Scholar, and rabbinic ordination from the Jewish Theological Seminary. He is the author of An Ethical and Theological Appropriation of Heidegger’s Critique of Modernity (Palgrave, 2018) and Nineveh (Carcanet, 2019). His poems appear in PN Review, New Poetries VII, Blackbox Manifold, The Glasgow Review of Books, and elsewhere.

Shadows on Shingles by Paul