Home » Blog » How I Did It: Eric Gregory Award – Jenna Clake on ‘The Cow Whisperer’

Welcome to the first instalment of our Eric Gregory Award 2018 ‘How I Did It’ series. We asked the winners of this year’s awards to explain the process behind one of their award-winning poems. First up, Jenna Clake writes about ‘The Cow Whisperer’. The Eric Gregory Awards 2019 will close for entries on the 31st of October.

There is an episode of Blue Planet II where an octopus hides itself from a shark. The octopus hides by covering its whole body in beautiful shells, debris. This is how I like to see my writing process: gathering nearby objects, ideas, memories, covering myself until I wriggle out from underneath, leaving the poem standing there. This is to say that there is no organised way that this poem, ‘The Cow Whisperer’, came to be written, but there are, perhaps, multiple shells that should be mentioned.

One Christmas, I asked my parents for a ‘big’ book to read. I was rushing through everything I was given. A bigger book would take longer, I thought. My parents bought me the first three books from A Series of Unfortunate Events, bound in one large copy with a dark green cover. I felt like I had been short-changed; I wanted one long book. Still, I read all three in as many days, saved and bought the rest with my pocket money, read them, waited impatiently for the final book to be released.

I decided to write a series of ekphrastic poems for my MA dissertation in Creative Writing. This was an attempt to make sure I didn’t run out of material, inspiration – there is an endless amount of artwork to see, as there are endless books or poems to be read.

I grew up in a small town in the countryside. With nothing else to do, I used to go running or for a walk down the lanes. My route took me past a dairy farm. The cows called to me.

I read Jenny Offill’s Dept. of Speculation during a pivotal, frightening month of my life. Jenny Offill writes about secret lives.

When I was younger, all parties were held in village halls. Their floors were dirty, their chairs falling apart. Tables were always covered in paper cloths. There would be notices up for local groups, posters stuck to the walls, old birthday banners shoved in cupboards.

I was working in an office when I wasn’t in my dissertation workshops. I had written enough poems about my colleagues, the printer malfunctioning, how I worked with four different people named Tom.

In an interview with Tin House, Richard Siken says: ‘The idea of ekphrastic poetry — poems about paintings — both interested and repelled me. It seemed cheap, seemed like cheating.’

In primary school, all the girls in my year talked about a film called The Horse Whisperer, which I hadn’t seen. (I still haven’t seen it.) When she got home from work, my mother watched a programme called The Dog Whisperer. Why is whispering thought to solve problems?

Christien Gholson writes that the original intention behind his collection of prose poems, On the Side of the Crow, was ‘for it to be like a walk through a gallery — but a moving gallery, a gallery without walls, a gallery of stories rising from the faces I passed every day on the street’.

The poet Luke Kennard sent me a link to Anne Boyer’s poem ‘The Revolt of the Peasant Girls’. It is possibly my favourite poem in the world. It is funny, sad, angry, intelligent. In Boyer’s poem, a group of girls wages war on patriarchal society, with the help of a sow:

Though we would have preferred a pony, the revolutionary subject was a sow. The sow explained black magic, class struggle, seasonality, theories of gender, the agricultural optic. When the sow showed up, we were ten.

The girls receive dreams and visions. They are taught ‘the shame of walking around without tops at the town pool’. They are small, ‘but not as small as you think’. The girls say, ‘No one milks a pig. You only slaughter it.’ You milk and slaughter a cow.

In The Ekphrastic Encounter in Contemporary British Poetry and Elsewhere, Michael Benton comments that responses to artworks can be ‘either interference or enhancement’.

I want to write poems where the reader feels surprised. This can be a small revelation, like reading a line and being startled by how the poet got there.

The seventh book of A Series of Unfortunate Events is called The Vile Village. In The Vile Village, the Baudelaire children are victims of the idiom ‘it takes a village to raise a child’. Everyone in the village is their legal guardian. The village worships crows, has lists of contradictory, difficult, and preposterous rules. If a rule is broken, the perpetrator is burned at the stake. There are so many mobs in A Series of Unfortunate Events.

In Currently & Emotion, Sophie Collins writes: ‘Ekphrasis is a mode plagued by sexist designs due to the wholesale reliance of many of its critics on the analogy of the male gaze.’

In an interview with Charles Simic, James Tate said, ‘I love my funny poems, but I’d rather break your heart. And if I can do both in the same poem, that’s the best.’

You remember too much,
my mother said to me recently.

Why hold onto all that? And I said,
Where can I put it down?

I spent one lunch at the art gallery on my university’s campus, looking for paintings to inspire my poems. I saw Jean-François de Troy’s ‘Jason Taming the Bulls of Aeëtes’.

The cows were threatened with becoming beef. They laughed at the predictability of the threat, as a person laughs when they nervously leave their car somewhere strange overnight and return the next morning to find it stolen. The people said the calves would be taken away. The cows whispered about veal when the people were sleeping, and placed the calves in the centre of the field during the day.

The cows lay in a circle. A person would walk towards the cows and afterwards, they would say, I was walking to the cows, and then I suddenly needed to walk the other way. A few people began to believe that the cows were powerful. They tried to join the circle but could not. Most people grew afraid of the cows. Children’s bedtime stories were adapted to include cows as thieves, cows as bullies, cows as child-eaters. All books containing positive or neutral information about cows were burned at the town barbecue.

The people called the Cow Whisperer. He was said to have sorted out situations like this before. The Cow Whisperer, contrary to rumours, wore a suit. The people watched him talk to the cows. The cows stood up and turned away from him. The Cow Whisperer, in an act of desperation, is thought to have said, Give up now. Do you really think this is going to make things better? The cows are said to have looked at him blankly, as though he were a tourist asking for directions to an attraction that was directly behind him.

The people called an official meeting with the cows. The Cow Whisperer would mediate. The people served scones with jam from Tesco and cream made from the cows’ milk. Some cows cried. Some cows refused to continue with the meeting. Most cows joined the meeting and glared at the people. They let the people speak, uninterrupted. As a peace offering, the people presented the cows with sacks of improved food. You can eat this now, they said, smiling. The cows looked at each other, and began to bite the straps of the bells around their necks: We are not pieces of meat, they said. The people looked to the Cow Whisperer, who was hiding underneath a table, cramming scones into his mouth. 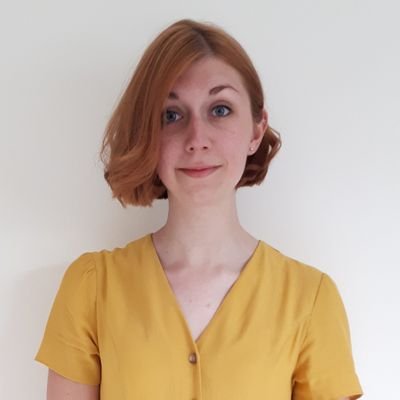 Jenna Clake‘s debut poetry collection, Fortune Cookie, was awarded the Melita Hume Prize, and shortlisted for a Somerset Maugham Award. A pamphlet of her prose poems is forthcoming from Verve Poetry Press. In 2018, she received an Eric Gregory Award from the Society of Authors.