Anyone who loves reading knows that there’s only one thing better than words. In certain books it’s hard to even call those things ‘pictures’ because that sort of suggests something flat and two dimensional that you can rest your cup of tea on. In those books, what we are actually talking about is a) windows and b) escape.

So it was for me as a child when I read my favourite book Masquerade by Kit Williams. At points I existed inside that book, the same way I would sit in the garage by the tumble dryer listening to the birds sing. Masquerade has become a very real memory – like a place I’ve been to.

With this in mind I recently wrote to Kit, asking if he ever illustrates poems, thinking that there might be a small chance he would offer to illustrate a whole book of mine for free, seeing as he was my greatest influence and that some symbiosis would therefore exist which would magically take care of boring stuff like money and the fact that I am not as good a poet as I think I am. No, he doesn’t do that, said his wife. But would you like to come to a private view at our cottage?

Yes. Yes I would. 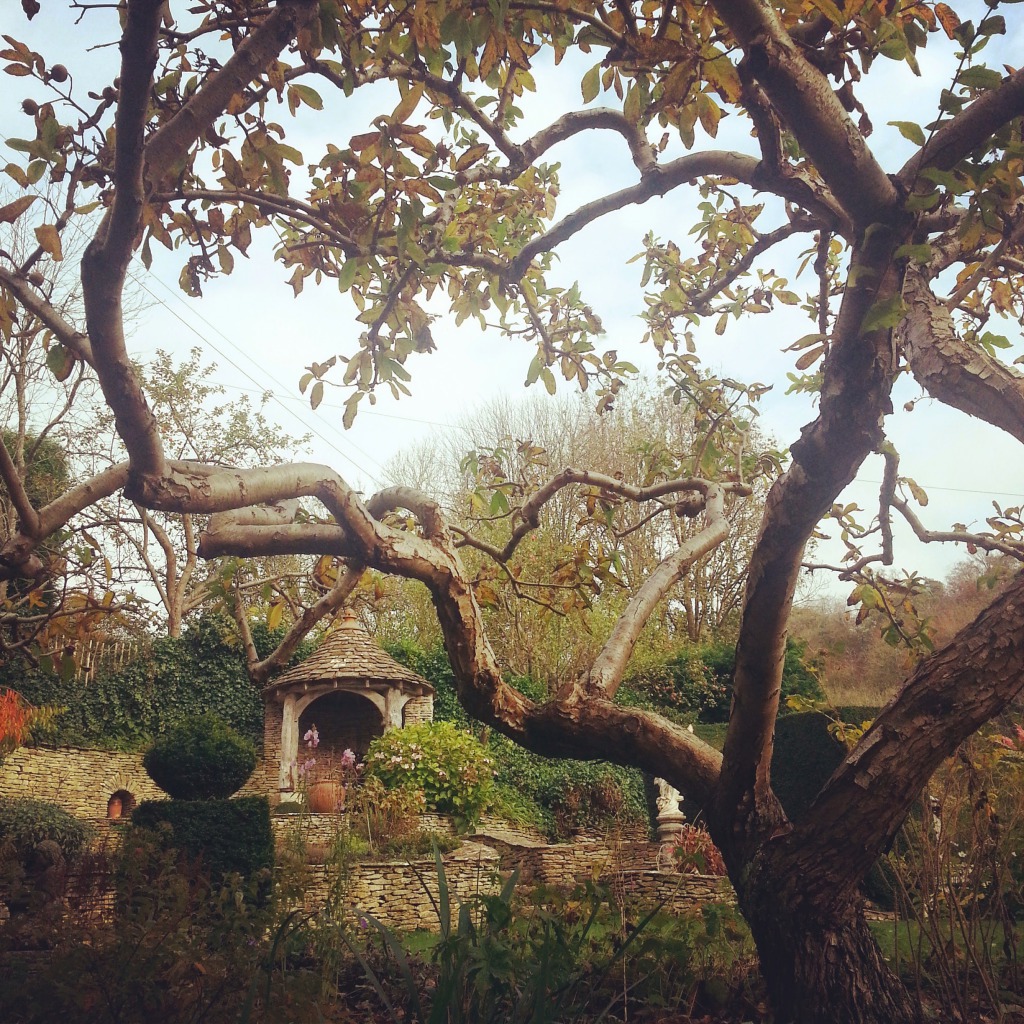 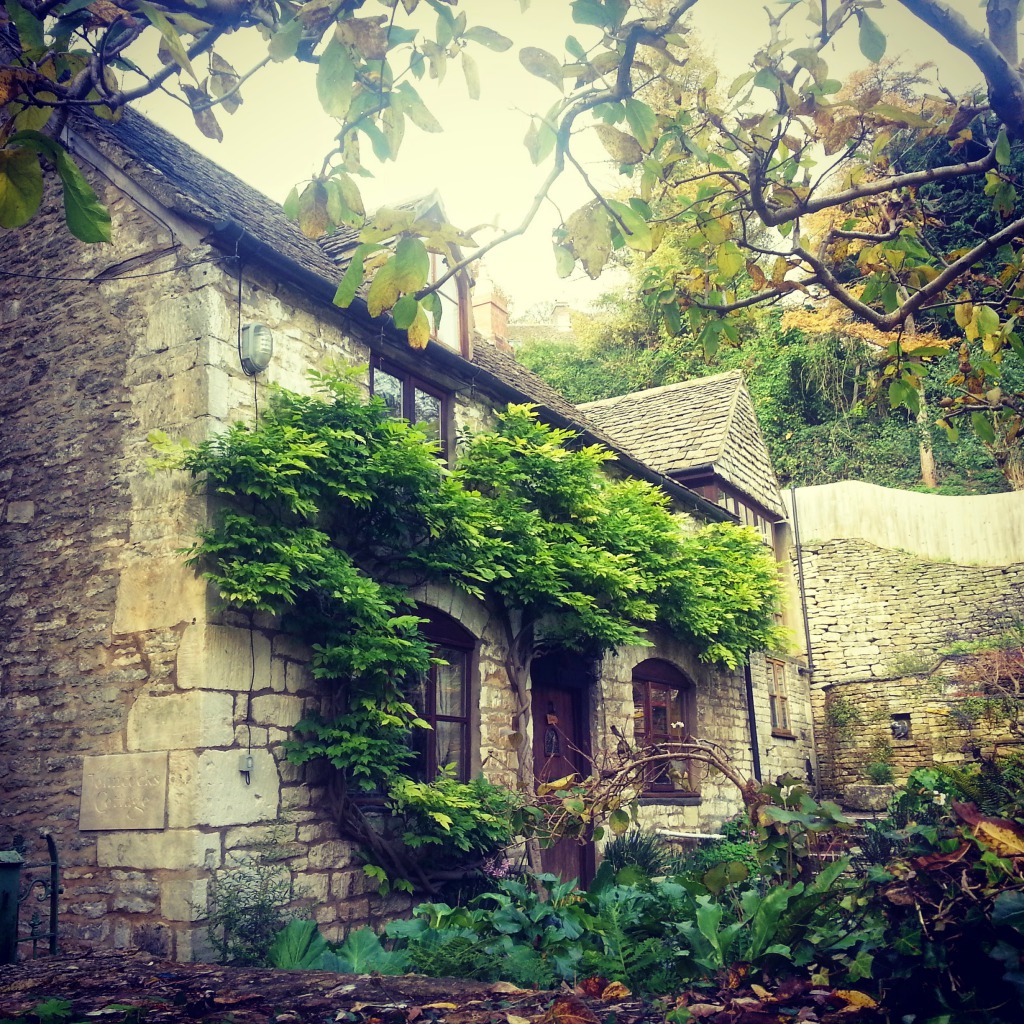 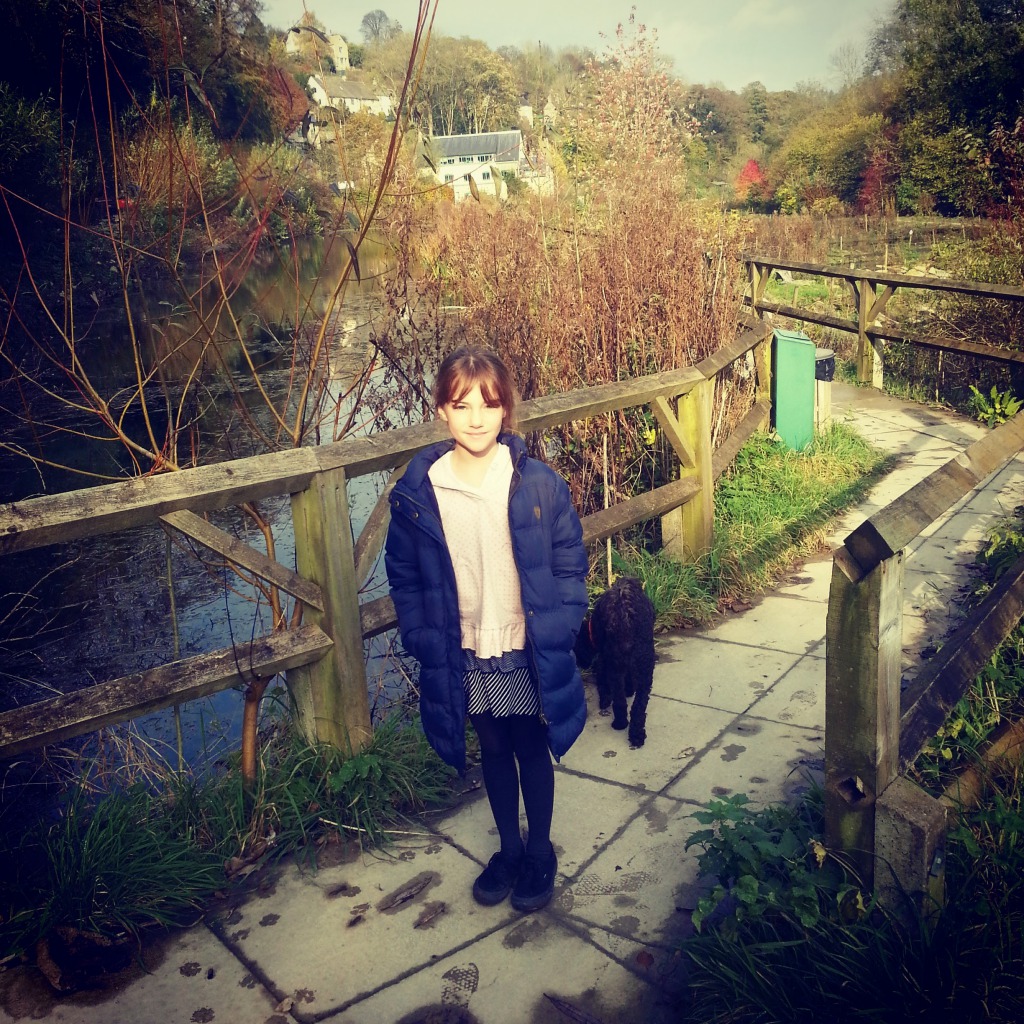 So my daughter Flo and I set off on a treasure hunt to Gloucestershire. Flo also loves Masquerade, looking for the hares on every page, the weird jelly hare, the hill that turns into a hare. We arrived at the B&B which had a green man knocker, a door that mysteriously opened on its own and a Cocker Poodle called Nero. Our host Caroline offered to drive us to Kit’s cottage the next day, which was very nice of her as it is far far away.

After driving around for some time with Nero reclining on Flo, we asked someone where we were and what was going on. He told us to ‘find the yellow flag’ which felt in keeping with the strangeness of the situation. We drove about a bit more and finally came across it. After parking up and following yellow ribbon after yellow ribbon through the countryside we were suddenly outside Kit Williams’ studio and oh my gosh there was Kit himself. 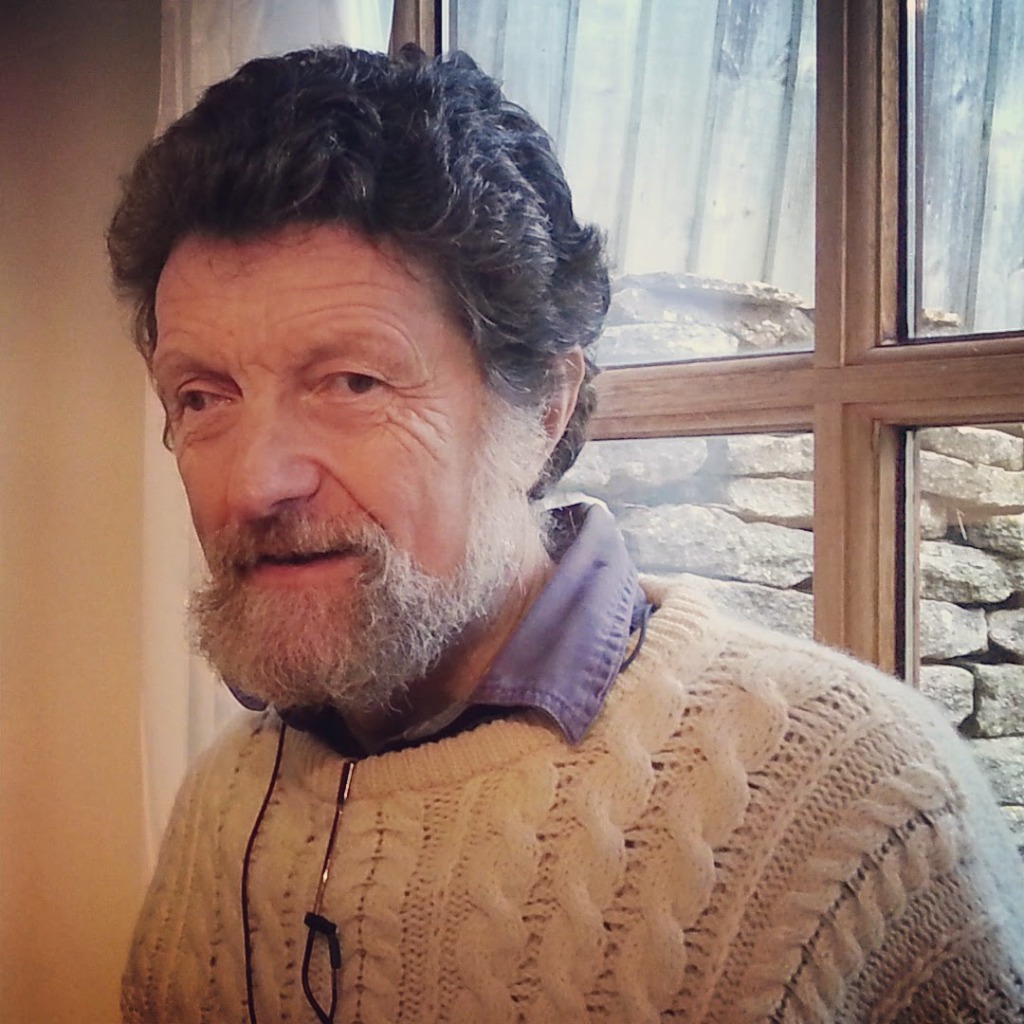 I’ve always been a bit of a groupie, but this was something else. Because Kit is the real deal – he doesn’t care about adulation or any of the ego stuff that we get bombarded with every day. He is simply a painter, and an exceptional one – it’s all he does. Maybe that is a bit olden days, and no it’s not good to mythologise a certain type of artist and it’s certainly not fashionable at all. But Kit’s work transcends all that. Looking at the paintings I felt as if I’d been punched in the eyes.

I shook his hand and Kit signed a book for Flo with the words ‘Follow the Dipper along the stream’ which referred to the little bird in ‘Pebbles from the Brook’. I spun the painting that went round and round and Kit told us the stories behind the paintings which were incredibly vivid and strange and which I couldn’t stop looking at – a lady eating an apple, butterflies, a sleeping lover, a monkey. I wondered what my poems would have been like if I’d never seen his pictures, and I thought about the strange way that different worlds resonate and get passed along. 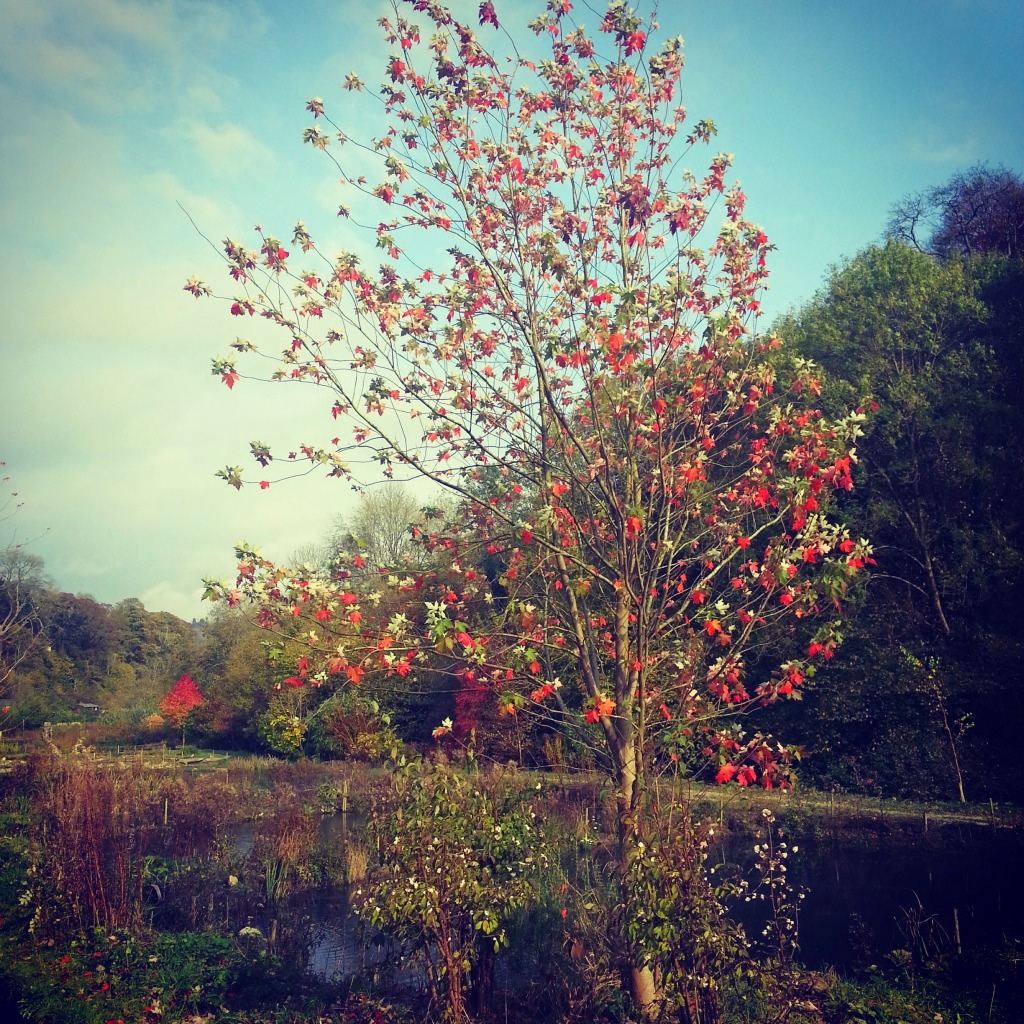 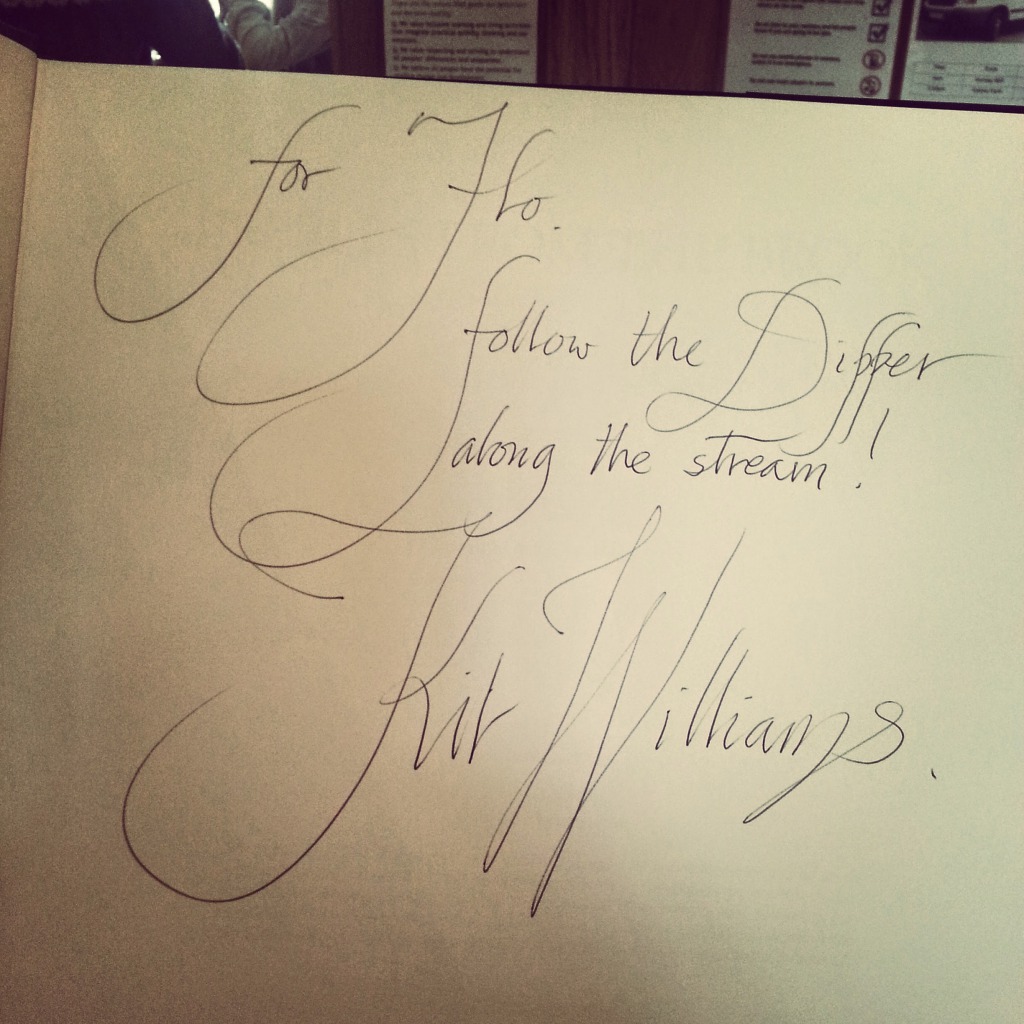 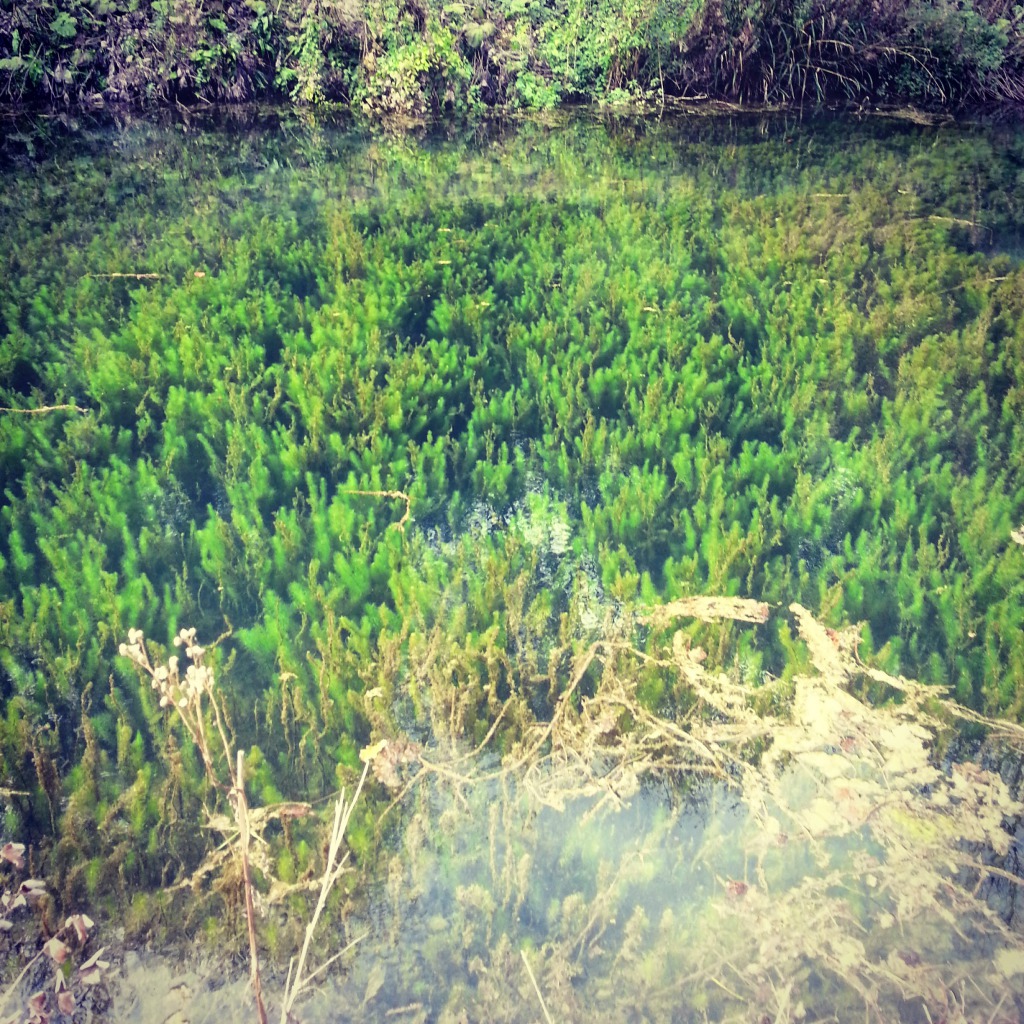 Caroline took us for a walk afterwards and we passed the trout farms and trees that looked Japanese in the Autumn. We also saw a heron in flight, which is something none of us had ever seen before. The landscape was especially beautiful as the sun was out and everything was bright and wild. That evening Flo and I watched a documentary about Kit, the amazing way he works and how he used to sit on the beach making boats. The night before a Red Admiral butterfly had flown out from under my bed at about midnight, but we didn’t see him again. I think he’d found his way out. 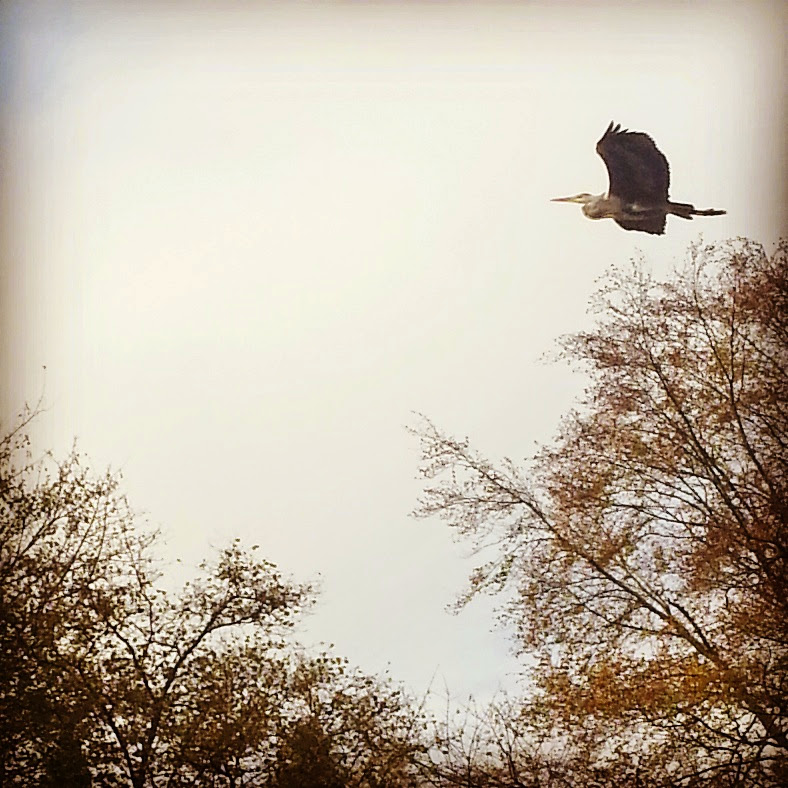 Image: from Masquerade by Kit Williams