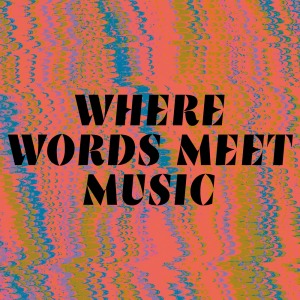 Put a spring in your step with this 6-week course exploring the relationship between words and music.

* To ensure the safety of our tutors and students, this course will take place on video-conferencing platform, ZOOM *

Through workshops and writing activities we will think about what poems and songs can learn from each other and get creative to inspire new ways of approaching your writing.

The course will be steered by singer and composer Ben See, and shaped by four fantastic guest tutors to take the learning in different directions: Rowan Evans, a poet and sound artist; Alice Zawadzki, a vocalist and performer; Samantha Whates, a songwriter; and Richard Scott, a poet who started his career as an opera singer.

Each session will involve exploration and discussion, alongside writing tasks and feedback, in the tutors’ areas of expertise. We will build towards an informal sharing session in the final week, to celebrate and showcase some of the exciting new work produced on the course.

This course is open to all, whether you’re a songwriter wanting to push your lyrics into new ground, a poet keen to explore sound, a singer who wants to write, or something else entirely. All levels of experience welcome. This will be a supportive and encouraging space to approach something different and see where it goes.

Samantha Whates – The craft of songwriting

More information about how all our face-to-face courses work can be found on the Face-to-Face courses page.

About Ben See and Guest Tutors

Ben See is a singer and composer from London. He specialises in new vocal music and song writing. He also works regularly with choirs and vocal groups. Ben’s music has been played on BBC6Music, BBC Radio3, BBC London and Resonance FM. In fact, he was chosen as one of Tom Robinson’s ‘Fresh Favourites of 2015’ on BBC6Music. Recent compositions include an #AdoptAComposer collaboration with Stoneleigh Youth Orchestra (funded by Making Music, PRS Foundation and BBC Radio3) and a large scale choral work for three choirs commissioned by Whitstable Biennale. Future projects include his debut album blink blink and an on-going collection of lyric poems. Ben has also launched his own record label. LaLaLa Records is a platform for new vocal music, and supports emerging composers, performers and ensembles.

Rowan Evans is a poet, composer and sound artist. He received an Eric Gregory Award from the Society of Authors in 2015 and is the author of The Last Verses of Beccán (Guillemot Press, 2019), cante jondo mixtape (If a Leaf Falls Press, 2017), ODE RHIZOME MOUNTAIN SONG (Moot Press, 2016), freak red (Projective Industries, 2015), and returnsongs (Wide Range, 2012). A selection of his work also appears in Penguin Modern Poets 7: These Hard and Shining Things (Penguin, 2018). Rowan composes music and sound for performance, theatre, film and installation and is artistic co-director of the interdisciplinary performance collaboration Fen. He co-edits Moot Press and co-curates the ANATHEMA reading series.

Alice Zawadzki is a vocalist, violinist, songwriter and composer. Her work as a performer has seen her gain considerable repute as “a genuine original” (The Guardian). She released her debut solo album China Lane (Whirlwind Recordings) in 2014, a collection of original songs and arrangements infused with modern, ancient and invented folklore. China Lane was made Album of the Week by BBC Radio 3, and made the The Guardian’s Best Albums End of Year List, described as “beguiling, unorthodox and pure” by The Independent, and “a real force to be reckoned with” by Jamie Cullum. The success of China Lane also led to her nomination for British Vocalist of the Year by both Jazz FM (2015 and 2018) and the Parliamentary Jazz Awards (2015 and 2017).

Samantha Whates is a songwriter and vocalist born in Scotland, and now based in London. She released her debut album Dark Nights Make For Brighter Days on the Norwegian label Rune Grammofon. The record is confessional and conversational, with Samantha’s intriguing lyricism reminiscent of her Scottish roots. She has since released two EPs with her other songwriting project PicaPica. The band is a collaboration with Josienne Clarke and is released through Rough Trade Records. She has just released her second album Waiting Rooms, recorded live on location in various waiting rooms around the country.

Richard Scott is a poet published by Faber. He used to be an opera singer but the “inhuman rigours” of the profession left him seeking escape. “After years of obsessing over texts, librettos and poetry that had been set to music, poetry seemed to me like almost a logical step. It became clear to me that when you took the music away, there was still a ‘music’ and a rhythm to the poem – and that fascinated me.” Richard’s chapbook Wound won the 2016 Michael Marks Award and his poems have appeared widely in magazines and anthologies including Poetry Review, Poetry London, Swimmers, The Poetry of Sex (Penguin) and Butt Magazine. He has been a winner of the Wasafiri New Writing Prize, a Jerwood/Arvon Poetry Mentee and a member of the Aldeburgh 8.