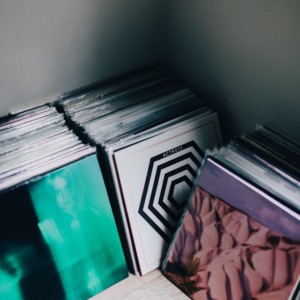 Poetry and song combine in this 5-session course shaped by exciting voices from the music industry.

* This course will take place on video-conferencing platform ZOOM *

On this course we will explore the relationship between words and music. Through workshops and writing activities we will think about what poems and songs can learn from each other, and how these worlds can work together.

The aim of the course is to get creative and inspire new ways to approach our own writing and inform our craft. Every session will involve elements of exploration alongside short writing tasks and responses. We will build towards an informal sharing in the final week to celebrate each other and showcase a little bit of our own work.

The five-session course will be steered by singer and composer Ben See, and shaped by three fantastic guest tutors to take the learning in different directions. Mary Erskine (aka Me For Queen) is a songwriter, Ana Silvera is a vocalist and composer, and Peter deGraft-Johnson (aka The Repeat Beat Poet) is a hip hop poet and broadcaster.

This course is open to all, whether you’re a songwriter wanting to push your lyrics into new ground, a poet keen to explore sound, a singer who wants to write, or something else entirely. All levels of experience welcome. This will be a supportive and encouraging space to approach something different and see where it goes.

5 weekly Zoom sessions on Wednesdays, 7–9pm (GMT), starts 25 January 2023. To apply for a concession rate, please send relevant documentation showing your eligibility for one of our concessions to [email protected] Conditions of eligibility are detailed here. More information about how our Video Courses work can be found on the Video Courses page. If you have any questions or wish to be added to the waiting list of a sold-out course, please email [email protected].

About Ben See and Guest Tutors

Ben See is a singer and composer from London. He specialises in new vocal music and community singing projects. Ben’s music has been played on BBC 6 Music, BBC Radio 3, BBC London and Resonance FM. His compositions have been sung and performed in concert halls and venues all over the UK, including the Southbank Centre, Kings Place, and the Union Chapel.

Mary Erskine makes music under the name Me for Queen. With a voice often likened to Carole King and Regina Spektor, training in classical piano, and influences ranging from Björk to Chopin, she is rapidly winning acclaim for her beguiling ‘soul-folk’ songcraft, blending traditional folk storytelling with a contemporary edge. Growing up in rural Fife/Scotland, years of classical training together with a Blues guitarist for a father make for an interesting mix of soul and folk. Mary has enjoyed support from BBC 6 Music, BBC Radio Wales and BBC Scotland; the album was Record of Note on Roddy Hart’s show and the single, Loose End, was Single of the Week on the Janice Forsyth show.

Ana Silvera is an English singer-songwriter, multi-instrumentalist and composer. Silvera’s solo music can be characterised as folk in style, but draws on diverse genres including jazz, pop, and contemporary classical. Drawing on stories from her own eventful life as well as folklore and myth, Ana’s songs are vignettes, poignant snapshots in time that weave poetry and melody to magical effect. Ana has performed at major venues such as The Roundhouse, Aldeburgh, Sage Gateshead (UK), and in 2018, her BASCA-nominated song cycle Oracles (Gearbox Records) was released and listed on The Guardian’s end-of-year Critics List.

Peter deGraft-Johnson is The Repeat Beat Poet, a London-based poet and emcee who fuses stream-of-consciousness writing and hip hop culture to capture and extend moments of time, thought, and feeling. The Repeat Beat Poet has performed across the country and internationally, with appearances at The Royal Albert Hall, the Edinburgh Fringe, Spoken Word Paris, and he is a multiple slam champion (including the Genesis Slam and Hammer & Tongue) and the reigning Nozslam Champion. Peter also regularly produces & hosts the monthly spoken word nights Boomerang and Pen-Ting, and his own hip hop & spoken-word radio show, #TheRepeatBeatBroadcast.

‘Poetry School has opened up and welcomed me into a world I never anticipated. It has also encouraged me and made me realise my talents as a poet.’