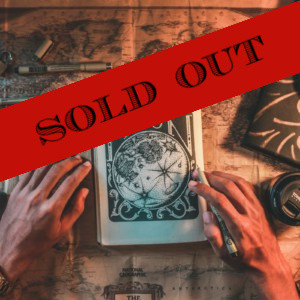 Explore poetry’s origins in oral magic and myth to begin groundwork for your own grimoire.

‘For the Scandinavians the wisest person- she who knows most of the structure of the cosmos is also the most skilful poet. It is, hence, appropriate that the god who is compelled to search out the facts of the cosmogonic scheme is the god of poetry.’ – Peter H. Salus & Paul B. Taylor, Introduction to The Elder Edda 1969, Faber & Faber.

‘In addition to the inclusion of magical words from foreign languages, a common feature of many grimoires is the use of strange alphabets, ciphers, and signs to represent specific deities, demons, or other hidden forces.’ – Michael Moynihan

In his poem ‘The Song of Hiawatha’, Henry Wadsworth Longfellow used the metre of the Kalevala – a 19th-century work of epic poetry, compiled from Karelian and Finnish oral folklore and mythology by Elias Lönnrot. Dolores Ashcroft-Nowicki, established grand-dame of Western Magic, said of this metre ‘this peculiarly mind-entangling beat is called a trochaic tetrameter, and it is a very suitable beat for spell casting, as it tends to go round and round in your head like a popular song… in fact, the more you dislike the tune, the more it seems to repeat itself – a good sign of its effectiveness’.

If we take an ethnographic and sociocultural approach, rather than the reductive colonial histories of academic studies of poetry, we find the language of poetry has its origins in magic. When and how poetry’s bifurcation from magical practice began is not as important as the recognition that poetry as a language was never intended to be ‘sterile’ but rather a living, oral practice. As Ashcroft-Nowicki states ‘it was held essential that anyone with pretensions to being a magician should have this talent to make up and sing his or her own spells. We see an echo of this in the Bardic system of the Celts and Cymry’.

In this Masterclass, we will investigate this heightened sense of language – what Anthony Jospeh calls the ‘origin of the world’ – through its early iterations in magical texts and fairytales, both Eastern and Western, using The Poetic Eddas and Icelandic magic as our centrifugal force, as this is where we find the highest reverence of poetry – Odin is considered the Divinity of Poetry itself. This course will help you advance your poetic practice through the language of magic, as we explore runic texts and how kennings can provide a key into these works, while the new poems we produce may begin groundwork for your own galdrabók or grimoire.

Masterclasses are an expanded version of our International Courses, with a much deeper consideration of technical craft and critical theory. These 12-week courses (maximum 10 places) are for advanced students only, and fluency with poetic language and ideas will be assumed. There are no live chats and they are suitable for UK and International students.

To apply for a concessionary rate, please send relevant documentation showing your eligibility for one of our concessions to [email protected] Conditions of eligibility are detailed here.

If you have any questions or wish to be added to the waiting list of a sold-out course, please email [email protected] For more information visit our Online Courses page.

I really enjoy Sascha's desire to go into the strange and difficult places with poetry. I did her course on Death as well a while back & have gained confidence in both courses.