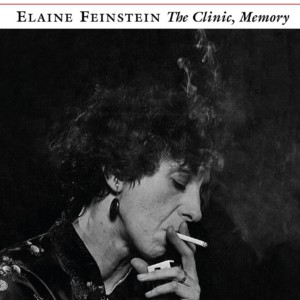 Explore the work of renowned poet Elaine Feinstein, under the expert guide of poet, critic, and her son, Adam Feinstein!

* This course will take place on video-conferencing platform ZOOM *

In this wide-ranging course, Adam Feinstein, the acclaimed biographer and translator of Pablo Neruda and Rubén Darío, as well as poet and film critic, will sweep students through the extraordinary life and work of his late mother, Elaine Feinstein, who died in September 2019.

Each session will explore a different aspect of Elaine’s many-faceted career. She was a poet (she published fifteen collections, with Ted Hughes writing that her poetry ‘follows the track of the nerves’, while George Steiner described it as ‘instinct with caring, with a rare intelligence of pain’). She was a celebrated translator, in particular of the Russian poets, Marina Tsvetaeva and Anna Akhmatova. She was a novelist with an immense range (from personal dramas, such as The Circle and The Amberstone Exit, to the thriller, Dark Inheritance, and the remarkable hybrid, The Russian Jerusalem, an autobiographical novel in which she mingles with the ghosts of writers such as Akhmatova, Boris Pasternak, Osip Mandelstam, and Joseph Brodsky).  And she was a noted biographer (of Pushkin, Tsvetaeva, Akhmatova, D.H. Lawrence, and Ted Hughes, among others).

Along the way, Adam will highlight the key influences on Elaine’s work – in particular, the modernists, Black Mountain poets, and Objectivists – and the important themes running through her writing. He will also take a look at some of the poets she influenced and, throughout the course, will offer illuminating personal anecdotes of growing up with a distinguished writer who helped to run the Cambridge Poetry Festival and travelled the world, alongside his own fascinating journeys with Elaine after his father’s death in 2002 to assist her with her research.

To apply for a concession rate, please send relevant documentation showing your eligibility for one of our concessions to [email protected] Conditions of eligibility are detailed here.

If you have any questions or wish to be added to the waiting list of a sold-out course, please email [email protected]

Adam Feinstein, born in Cambridge, UK, is a prize-winning author, poet, translator, Hispanist, journalist, film critic, and autism researcher. His acclaimed biography of the Nobel Prize-winning Chilean poet, Pablo Neruda: A Passion for Life, was first published by Bloomsbury in 2004 and reissued in an updated edition in 2013 (Harold Pinter called it ‘a masterpiece’). He also wrote the introduction to the English edition of Laberintos by Jorge Luis Borges (The Folio Society, 2007). Other books include his translations from Neruda’s Canto General, with colour illustrations by the celebrated Brazilian artist, Ana Maria Pacheco (Pratt Contemporary, 2013) and another bilingual collection of his translations, The Unknown Neruda (Arc, 2019). His latest bilingual edition of rhyming English translations from the great Nicaraguan poet, Rubén Darío, first came out in Managua in January 2020 and has just been published in a separate UK edition (Shearsman, 2020).

His widely praised books on autism include A History of Autism: Conversations with the Pioneers (Wiley-Blackwell, 2010) and Autism Works: A Guide to Employment Across the Entire Spectrum (Routledge, 2018). Feinstein has given lectures on Neruda, autism and the cinema around the world, including Argentina, Chile, Mexico, Nicaragua, Guatemala, the United States, Russia, China, India, Spain, Italy, Germany, Switzerland and the Netherlands.

His own poems and his translations (of Neruda, Federico García Lorca, Mario Benedetti and others) have appeared in numerous magazines, including PN Review, Agenda, Acumen, Poem and Modern Poetry in Translation. He is currently working on the first English translation of Mario Benedetti’s novel in verse, El cumpleaños de Juan Ángel. He is also writing two novels and a book on Argentinian cinema.

'The Poetry School courses I’ve taken have transformed the way I think about poetry, the way I write and have enriched my life. I have made contacts through the school that have directly impacted on my writing career. Thank you!'