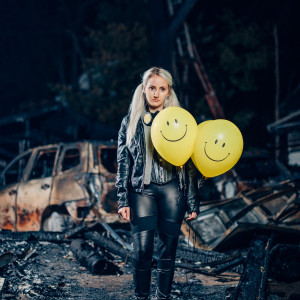 When the apocalypse draws near, can poetry point to a brighter future?

‘We are all engaged in looting the past. (Only the greatest geniuses manage to steal from the future)’ – Donald Barthelme

Where do you see yourself in 500 years’ time? Living in a city underwater? Being discovered as a mysterious fossil by the aliens who’ve inherited the earth? As poets, should we approach the future of humanity with optimism or fear, or a bit of both? How do we best survive the times we’re living in, and the feeling that we’re always on the edge of catastrophe?

This course will explore and inspire poetry about the future, whether that be life-enhancing technologies, climate change, dystopian societies or apocalyptic visions. We will investigate the way the future might look and sound, and what our society will leave behind it for archaeologists and museums.

Participants will respond to poetry by poets including David Tait, Christy Ducker, Matthea Harvey and Jessica Mookherjee and non-fiction including Dylan Evans’s The Utopia Project and Mark O’Connell’s Notes from an Apocalypse.

Suzannah Evans lives in Sheffield and her pamphlet Confusion Species was a winner in the 2012 Poetry Business book and pamphlet competition, judged by Carol Ann Duffy. She has had poems published in The Rialto, The North, Magma and The Poetry Review and her poem ‘Helpline’ has been ‘Poem of the Week’ on the Guardian website. She has been a Hawthornden fellow and was one of the 2015 Aldeburgh Eight. Suzannah works as a teacher of creative writing and a poetry editor. As a teenager she had an obsessive fear of the apocalypse, which has informed and inspired many of her poems, and she still doesn’t know whether it’s best to plan responsibly for the future or party like it’s 1999. Suzannah is the winner of a Gladstone’s Library residency for 2019 with Near Future.

‘It has given me confidence and connectedness with the writing community. It has helped my mental health during the CV-19 lockdowns.’-