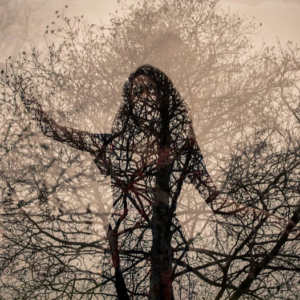 Take inspiration from the botanical world and explore the fruitful grounds between poetry and plants.

‘Poetic knowledge is born in the silence of scientific knowledge […] To put it another way, poetry is a blossoming’ – Aimé Césaire

Join a self-confessed plant-whisperer in this course to explore the fruitful crossover between poetry and plants, parting leaves and branches to reveal the possibility of a poetic parallel universe. From Norse Mythology where man and woman were made from two trees, to Greek legend where Daphne escapes Apollo by turning into a tree, the intimate relation between humans and the plant kingdom has been inspiring creative minds for millennia. We’ll focus on contemporary work by Elizabeth-Jane Burnett, David Morley, Alice Oswald, and others, but equally draw upon material prompts of the plant world itself and existing natural wonders. Learn how plants explode, bleed and quiver, and are used as everything from prisons to root bridges. Draw inspiration from poetic phenomena such as algal bloom or crown shyness, and the ways plants remember, feel, and communicate between themselves. We’ll also embrace the world of plant music, be invited to stethoscope trees, and delve into the etymology of plant names, in our fevered quest to reconsider perspectives around nature and decompose stale modes of writing.

Jade Cuttle works full-time at The Times as Arts Commissioning Editor. Her criticism has also been published in the Guardian, the Observer, the TLS and the Telegraph. She has been commissioned to write poetry for BBC Radio 3, BBC Contains Strong Language Festival and the BBC Proms. As a songwriter, fusing metaphor with melody, Jade has written an eco-themed album of poem-songs ‘Algal Bloom’, released through Warren Records with funding from the PRS foundation and Make Noise. She previously worked at The Poetry Society and has run numerous workshops and courses at The Poetry School. Jade has been an editor at Ambit, a poetry and final judge for the Costa Book Awards (2019), and is currently judging the world’s largest prize for ecopoetry, the Poetry School’s Ginkgo prize, alongside co-judge Simon Armitage.

‘I had never done a workshop before, so I wasn’t sure what it would be like. This was a convenient and affordable way to try out the workshop system. The environment was very supportive. Having finished the course, I think that one of the best parts was getting to connect with people internationally. I was also really impressed with the quality of the writing other people produced.’