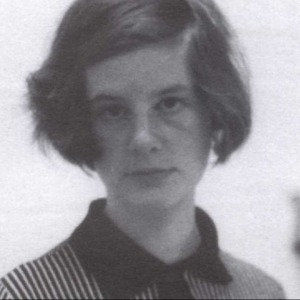 Explore, and argue with, Veronica Forrest-Thomson’s seminal 'Poetic Artifice', as a means for investigating and expanding your own poetic practice.

‘Poetry does in the end say “Beauty is Beauty is Beauty” but this not as a conversation-stopper…’ – Veronica Forrest-Thomson, letter to G.S. Fraser (Cambridge 19/8/74)

Over this twelve-week Masterclass we’ll argue with, against, and through Veronica Forrest-Thomson’s seminal Poetic Artifice (1978). Published after her death in 1975, it provides – along with her small corpus of poems – a searing and uncompromising statement about how writers and readers should engage with poetic language.

For Forrest-Thomson, the encounter with language is total. As she puts it in ‘Sonnet’, “[w]ords were made to prevent us near”. Or as she puts it in Poetic Artifice, taking aim at bad criticism, “in its anxiety to get at the ‘meaning’ behind the words it would overlook the meaning of the words”. The sonic and semantic pattern – combined with “the fact we are reading a poem” – are total. But how sustainable is this approach?

Our sessions will grapple with some of Forrest-Thomson’s main obsessions: rhyme, obscurity, allusion, irony, and what she called “naturalisation” (the process by which we make sense of a poem using context). In the process we’ll look at the writers who were most important to her, from Wittgenstein, Jakobson, and Barthes to Shakespeare, Donne, and Swinburne, along with William Empson, Sylvia Plath, John Ashbery, and J. H. Prynne. We’ll also trace her influence through to poets at work today.

We’ll use all this as a springboard for our own writing, producing new poems out of Forrest-Thomson’s fixations and, in the light of her thinking, meditate on our own poetic artifices.

Will Harris is a writer of mixed Anglo-Indonesian heritage, born and based in London. He has worked in schools, led workshops at the Southbank Centre and teaches for The Poetry School. He is an Assistant Editor at The Rialto and a fellow of The Complete Works III. Published in the Bloodaxe anthology Ten: Poets of the New Generation, he was featured in ES Magazine as part of the “new guard” of London poets. His poem ‘SAY’ was shortlisted for the Forward Prize for Best Single Poem 2018, and he won a Poetry Fellowship from the Arts Foundation in 2019. His debut pamphlet of poems, All this is implied, published by HappenStance in 2017, was joint winner of the London Review Bookshop Pamphlet of the Year and shortlisted for the Callum Macdonald Memorial Award by the National Library of Scotland. Mixed-Race Superman, an essay, was published by Peninsula Press in 2018 and in an expanded edition by Melville House in the US in 2019. His first full poetry collection, RENDANG, was published by Granta in the UK in February 2020 and by Wesleyan University Press in the US later in the year.

Will Harris is very inspiring & this course broadened the range of reading I will be undertaking.’