The Poetry of Magic: the Poet as Seer, Witch, & Shaman 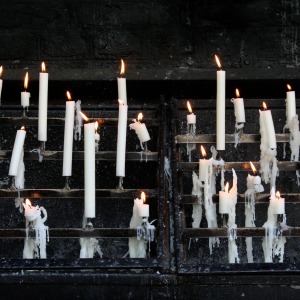 This course will establish a space in which poets can set up parameters for new and challenging writing. We will take inspiration from historical magical documents, with a mind to unravel how language is used in “primitive” writings through Antiquity and the Medieval periods (but not limited to just Western Medieval manuscripts), alongside more contemporary occult literature, to see the effects of these magical texts on their readers, writers, speakers, and listeners, and use this inspiration as a springboard for new writing of our own. We will also explore different ritual practices, and take inspiration from the natural world, occult objects and oddities, to create further poetic and ritualistic work of our own.

Alongside exploring obviously magical resources, we will also read from avant-garde poetry to reveal the connections between these different resistances to common sense, traditional rationality, and linguistic meanings, as well as tracing rise of hexes, rituals, and spells in contemporary poetry. We will also work to unpick the patriarchal concepts of “witches” and “witchcraft”, asking what the broader political and social consequences of these challenge to (common) sense may be.

‘I just wanted to say thank you for the Poetry School workshop you ran yesterday. I wasn’t sure whether to go as I hadn’t been feeling well and it’s a bit of a trek from Sheffield, but in many ways it was the best poetry experience I’ve had in a long while…This was the first event I’ve been to in a long time where I felt challenged, uncomfortable, unsure of what was coming next, and came away wanting to write more.'