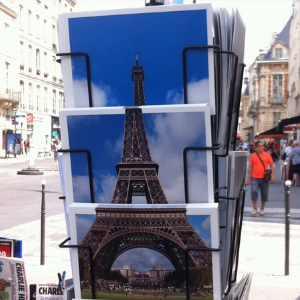 ‘Poetry is an unceasing battle between representation and presence’.

‘Of the snail there’s still the shell, enough
to hold some sky with the rain that’s come
to see inside the shell’

Invitations to French poets to read or perform work in the UK are, at best, occasional, which is regrettable because contemporary French poetry is so broad, vibrant, different, urgent, exciting and linguistically playful, on the page and on the ear. This course extends an invitation to get to grips with what’s being written in France and to faire la connaissance of a range of poets active on the French poetry scene today. In so doing, this course considers the poetry that has fed these poets’ own artistic sensibilities and writing practice. We’ll look at different types of poem – lyrical, experimental, sound, avant-garde – and we’ll think about not only the subject matter of poems and their authors’ common tensions and concerns, but also the processes through which poems have been written. And we will use French poems – provided in French with their translations into English alongside, allowing you to work from one or both sources – as catalysts for our own new writing. Our readings will be taken from the anthology, Writing the Real – A Bilingual Anthology of Contemporary French Poetry (edited by Nina Parish and Emma Wagstaff, Enitharmon Press 2016), and one single author collection, Cold Spring in Winter by Valérie Rouzeau (translated by Susan Wicks, Arc 2009), one of the outstanding stars of the contemporary French poetry. The readings will be supplemented with poems from other books, poems and online sources, including video. No previous knowledge of French is required. Allez, on y va!

This is a repeat course from Summer Term 2019, and consists of  5 fortnightly sessions over 10 weeks. No live chats. Suitable for UK & International students.

Paul Stephenson studied modern languages. Following a gap year in Avignon, he went on to study and work in Montpellier, Lille and Paris. He took part in the Jerwood/Arvon mentoring scheme in 2013 and the Aldeburgh Eight in 2014. He has published three pamphlets: Those People (Smith | Doorstop, 2015), which won the Poetry Business pamphlet competition judged by Billy Collins; The Days that Followed Paris (HappenStance, 2016), written after the Paris terrorist attacks of November 2015; and Selfie with Waterlilies (Paper Swans Press, 2017). He completed an MA with the Manchester Writing School and co-curated Poetry in Aldeburgh 2018 with the Poetry School. He has a blog at paulstep.com where he interviews poets.

‘A light in the darkness of a challenging year. How wonderful to sit and write, read and comment on other writer’s work, open your creative horizons while the world closes down around you. For many of us this has been a life-line of hope, warmth and friendship.’